The Solution to Seattle's Homeless Problem Is Painfully Obvious

More than 15 years ago, Seattle began experimenting with Housing First and then pretty much stopped. Utah kept going and has virtually eliminated chronic homelessness. Can we do the same?

Illustration by Joshua Boulet
A man named Ray sits in the shady weeds under the I-5 freeway near Boren Avenue. Beside him, a tattered couch resides atop a mottled carpet where a Hershey bar lies in a melted heap. Wide-set hazel eyes sit behind oval-framed lenses that Ray says he found on a chair in Occidental Park. His dark-brown hair is overgrown and untamed, and crumbs from his Subway turkey sandwich have made a mess of the baggy black pants that cover his long, pole-thin legs. He says he’s 54 and has been living hand-to-mouth for two years, most of the time in Eugene, Portland, or Seattle.
“Sometimes I go to a shelter, but I’d rather be out here when the weather’s good, plus they kicked me out. Said I had a screw loose or something like that,” says Ray, amid the honk and hiss of the freeway above. Hands slightly trembling as he clutches his hand-rolled cigarette between his fingers, Ray slaps on his St. Louis Cardinals cap, its red beak badly frayed. “Man, I used to work there in a cement plant, south of town. That was a long time ago. I’d like to get back there someday. Just need a little dough.”
“Don’t listen to him, he’s a crazy asshole,” yells a camp compatriot kiddingly.
With that, Ray, with several top teeth missing, smiles like a jack-o’-lantern, and one can sense that some form of mental illness envelops him. Still, when he enthuses in a loud, raspy voice, “How ’bout those Red Birds,” even a stranger might glimpse the illuminant personality that may have bloomed as a younger man.
Ray is a member of a growing community: a homeless population that has swelled by 21 percent in King County in the past year alone. At this point, only New York, Los Angeles, and Las Vegas have greater numbers of people living on the streets than we do.
The signs of this intractable social ill become more apparent by the day: the dispossessed sleeping beneath mottled blankets in downtown alleyways and trash-strewn parks, under freeway ramps and makeshift camps.
“In the last 18 months, it has really exploded,” observes Daniel Malone, the new director of the Downtown Emergency Services Center, “and we are not keeping pace by increasing the number of shelter beds or psychiatric beds.” 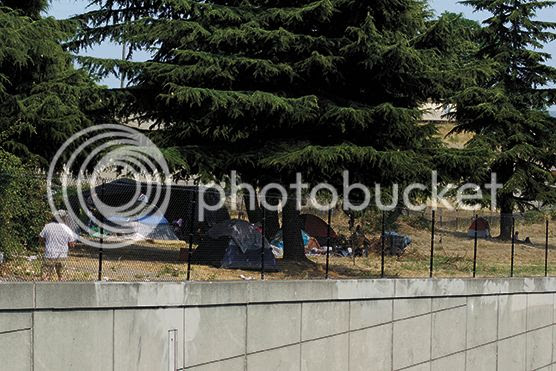 Photo by Christopher Zeuthen
Washington ranks 47th of the 50 states in access to psychiatric beds, according to the Washington State Institute for Public Policy—even though much of the $90 million the state slashed from the mental-health-care system during the recession-ridden years of 2009 to 2013 has been restored.
“By not investing more heavily in mental-health treatment, we are generating more and more chronically homeless people,” opines Vince Matulionis of the United Way of King County. He adds, “It feels a lot worse now, like the homeless are far more visible in Seattle.”
No one knows the numbers for sure, but it’s clear to the Washington State Department of Transportation that there’s been a sharp spike in the number of homeless people, most probably the chronically homeless, who in burgeoning numbers are taking temporary root under I-5 in and around Seattle.
“They cut the fences to get in there,” says Jim McBride, who oversees the WSDOT highway crews charged with cleaning up the areas. “We see them stretching all the way from Ravenna at 50th and 45th Streets way down to the Duwamish Bridge. You have hypodermic needles, human waste. We have a terrible time keeping employees. I’m getting ready to retire. You can only take this for so long.”
Chloe Gale is the co-director of REACH, a nonprofit group created by the King County Public Health Department, whose 40 workers try to connect the unsheltered homeless with social-service agencies. A kind, thoughtful woman with long hair streaked with gray, she says the city’s rental market, where vacancy rates are at an all-time low, has made things worse.
Citing studies that show that a $100 increase in rent can result in a 15 percent increase in homelessness, she says, “There’s so much development now. They used to camp under the Viaduct, but they got flushed out of there because of the construction, so then they started moving more into downtown and up to Capitol Hill. But now with all the development going on, they’re going under the bridges and freeways.”
“There’s a lot of misconception about these people,” says REACH employeee Kelly Craig. “I’ve been to camps under the freeway near Eastlake, and I’ve seen camps with people growing vegetables and flowers, beautiful little camps. There was one camp in the Queen Anne greenbelt where there was an umbrella, a little table, and all the shoes lined up neatly outside this wooden structure.”
To get into a real home, though, is a Herculean task for many of these chronically homeless, requiring them to first pass through a gauntlet of social programs to get them “housing-ready.” Individual success stories exist, but the numbers don’t lie: The system is not working. Most of it, anyway.
“We’ve done some innovative things like 1811 [Eastlake],” says Malone of a decade-old pilot program that provides permanent housing for the chronically homeless. “But we haven’t invested enough to scale. Utah came here and learned how to do it, and then they really went back and took it to scale.” Left: Grace Mary Manor houses many of Salt Lake City's chronically homeless while Seattle's (right) remain in encampments. Photo by Kaia D'Albora.
Far from Seattle, beneath a gleaming Utah sun, Lloyd Pendleton climbs into his light-brown F-150 Ford pickup on a warm mid-August morning, guns the engine, and heads south from the airport. In the distance the craggy Wasatch range beckons, while the statue of the angel Moroni prevails over Salt Lake City’s skyline, his golden trumpet raised atop the highest spire of the Salt Lake Temple, a majestic granite creation of the Church of Jesus Christ of Latter-day Saints.
A devout Mormon, at 75 Pendleton still works endless hours, to his wife’s occasional dismay, to put an end to chronic homelessness in Utah, among the reddest states in the Union. And he’s become quite famous for his efforts. As we begin a day-long tour of attractive apartment complexes that today house the state’s most incorrigible homeless population, he attributes the recent spate of glowing national media attention to a speech he gave in Casper, Wyoming.
“It was in November 2013,” Pendleton begins. “I was at a luncheon of business and political leaders, and I told them how we were eliminating chronic homelessness by giving them permanent housing and that it was working. So anyway, the story in the Casper paper got picked up by NPR, and next thing I know I was getting calls from all over the country.”
In January, Pendleton even landed an invite to The Daily Show, telling correspondent Hasan Minhaj “We did it by giving homes to homeless people.”
An elegant man with silvery hair and pale blue eyes, Pendleton, who could be mistaken for Senator Harry Reid, is trim and decorous in gray trousers, a button-down shirt, and cinnamon-colored cowboy boots. It’s the same dapper look he sported in the late 1960s as a financial analyst for the Ford Motor Company, where he was hired straight out of school after earning an MBA from Brigham Young University.
“I remember feeling like a country hick when I was sitting around with all these guys from Yale and Harvard at headquarters [in Dearborn, Michigan]. But none of them out-worked me.”
Raised on a small cattle ranch and dairy farm in a remote desert town on the far western fringe of Utah, it took a long while for Pendleton to reject the notion that a person living on the street wasn’t simply lazy and indolent and had only himself to blame for his plight.
“When I was 6 or 7, I was milking the cows, chopping wood, even driving a truck out there in Vernon,” remembers Pendleton. “I was used to hard work, and so I’d tell these homeless guys, ‘You lazy bums. Go get a job.’ I figured that’s all they needed.”
Pendleton is a big name in the Beehive State. After leaving Ford, he went to work managing the L.D.S. Church Welfare Department, a huge Salt City corporation which helps church members with food, money, and a place to live if they lose their job or home. “This is where I was exposed to the homelessness, and I got to know these people and their problems,” he says. “I learned their stories, and when I found that they’re human just like me, we became brothers and sisters.”
Pendleton’s work at the charity caught the attention of then-Gov. Jon Huntsman, who convinced him to take the job as director of Utah’s Homeless Task Force.
“So in 2003 at a big meeting in Chicago, there were all these homeless providers who were saying they wanted to end homelessness in 10 years,” recounts Pendleton. “And I thought, ‘What are you guys smoking?’ I didn’t think it could be done, because there are too many personal choices—alcohol, drugs, and all that.”
At that meeting, Pendleton was introduced to a program called Housing First, which finds the homeless houses first and takes care of their other needs later. “Yeah, I had an epiphany,” he recalls. “I’m flying back here, and I thought that if there’s any state that could do this, it would be Utah. We are collaborative, caring, and very compassionate.”
Pendleton managed to mobilize the Mormon Church, unite homeless-services providers throughout the state, and convince many skeptical politicians back in 2005 that in 10 years he would virtually eradicate the problem of chronic homelessness, defined as someone who has spent at least a year living on the streets and has other problems as well: a mental illness, substance abuse, or a physical disability.
Of the nearly 600,000 homeless people in the U.S., the vast majority, some 85 percent, spend relatively short periods of time (“the episodic homeless,” they are often called) sleeping in shelters and the like, according to the U.S. Interagency Council on Homelessness. The remaining 15 percent are the real desperadoes—the ones who have fallen so far that night after night spent in a soggy blanket must suffice for a permanent home.
In 2005, Utah was home to 1,932 chronically homeless people. Today there are 178—a remarkable 91 percent drop statewide.
“It can be done. It’s not rocket science,” says Pendleton. “You just need the political will.” 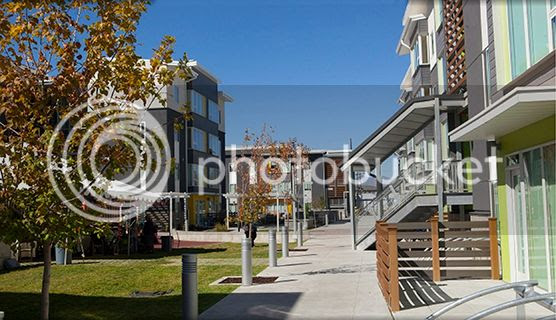