I have long lamented the issues surrounding the legal system as it is a Monopoly run by a Union. Funny we have long problems with the idea of monopoly and unions unless of course they are white collared ones, that handle money, complex issues, their unions have lobbyist functions that protect their members and are called the American Medical Association or American Bar Association and then suddenly they are not the same as steel workers, teachers, service workers or just people who have not gone to a prestigious school or just some school which cost several figures for years to get a double letter after your name.

For the record I am not jealous or even remotely envious.  I was in a Ph.d/Masters program for Education when my then husband said let's do the simple payback and we concluded that after 15 years my salary would peak out and would only be half of what that entire program would have ended up costing.  At the time it was close to 90K as I had already gone back to school to get a second B.A. while earning my Teacher's Certificate.   And that cost 25K which I was still paying.  So I sold my house paid the loans off and never bothered even accrediting myself for my Masters until recently a payroll audit found that I had the credits and should be paid accordingly.  It worked out in back pay to about 1.50 more per hour.  Wow the back pay and taxes levied that pretty much equal when I got the check.

So I don't give a flying fuck about degrees and the cost of your idiocy in a quest for your professional security and arrogance as that is what much of it is about, telling people you are smarter while proving you are not.  Trust me I have a Harvard lawyer.

Which is why when I read this blog entry from Above the Law about the rising costs of Attorney fees in relation to the lowering earnings of the middle class and the unbalance of those two as the need for lawyers has subsequently increased I responded - yeah I know ask me about the 25K and the two cases that I have in the appellate courts (both civil and criminal top that people!)  The criminal one in the hands of an Attorney whom I NEVER speak to or the other, the civil case,  that I go alone to an Appeal Court with because Lawyers are simply assholes. 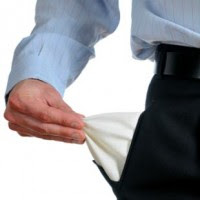 At the risk of stating the obvious to this audience, the American middle class is in serious trouble. But why am I taking the time to state the obvious? Because it isn’t what we know, it’s what we do with what we know to reposition our solo/small firm practices for survival that matters most. Most solo/small firms are consumer-law driven. Since so much of the success of many a lawyer has been predicated on a stable middle class with disposable income, how a solo/small firm responds to their disappearing wealth is intimately tied to their professional success.
The middle-class share of national income has fallen and continues to fall, dropping many who were normally categorized as such into the lower middle class, even upper lower class. Middle-class wages are stagnant even though productivity time has increased dramatically, and we no longer have the world’s wealthiest middle class. I don’t even have to quote any sources on this information because you just have to Google it and you’ll get hundreds if not thousands of pages and articles on this alarming topic.
As painful as this squeeze is individually, multiply this by millions of families (your potential clients). Then aggregate this demand across all areas of the economy (obviously, the law), and you see why this will inevitably trickle down to cripple the following generations (also your potential clients).
But the story is much bigger than this and has another very important side….
If you are still in the middle class, the cost to maintain this economic status and standard of living is rising way too fast as wages languish. Fundamental needs such as health care and child care have seen dramatic increases these last few decades. They are increasingly taking a much larger chunk of family budgets. The middle class is being wrung dry. There’s simply nothing more to get from them. That means traditional legal fees. And that means traditional legal fees even though they still have tremendous legal needs.
When it comes to take-home pay for the typical American worker, they have been in a vise for the many decades prior to 2007 and the Great Recession. Both events took an additional devastating toll on millions of Americans. During this time unemployment skyrocketed and trillions of dollars in household wealth vanished. Even though the economy has ticked up since taking a nosedive in 2009, and growth in private-sector jobs began to bounce back in 2010, the distribution of these gains from this post-crash period has been strikingly unequal. The top 1 percent of all U.S. households received ninety-five percent of all income gains since the start of the recovery. That means only a meager five percent was distributed over the remaining ninety nine percent of all households. Wow. Again, your clients. 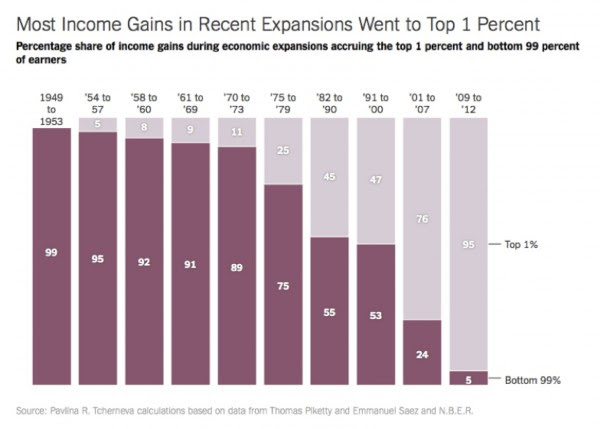 If lawyers don’t act now, doesn’t this just open the field for outside interests to do so? And that’s what we’ve been witnessing. There has been a surge in startups chipping away at the services lawyers have traditionally offered. They are doing so at price points and with alternate delivery systems lawyers have either been prohibited from doing, simply too sluggish to do, too scared to try and/or can’t afford to do because of the debt they struggle under from the 62% increase in tuitions between 2000 and 2012 (see chart below).
Okay. This post isn’t meant to be all doom and gloom. It’s simply meant to offer up, by way of explanation, an overview of the current state of affairs and why our profession will never revert back to business as usual. In order to succeed going forward, lawyers, especially solo/small firms, have to pivot, innovate and rethink how they offer up services to a class of client whose dollars are both shrinking and ultimately being reallocated to basic needs.

Who is the Middle Class?

The middle class is statistically defined as those households earning between the 20th and 80th percentiles on the income distribution ladder. You would know them as the upper middle, middle, and lower middle classes. However, middle class is also less about income in many ways and more about what middle class has traditionally come to mean. Economic security. This security is what’s disappearing. And when security disappears, dollars are held onto with a death grip.
Some Harsh Realities
I won’t give you a history lesson here, but will share the following just to illustrate the disparities:
This chart is illustrative of how real wages have decreased in comparison to real costs of fundamentals: 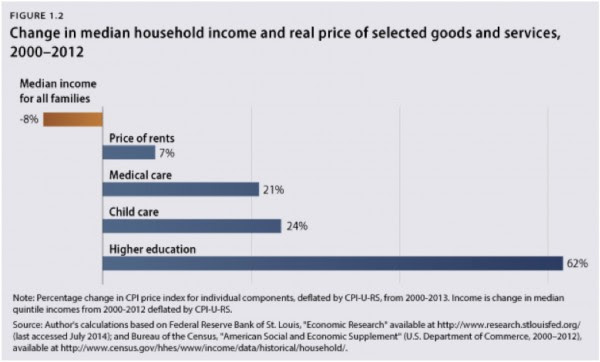 So, how is a consumer-facing lawyer supposed to build a practice in the face of such troubling economic indicators?
Well, the good news is that regardless of the economy, people still need lawyers. There is a huge latent market of more than $1 billion in legal services up for grabs according to one estimate. But this need is still going unmet even though there is a glut of unemployed or or underemployed and struggling lawyers. The traditional delivery methods of legal services are simply not being used by the nearly 80 percent of all litigants across demographics representing themselves.
Bridge Builders
In Part II, I’ll showcase some up-and-coming companies that are tapping this latent market through education and effective, cost-efficient technologies, then funneling the legal work to solos and small firms. They are the bridge builders.
Posted by Unknown at 5:51:00 AM