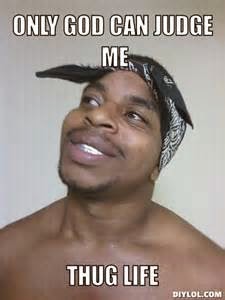 The nice thing about texting is that people think they are protected and easily deleted. And while in Court technically no one should be doing that anyway right? I find it interesting that while you as a Defendant are not allowed to even use Cell phones for any purpose, but apparently as noted, the State can exempt itself from any law they enforce on others. They also belive that once deleted any texts are not accessible, right? Wrong.

I was of course told by Verizon that unless I had a Court Order and even then they could not possibly find texts or the ownership chain of a phone number. And then whoops comes Edward Snowden. Whom apparently America hates. He can get in line behind Bradley/Chelsea Manning, Julian Assange and anyone else who annoys people by exposing the truth.

And I have, I believe written about this before but it bears repeating as the final judgment was made. Yay pun!

This is regarding a Judge and a Prosecutor, who are the Siamese Twins of stupid, who texted each other during trials to ensure continuity or maybe just where to go for lunch, but no that would be too innocent and we can't have that in our courtrooms. No one is innocent by law.

Punishment supposedly fits the crime. What.ever. That applies to those crimes where the punishment is overkill written by a legislator who makes sweeping generalizations and massive one stop shopping, one size fits all application of punishment for a crime regardless of any knowledge of assumed crime, the indvidual or anything about well anything other than what the lobbyists or appropriately acronymed victims advocate group tell them.

America where you are guilty even when innocent as the Prosecutor, the Judge, the Lawmakers who write the laws and in turn the Jury instructions to ensure guilt, the Police, many Attoney's including the one's you hire or are appointed for you and anyone else you come into contact with, will ensure you that you are guilty of something as they need job security.

Remember anything you can to do the State can exempt themselves from. Including jail time, excessive fees, loss of licenses - professional or otherwise; pretty much they can waive actually following the law by simply being in the gig they have as it sometimes gives you a free pass and they often do by declaring they "waive their right". Try that on your way of a Nordstrom with a bottle of perfume and say "I waive my right to pay." I will visit you in the slammer. But in this case someone got a promotion!


Think this is just Texas? As they say down in Texas - Bitch Please!

The texting scandal between a judge and an assistant district attorney that exploded in Texas and national news last year has ended in little more than a slap on the wrist for the prosecutor involved.
Kaycee Jones, an assistant district attorney in Polk County texted back-and-forth with sitting judge Elizabeth Coker about a line of questioning that Coker suggested the State should employ during a felony trial in 2012. Last week, Jones received a public reprimand from the Texas State Bar for her involvement in the scandal.

Jones is now a district court judge in the 411th court, overseeing Polk, Trinity and San Jacinto counties.
Given the egregiousness of the misconduct committed by Jones, her public reprimand has not been met favorably by those who sought to have her held accountable – and for good reason.

Recap of the Misconduct
Here’s our recount of Jones’s misconduct from an earlier post:

Judge Elizabeth Coker sent the text messages during the trial of David Reeves, a defendant charged with injuring a child. In the message, she apparently suggested that the state ask witnesses what Reeves was capable of, given that he allegedly threw a puppy off his bed after it urinated. A Polk County investigator who was observing the trial, David Wells, was interrupted when Jones asked him if she could use his notepad. He watched as Jones wrote the following message:

Jones then passed the note to lead prosecutor Beverly Armstrong. Though Armstrong didn’t use the line of questioning, Wells and first assistant prosecutor Joe Martin apparently felt that the communication was “very unethical” and Wells subsequently filed a report with the District Attorney’s office.
Read investigator David Wells’ statement about the incident here.

Wells’ statement is particularly revealing in that it suggests this wasn’t the first time Jones had engaged in ex parte texting with Coker. He writes,

“I spoke to A.D.A. Beverly Armstrong this date 08-09-2012, and advised her I did not author the note and she advised it was not the first time as A.D.A. Kaycee Jones is in her ear all the time regarding information she believes to be given to her by Judge Coker via text during trial.”

Coker’s Sordid History of MisconductThis summary only scratches the surface of Coker’s alleged misconduct during her tenure as a judge (and unfortunately, it will only ever be “alleged” because the State Commission on Judicial Conduct never made findings of fact in her case; see more below). The Commission on Judicial Conduct, which entered an agreement with Coker that she would voluntarily resign from her judgeship for her part in the texting incident, suggested in the agreement that Coker may have also:

Conducted a wealth of other improper ex parte communications with defense attorneys and assistant district attorneys in Polk and San Jacinto counties;Showed favoritism to certain attorneys and prejudice against others in court appointments and rulings;

Inappropriately met with jurors during deliberations and outside the presence of counsel in more than one instance;

Discussed the Commission’s investigation into her conduct with a witness who was set to testify. She tried to influence the witness’s testimony, and then lied about doing so to the Commission.

Following her resignation as a judge, Coker didn’t skip a beat before running for District Attorney of Polk County – that’s right, the county where her misconduct was initially uncovered. Coker challenged sitting District Attorney Lee Hon in the 2014 Republican primary and lost in March. (As Grist for Breakfast says: you couldn’t make this stuff up.)

Jones Gets Slap on The Wrist
And that’s only half the story.
In the same month that Coker lost the primary, Kaycee Jones faced a state bar grievance committee hearing. Upon conclusion of that hearing and the State Bar’s deliberations, Jones was found guilty of misconduct and received the following discipline:

A public reprimand and attorneys’ fees in the amount of $650.

A public reprimand is the lightest sanction a prosecutor can receive under the Texas ethical rules.

It’s true that Jones did not initiate the texting with Coker (though she kept it up once Coker began), and she has since conceded wrongdoing to the State Bar (which Coker never did). But should she be let off that easily?

Jones is guilty of violating “one of the fundamental rules of American criminal justice: the prohibition against one side getting to talk to the judge without the other side knowing about it,” according to legal experts cited by The Houston Chronicle.

3.05(b) – A lawyer shall not; exc3ept as otherwise permitted by law and not prohibited by applicable rules of practice or procedure, communicate or cause another to communicate ex parte with a tribunal for the purpose of influencing that entity or person concerning a pending matter…

8.04(a)(6) – A lawyer shall not: knowingly assist a judge or judicial officer in conduct that is a violation of applicable rules of judicial conduct or other law.

Jones sent texts back and forth with Coker and then wrote down Coker’s suggestions for how to prosecute an active case in her courtroom to share with the trial lawyer. Surely, her and Coker’s conduct devastated the public’s trust in Polk County’s system of justice.

Failing Accountability
Furthermore, the incident highlights how accountability mechanisms can fail on numerous levels.
Investigations into the Coker-Jones snafu got off to a shaky start when Polk County District Attorney Lee Hon would not appoint an independent arbiter to review the incident, but insisted on his own internal investigation. This was particularly problematic since Hon himself read the problematic note from Jones before he motioned for Wells to pass it to the trial prosecutor.

It is curious that Jones felt comfortable writing “Judge says” at the top of the notepad above Coker’s text before passing it directly to Hon. If Wells hadn’t later secured the note and filed a report about the incident, there’s no reason to believe it would have ever come to light.

Then there’s Coker. The State Commission on Judicial Conduct agreed to let Coker step down from her job without making any official findings of fact about her misconduct. While it is a very serious punishment that Coker can no longer serve as a judge, the circumstances of her removal allowed her to deny any wrongdoing and immediately run for District Attorney. If she had won… well, that’s a scary thought. But absent her disbarment from the practice of law, it’s not an unrealistic one.

Lastly, there’s the public reprimand of Kaycee Jones. The Houston Chronicle relays the comments of a local attorneys and criminal justice experts who suggest Jones should have received a heftier reprimand. Like Wells’ statement, the Chronicle also suggests that there might be more instances where Jones texted with the judge that have yet to come to light. For now at least, Jones is free to go on with her job presiding over criminal cases as a sitting judge. This is not exactly reassuring in light of what was fairly brazen (and perhaps repeated) misconduct on her part.

The Texas State Bar’s handling of the Michael Morton case renewed hope that the bar complaint system in Texas could. But the outcome of this present incident gives pause for thought. Perhaps the Bar didn’t feel it needed to come down too harshly on Jones because the defendant, Reeves, was ultimately acquitted.

However, the fact remains that Jones knowingly abused her power as a representative of the state in an attempt to win a conviction. It’s precisely this culture of conviction – and not just individual injustices to defendants – that state bars need to definitively push back on.


ETA: And after posting this I read on Public Defender about a Judge verbally assaulting a Public Defender in Florida.     And they say Court is theater. Perhaps they need to just go to Broadway and stop the play acting. I should know my one Attorney heard that from a Police Officer who of course lied on the stand about a term/phrase not allowed in pre trial motions, the objection was denied by our Judge who puts the in in competent allowing the Jury to infer whatever as it was never clarified.  So when he denied admitting it to my Attorney in the adjacent "secret" rooms that he knew it was not allowed, the cop said after grabbing him "keep that shit for in there."  Yes this happens in other states other than Florida.  Harvard made his friend/colleague note that for public record and Judge of course did not allow the Jury to hear that either.   I would have preferred had he offered to take this Attorney to the yard and beat him, I really think either one of them could have taken the old man down.