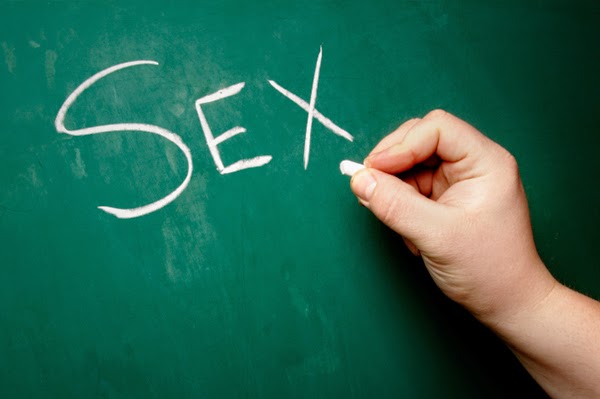 I recall when I first heard about sex or I don't. I just don't recall it being a big secret or even a issue in my home. This was a different time and my parents were products of foreign families and their friends were the same.   We had a very open door and in my youth I met many members of what is now defined as the LGBT community.  We had no acronyms or names other than their first ones.  They are still to this day powerful forces in my memories and guides in my life.  I was blessed to have had them in my life regardless of their sexuality.

I was never much of a dater.  I didn't date until College.  I never felt pressure to conform or be a part of my peers, which may be why it proverbially bit me on the ass in the present but I don't know.  I do know that I am now terribly afraid and suffer from what happened to me at age 52, two years ago and clearly have not figured out how to reconcile and move past it all.    No one wants what was a terrible moment in one's full life regardless of age to define them.  Even regular people should have a full Wikipedia page that reflects all of a life's up and downs.

But this story concerned me as to have this define you at 18 you know that there is more to this story. The boy to assault and victimize young women at this point did not just do so inspired by rock music, marijuana, television or video games.  This shit is by far more deeper than the superficial factors that affect life and living as a child.

We won't hear the whole story.  And just like in Steubenville where the adults who were complicit in the boys terror and violence are now starting to close out with plea bargains and charges being reduced or dropped, we will never really know who or what led those boys to so brutally assault a girl and more importantly why.

Sexual violence is just that violence.  It is no different that the young boys who are arming themselves with guns or knifes and assaulting fellow classmates and planning to assault schools in some type of misguided rage or confused illness that led to the last act for many in their young lives.

And when I meet adults so steadfastly ignorant or unwilling to really ask the hard questions and face the truth that we have a confused culture and attitude about sex and sexuality and confusing it with violence then you see why we have a problem.  I always say that the problems with the child is not fully the child's fault and nor is it extraneous shit like music, etc - it is plainly the adults or lack thereof  in their lives - that is truly the reason.

And on this we have not just America as the problem with this issue.  We have seen serious fatal rapes and assaults in India, genocidal rape in Africa, the Middle East and other countries torn by war and religious conflict.  This is not something we can ignore as many of these survivors migrate and the wounds carried or witnessed or experienced, directly or not, are not checked at the border.

We cannot say it is racism or xenophobia that is why we are choosing to ignore these issues, it is ignorance and arrogance.  We are not a balm in which being in the United States is sufficient enough to heal those wounds.

College rape epidemic? No its an epidemic that began way earlier on. This is the talk we need to have with all children regardless of age and orientation.

2 hr ago  By Associated Press
FLORENCE, Ariz. (AP) — A prosecutor announced an indictment Thursday against an 18-year-old Arizona student charged with sexually assaulting about a dozen girls over nearly five years.
Charges against Tyler Kost of San Tan Valley include multiple counts of sexual assault with a minor, sexual abuse with a minor and sexual conduct with a minor. He also faces one count of child molestation.
Pinal County Attorney Lando Voyles said the victims in the crimes alleged in the indictment issued Wednesday ranged from 12 to 17 years old.
Voyles said the offenses occurred between October 2009 and April 2014.
Kost was born in January 1996 so he was 13 when the first offense allegedly occurred. But Voyles plans to try him as an adult on all charges.
"In Arizona, once an individual turns 18, we don't have a choice," Voyles said. "(State law) makes it fairly clear."
Attorneys with the law firm representing Kost did not immediately respond to requests for comment.
During a hearing last week, an attorney for Kost requested a change of venue and a gag order on the Sheriff's Office. The judge said he could not address those requests.
Kost would face between 147 and nearly 334 years in prison if convicted of all the charges in the indictment, the prosecutor said.
Pinal County sheriff's deputies arrested Kost last week, accusing him of being a serial sex predator who assaulted at least 18 students. County Attorney Voyles said he could not comment on why the indictment accused Kost of crimes involving only 11 victims.
According to the indictment, none of the alleged sexual assaults occurred on a school campus. Kost is accused of sexually abusing the victims in his bedroom, in a parked car, a park and out in the desert.
During a news conference, Voyles encouraged parents of sexual assault victims to report the crimes to authorities.
"Let your children know that we start by believing," he said.
In addition to calling Kost a sexual predator, Sheriff Paul Babeu last week said Kost threatened and harassed victims to such an extent that two fled the state, and one attempted suicide.
"This is a serious and serial sex offender and rapist," Babeu said.
The investigation was initiated after the Sheriff's Office received a call March 25 from someone reporting that Kost had sexually abused and molested five teenage girls.
Kost lives in San Tan Valley, a bedroom community of about 87,000 named for its location in the foothills of the San Tan Mountains. The area, about 45 miles southeast of Phoenix, is known for its golf courses and hiking trails.
Posted by Unknown at 6:17:00 PM