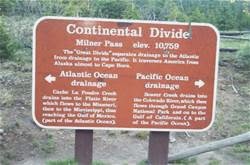 The Grand Canyon is smaller than the divide between the rich and the poor. The bell curve that once defined the middle class is now a pencil in width and a stub one used for golf at that.

The last few days saw once again numerous articles and editorials on the jobs number, the economy and the reality of what it means to be rich and poor in America.

The New York Times discussed in its magazine two issues dominating the reality of economics - living and working.

The first was about the 'high' cost of living as in renting. And like their much admired math program, Singapore is mentioned as having the best plan of action when it comes to affordable housing and that is build up, and by up they mean high.

That is fine in Singapore the land of concentration, but in America we are what becoming the Country of 6 cities - New York, San Francisco, Miami, Washington, Seattle, Denver and a few others such as Los Angeles, Phoenix, Dallas, and there close bouts - Portland, Houston as the places to be and be seen? Really we have no other desirable or even potentially desirable places in a country this big?

Where are the incentives, the quote unquote "entrepreneurs", the risk takers willing to have an industry in Cleveland, Detroit, St. Louis? Because it is bad doesn't mean it has to stay that way? No move out and let it rot as that shows true character and grit!

There is this idea that it is about "industry" Well I read about a new light bulb startup trying to compete on the open free market with the LED's but they are still expensive. Yet there are many mechanical experienced workers and facilities that I am sure are outside Massachusetts to lend to creating this product. True it doesn't have the hipster bars but build it, make it and they will come. That used to also be the American motto.

Funny apparently only the good smart people live on the coasts the rest of the middle are not worthy. I recall that asinine kid of the school tutor last week saying he only talks to people he has something in common with and then punctuated every comment I made with "preaching to the choir." And that is why I asked him if he ever ventured outside said church with said choir to talk to those different who may not think alike but might find the one thing they do have in common - and hence the response. It explains what followed oh so well. Stay in the coop little chicken.

We have to realize that the infrastructure is only broken but it can be repaired, even New Orleans knew that. Greensburg and many other cities have had equal devastation and they go on. This love of our urban cities while abandoning others show we don't really have any new ideas or leaders just followers and sheep.

So when I read the next article by Dave Leonhardt I expected better and I got the echo chamber the idea that charter schools and ed reform will solve the economic inequity. Yes reform decided upon by the 1% which they are not partaking of. I say to kids that anything I can't do or teach I wouldn't make you do but hey keep swallowing those bills shoved down your throat by the rich, they taste better - like Chicken.

And then basically he rehashes the arguments and topics in Piketty's book and others about the need for serious tax reform. Yes we have that and unless you have something new to add to the dynamic then head to one of those charters you love so much, spend the day and watch the "learning" that is going on then go to an elite private academy and compare the two. It should be rich as they say. Or he could have just read the article that followed his called "The Tale of Two Schools" (It actually says nothing about the schools, the curriculum or well anything about them at all) But hey the whole NYT Magazine was about the rich vs the poor. And kids are always the great equalizer when it comes to this issue. They are the flag, the stick and the carrot which we waive about with utter indiscretion.

But my favorite was the absurd 10K Martini piece. Yes once again the middle is non-existent. We all want either $5 organic free trade coffee or some crap from Dunkin Donuts for a buck. Actually can I say the Dunkin crap is just fine. Middle ground, middle class we all apparently have Champagne tastes with Target Designer lines to fill that need.

This article today is about tepid wage growth. This comes on the visit to Congress by Janet Yellin who is revising the idea about unemployment numbers as a gauge to monitor inflation. What the article also discusses is the fact that if the jobs number is good the wage equivalent is not. Wages are stagnant and that spreads out into a larger economic sector and in turn affect.

Without wages you cannot have spending, without spending you have no growth. We are the charge it society in every way. It was the Cavalry's last stand and you know how well that worked out. Last standing turn out the lights.