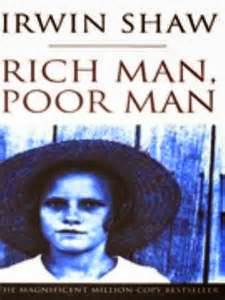 Another day another violent shooting/murder by a young white male of a well to do family in a wealthy community. Sound familiar?

The usual epithets are being thrown around - madmen, insane, mentally ill but we will never know as he is dead.  Either by his own hand or by of course the gun wielding equally nuts police force who kill first ask no questions later.

Anyone who thinks what happens during these times of utter chaos to hunt kids down, and that is what they are kids, as the epidemic of late has been, then kill them without blinking an eye is clearly confused about what a police state we have become.

I still look to the utter insanity that resulted in Boston and wonder what that was about as it accomplished nothing.   It was a man in his home noticing a boat cover moving and he peeked in and saw the young bomber.  No mass cops in warrior outfits hunting down but instead turning what could have easily been a simple arrest into a production.   Who really are the madmen here?

So we will never know other than the supposed manifesto, this one YouTube versus Facebook. Well the kids dad was a Director in Hollywood so video makes more sense, but why this boy truly lost his marbles and decided to go on a shooting spree we will never know. The ability to study, to garner a true analysis and actually have a real trial where real actual legal shit would happen and in turn spare us the fake ones they do to fill space and validate their existence, will now be buried with his corpse.

Seattle in its "minority neighborhood" aka the South end, has had 9 days 9 shootings and 2 more that included robbery and car  for a total of 11 crimes  during a period when the  Police, in their ever present state of pouting over the new chief and rules,  are on a work slow down.  People dying, being harmed are not priorities unless you are white, rich and well connected.  Two tiers two justice systems.

For those never been to Santa Barbara it is a charming village just adjacent to the Montecito the wealthiest community in California, home to Oprah.  I am sure that this young man and his family had been to many a home in the area.  If he was in school there as has been alluded and in turn was unable to date any girls as also been alluded to what prompted the shootings, then you wonder what the fuck is going on in that family?  Clearly no communication there either.

I have written about the "epidemic" of rape on College campuses, high school ones and the exceeding confusion by young men and women to the point where we have rape apologists versus victim advocates now down to debating what books and films they should be seeing that could 'trigger' either PTSD or violent episodes.  In my day we called that book banning and in today's age it is called what exactly?

How about discussing with kids way early on that we must speak, learn and communicate with one another in a manner that is both respectful and civil and in turn learn from those encounters to agree to disagree but ultimately  we can get along.  Ah fuck that I can live in my segregated bubble and be happy.  Thanks Pharell!

I had a kid say to me about Huckleberry Finn that he would not read a book where the word "nigger" was used. I asked to see his Ipod and pulled out some choice songs and said "but these lyrics are okay then?"  He read the book.

He didn't want to read any book. Period.  But in turn we ended up discussing how that word is used in literature and in music and in politics.  A much wider discussion and we all learned something.  But that takes time and actually saying the word "nigger" versus the the "n-word".

I have no idea what prompted this young man last night in Santa Barbara to act out in this way. And guess what we will never know as once again law enforcements own prone need to act violently prevents us from doing so and in turn prevents us from actually stopping such acts in the future.

Our young men are deeply troubled lot.  We need to know why.