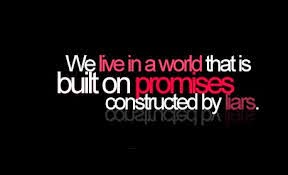 I believe the word incentive is another homonym that enables those to apply whatever meaning suits to the situation one is in.  It's like the word entitlement that somehow has taken on a negative connotation thanks to the way it is used and the manner in which it is applied.

For incentives we seem to think of them as all positive to generate an outcome, a bonus, a type of additional reason for one to "do good."

Do you think such things should be used in regards to law enforcement?

Many States and Cities are 'awarded' incentives based on criminal convictions. There are State Crime labs that with each criminal conviction they are awarded fees in the form of "fines" to the accused to pay for the expenses incurred while they practice their largely junk science.

The other day the U.S. Senate is a rare moment of working passed a bi-partisan rule about Forensic standards out of committee to be sent to the floor.  It, like real science, will never see the light of the day in the dysfunction junction we call Congress so why bother commenting.

And the Police force are also provided incentives in convictions, property seizures and goodies in the form of grants from Homeland Security to get largely absurd and useless governmental toys used in states of war.  Coming to a podunk town to you some overwhelming and dangerous tool in which to kill, harm or maim you and your dog.  Radley Balko at the Washington Posts is having a contest on which small town has the biggest penis. Whoops, I mean military vehicle.

And there are State incentives that come in the form of highway money, via the NHTSA for every drunk driver charged - not found guilty- charged for the crime of DUI.  I bet Colorado and Washington will be getting some big bucks soon.  Shame the NHTSA did not spend any time enforcing safety laws when it came to cars, the things that those drunks drive that are more dangerous than well drunks driving. But this group invented junk science.  So GM thanks for not bothering to "self manage" and fix your killing machines independently as the Horatio John Galts' like to remind us.  Who needs oversight and regulation as even when we have it we don't do it.

Judges are awarded money from campaign contributions for staying on the bench even when incompetent and compromised by said money. Sure that robe dissolves you of any bias or preference or beliefs once you put it on.  Its like Joseph's Amazing Technicolor Dreamcoat.

And lastly are beloved Prosecutors.  Need I say misconduct that is based on their belief and I am sure that notches, scalps, guilty verdicts have no influence in their workload, their desk or their rise in pay scale.  Job security is great convicting the innocent.

There are always incentives to lie and the New York Times among other publications have long documented the reason Police lie and why Prosecutors are complicit in their lies.   It's worth a look. You should not need any incentive in which to realize in America we are all guilty if so inclined to be judged.  Even my Attorney's thought (well maybe still do) that I am.  Even when you provide incentives in the form of checks to those hired to prove your innocence...don't think they care either.  Their incentive is their check.  One arrogant punk said it right to my face after declaring me mentally incompetent.   That one is not my Lawyer and no longer works with one of my Attorney's. I feel bad for any client who has that fool for a Lawyer.