I read this great story last week and as the week ends with our rights further eroded and the Country in chaos, which is now the normal state of affairs, it is nice to see someone who actually talks the talk and walks it.

As they say walk in my shoes or in this case my jumpsuit.  Truly a test of faith and patience.

An Orange Jumpsuit for Lent 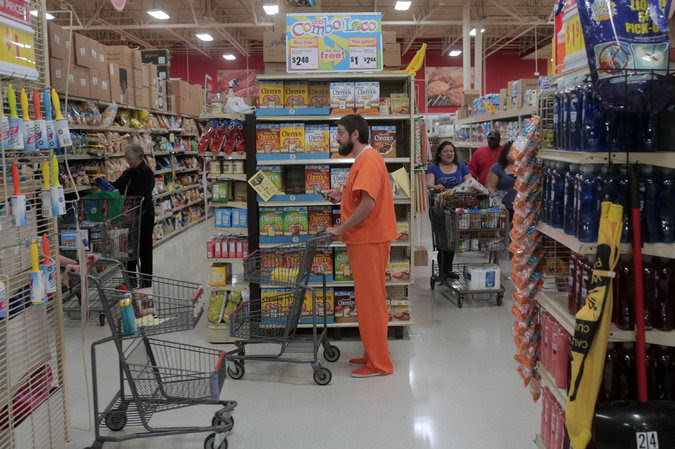 Kent McKeever has been summoned for jury duty twice. The second time was on March 17, more than a week into Lent, so he had no choice but to wear his orange prison jumpsuit. As he entered the McLennan County courthouse in Waco, Tex., two sheriff’s officers stopped him.


“The first one just kind of looks at me. He asks, ‘Where’d you get that?’ ”
“I said, ‘At the jail supply company.’ ”
“ ‘They sold it to you?’ ”
“ ‘I told them it was for personal use.’ And he was, like, ‘Hmm.’ ”
Mr. McKeever, a lawyer and part-time youth minister at Seventh and James Baptist Church in Waco, had prepared for worse when he committed to wearing the jumpsuit for Lent. After years of providing both spiritual and legal assistance to the poor and formerly incarcerated, it was time to do something more visible to call attention to the nation’s prison crisis, and to the obstacles inmates face on returning to society. But 40 days is a long time to dress like a convict, especially in Texas. 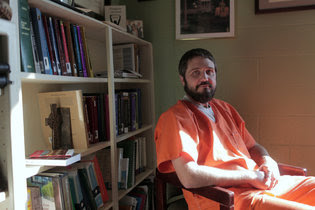 “A couple different people said, ‘I hope you don’t get shot!’ ” Mr. McKeever recalled on Wednesday, Day 37, speaking by phone from his primary job, as the director at Mission Waco Legal Services, where he helps clients navigate the legal barriers they face at every turn. “I didn’t know what people’s reactions would be. But I knew that I personally needed to experience what it feels like to be rejected and have stigma attached to you. As a white professional male, I’ve never had that experience before.”
Mr. McKeever, who grew up three hours west in Abilene, has worn prisoner’s clothes while delivering sermons, shopping for groceries, strolling the San Antonio River Walk and taking his daughter to the movies. He has kept a blog reflecting on his experiences (Day 6: “Stares, questioning glances, avoidance”) and on the politics of mass incarceration.
Engaging with those politics is the essence of his Christianity. “We follow a condemned criminal!” he said. “That’s very much at the heart of our faith. So I try to bring that in.”
Of course, themes like repentance and redemption have always been a natural fit within prison walls, but as Mr. McKeever has found in his work, they don’t often translate into the treatment former inmates get on the outside.
Among other efforts, he has pushed employers to stop asking about a job applicant’s criminal history — an effort known elsewhere as “Ban the Box.” But as a native Texan, he’s sensitive to tone. “I call it a fair-chance hiring policy,” he says. “It’d be hard even in a conservative place not to get behind something called a fair chance.”
For Mr. McKeever, the days of Lent and Easter — the emergence of life from death, as he puts it — are the perfect time to highlight these issues. “There are certainly consequences of our sins,” he said.

“But what do we want for that person who has broken the law? Do we want to just respond with punishment and condemnation, or do we want to try to redeem and rehabilitate and help bring goodness and life and love out of that?”
Posted by Unknown at 1:32:00 PM