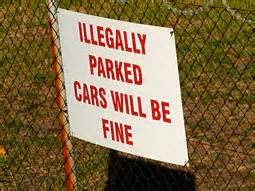 I am unsure if the Jurisprudence system is anywhere superior to the dysfunction junction I call Congress.

What is disturbing is that this is not new.

Does anyone proofread anymore.  These stories are clerical errors.  Shocking no.  Many warrants that end up having people jailed, killed, their pets killed and their lives destroyed are the result of clerical errors.

What is tragic is that no one seems to care regardless.  This is America a third world nation.

Man Jailed After  Clerical Error Kept him fee for 13 Years

A convicted criminal who spent 13 years as a free man because of a clerical error now faces the same amount of time in jail — after authorities discovered their boneheaded mistake more than a ­decade later.

Missouri officials who stumbled upon the paperwork bungle — which showed felon Cornealious “Mike” Anderson as an inmate in state prison even though he never showed up there — want to undo the snafu by throwing the now-upstanding businessman behind bars for the next 13 years.

The case has left legal experts baffled and Anderson’s family and friends struggling to understand the sordid past of the armed robber, who by all accounts is a changed man.

“Even the victim himself went on record and said, ‘I don’t think this guy should be in jail,’ ” said Anderson’s lawyer, Patrick Megaro.

Anderson, 37, is now a married father of four, owns his own contracting business, coaches football and is a devoted churchgoer, according to his lawyer and family.

But when he was just 22, Anderson and a friend robbed a Burger King night manager at gunpoint in St. Louis. No one was hurt in the 1999 holdup, but Anderson was sentenced to 13 years.

He spent 10 months in jail before his family managed to cobble together $25,000 to secure his release as he filed a series of unsuccessful appeals, the Riverfront Times reported.

After the last judicial rejection, the young man, out on bond, waited for law enforcement to take him to prison.

But they never came.

He began to build a life, learned the carpentry trade, and fell in love.
In a final 2004 effort to secure his freedom, Anderson hired yet more lawyers to appeal his conviction. Court documents at that time make clear that Anderson was not in prison, but authorities didn’t seem to notice.

The appeal went nowhere, but again no one showed up to take Anderson to prison.
It was only last summer — when his sentence “ended” — that correction officials went to release him and noticed he was never there. US Marshals descended on his quiet, suburban St. Louis home and finally locked him up.

“He’s been away from home for nine months. It seems longer,” his devastated wife, LaQonna, 30, told The Post.

The couple is raising four children ranging in age from 3 to 12.

“He is a changed man,” she said. “Everybody deserves second chances, I believe, and my husband is one of them. He’s completely turned his life around.”

More than 10,000 people have signed a Change.org petition, demanding Anderson’s release.
“He built a business, he built a house,” said Megaro. “He never changed his name. He owned a corporation. He did everything by the book. He pays his taxes. He coaches football. He goes to church.

On Tuesday, the Missouri state attorney general is due to respond in court to Megaro’s petition to get Anderson released.

And on the same note another clerical error....


Obama Commutes a Prisoner’s Sentence, Lengthened More Than 3 Years by a Typo


WASHINGTON — Ceasar Huerta Cantu did not discover the mistake until he had already spent six years behind bars. His lawyer had missed it. The judge did not notice. But studying a report he was not supposed to have, the federal inmate noticed something was wrong.

A typographical error, a single wrong digit, had consigned him to prison for an extra three and a half years that he was not supposed to serve. Once the error was discovered, the court system refused to correct it. Mr. Cantu had waited too long, a judge ruled. Only with the intervention of President Obama did it finally get fixed.

In a rare use of his clemency powers, Mr. Obama commuted Mr. Cantu’s sentence on Tuesday and spared him from being locked up for an additional 42 months. “It’s hard to imagine that someone in the federal criminal justice system could serve an extra three-plus years in prison because of a typographical error,” said Kathryn Ruemmler, the White House counsel.

The president’s action comes at a time when Mr. Obama and his administration are rethinking sentencing rules and the use of his commutation power. Over his first five years in office, Mr. Obama granted fewer acts of clemency than any modern president. But the White House and Justice Department are working on an initiative to improve the process, and that is likely to increase the number of successful petitions, especially given the sometimes-harsh mandatory sentencing.

Mr. Cantu’s case was not directly part of that initiative, but it brought more attention to the issue of fair sentencing.

“It’s a shame that we need presidential action to take care of something everybody agrees was a mistake,” said Douglas A. Berman, a law professor at the Ohio State University who studies sentencing. “It sounds like a bad dystopian novel or a Kafka novel that a typo could even lead to three and a half years in prison. Something’s very rotten in our system.”

Mr. Cantu, who is from Katy, Tex., and whose first name is sometimes rendered as Cesar in court papers, pleaded guilty in Virginia in 2006 to money laundering and conspiracy to possess 1,000 kilograms or more of marijuana and five kilograms or more of cocaine with intent to distribute. The presentence report incorrectly listed his base offense level as 36 instead of 34 under federal sentencing guidelines; after adjustments for other factors, it resulted in a 17 1/2- year prison term.

His sentence was later reduced to 15 years after he provided law enforcement authorities with what Ms. Ruemmler said was “substantial assistance on an unrelated criminal matter.” But that was still at least 42 months longer than he would have served had the presentence report recorded the proper base offense level.

Mr. Cantu only noticed the error in May 2012, when he had his family mail him a copy of that report, according to court papers. Prisoners are not allowed to have copies of such reports, although they are allowed to review them under controlled circumstances without keeping them.

When he found the mistake, Mr. Cantu personally wrote a motion asking that his sentence be reconsidered and sent it to court. The judge who sentenced him in 2006, Jackson L. Kiser, sitting in Danville, Va., rejected his request because of a one-year limit on such appeals.

Mr. Cantu could have reviewed his presentence report in that time, the judge concluded. “While I am sympathetic to petitioner’s position, I am not permitted to disregard the law,” Judge Kiser wrote in March 2013.

Such rules are intended to impose a finality in criminal cases and keep courts from being clogged by never-ending and usually frivolous appeals. But that left Mr. Cantu with nowhere to turn but the president. He wrote out a request for clemency, and a lawyer was later appointed to help him.

A Justice Department official said the case was so clearly unjust, it moved through the process at unusual speed and was sent less than a month ago to the White House, where Ms. Ruemmler recommended that Mr. Obama approve it.

The decision was announced shortly before Ms. Ruemmler addressed the issue of clemency at a New York University Law School conference on Tuesday. “Before today, no articles had been written about Ceasar Cantu,” she said in a prepared text. “No editorials referenced his name. But Mr. Cantu’s case is every bit as important as cases that have received media attention.”

Mr. Cantu, 46, a naturalized citizen who was married in 2003 and has an 8-year-old daughter, remains in the federal prison in Oakdale, La. Federal officials said he has been a model prisoner, taking vocational and life skills courses and expressing remorse. As a result of good-conduct credit, Mr. Obama’s order means Mr. Cantu now can be released in May 2015.

Stephen R. Wills, a Roanoke, Va., lawyer assigned to help Mr. Cantu with his unsuccessful court appeal, said the case underscored the rigid nature of today’s system. “If you’re familiar with federal drug laws, they are very punitive, and I deal with them all the time,” he said. “Any chance you get to right that, I think that’s a good thing.”
Posted by Unknown at 12:02:00 AM