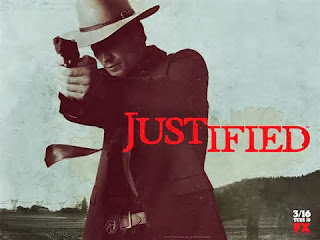 I often think we have confusion with regards to the concept and in turn the meaning of the word. We have fueled an industry that is about seeking justice when it is really seeking retribution.

I had a conversation with a bus driver who was not bright but I refuse to call an idiot, I actually reserve that for people who think they are smart, who simply said this: "No one can understand the loss of a child until you have lost that child and in the same way I have." In other words, even Bill Clinton could not feel her pain.

I asked her if grief and loss could be shared and in turn empathy be recognized by someone who has suffered "a" loss. She was adamant. No. Until you have had a child taken from you by someone you could never know/feel/understand/experience her pain. PERIOD.

This is a victim advocacy poster dream child. They take the anger, rage and sheer pain of people who have not gotten proper help, understanding or even compassion for their pain so they turn all of that rage and anger outward. They want everyone to feel it and if the individual who caused it cannot experience it then anyone remotely connected will suffice.

It then prompts a flurry of laws and hysterical news coverage and then Legislators, Prosecutors and Judges turn to one step removed vigilantes and ensure that anyone who ever does this again will be duly punished and no exceptions, no individual assessments will be made. It's now one size fits all Justice.

Funny that today I was tweeting rather tongue in cheekily about the death of the actor Phillip Seymour Hoffman and one idiot (he has to be he took my tweets at 5 am seriously right there demonstrating idiocy) about how I was comparing apples to oranges. What I was doing was saying the histrionic artificial eulogizing and grand guginol about an admitted drug and alcohol addicted individual was utter hubris and hypocrisy. Given our societal bend on the issues of both and our love of incarceration I find it odd that he could have gone on 60 Minutes discussed his addiction, then been on Heroin just a few months ago and never see the door of a prison cell, be labeled a felon, lose his children, his voting rights and the ability to work. In America we have a two tier system of Justice and when you are rich and famous you are on the upper tier clearly.

And when we have the Farrow family dominating the news over the years of unhappiness with Woody Allen and the acclaim he has received while they feel that they suffered under his watch, they seem to be unable to move on and forward. At one point the access they have to Civil Justice is one way to pursue resolution if the criminal one has failed. Again, they seem to live on both sides of the coin and they have much to be grateful for, so either put up or shut up but airing your dirty laundry through the media is really overkill and unnecessary.   The public is neither your Judge nor Jury.

So more hypocrisy when in this nation of Christian fellowship, as we like to proclaim and in turn  believe that forgiveness and understanding is tantamount to the Christian beliefs that adorn our almighty dollar, then it makes all this justice business unnecessary. And it became apparent that I was wrong when I read the article below.  Good to know that forgiveness is just for the Church pews and not those in a courtroom.

To err is human, to forgive is divine. Unless you are a victim and then all bets are off.

The article about a victims family trying to stop the accused from the death penalty is attached here and is a good example of how well that worked out in Colorado. A family who wanted to not see another death as a way of absolving their pain was duly ignored in pursuit of a Prosecutors desire to seem tough on crime. Yes killing a mentally ill man proves you are tough.

And another family who feel that forgiveness is a better part of living in valor or just in living. It is reprinted below to say to those who are victims you are still alive and that memory you carry is one of positive energy and filling your life with negativity is not remembrance it is just anger and hate. Is that how you want the legacy of your loved ones to be remembered?

And the Atlantic also had this article on hidden heroin deaths. I am sure that I will see more anointing of Mr. Hoffman in the next few days and no discussion on what drugs and addictions do to an individual and how treatments and cures are not easily found even for the rich and famous. But for the poors a jail cell is their rehab. I utterly disagree with the author of the article that more and more drug crimes are being reduced in lieu for care vs incarceration. I suggest looking at the numbers of arrests and realize that is what may be down but the policy continues.We are not just saying no.

Two tiers of justice, two tiers of medical care. One size does not fill all and yet for the majority that is the case of which you are tried and convicted not given Academy Awards for.


Early one morning in Dacula, Ga., Matt Swatzell was driving home from a 24-hour shift as a firefighter and EMS and had only 30 minutes of sleep. He was less than four miles from his home on October 2, 2006 when he suddenly heard what he calls “the most God awful sound I’ve ever heard.”

Swatzell, then 20, realized he had fallen asleep at the wheel and crashed. When he got out of the car, he saw the car of 30-year old June Fitzgerald. She was pregnant and with her then 19-month-old daughter Faith. Faith survived the crash but her mother and unborn sibling passed away.

June’s husband, Erik Fitzgerald, a full-time pastor, grieved the loss of his wife and child with close family and friends, including young people from his student ministry. One young girl told him she couldn’t help but think of how the driver of the car was feeling. He told her she was right, and that they should all pray for him. It was his opportunity to practice the forgiveness he had preached so many times before.

Fitzgerald's forgiveness has created a friendship now six years strong. The men stayed connected by meeting at least once every two weeks, attending church together and eating meals at the Waffle House and other restaurants, just the two of them.

“We recognized that when we first started meeting it was unusual. We knew it was God,” said Fitzgerald, now 38. Their friendship was captured in a video produced by NewSpring Church that was shot in 2011, but is going viral again online, collecting hundreds of thousands of views a day.

To start, Fitzgerald extended his forgiveness to Swatzell's sentencing: As a county officer, he was facing a felony and harsh time. But Fitzgerald pleaded for a lesser sentence.

“I didn’t see why this accident and tragedy needed to ruin any more lives,” said Fitzgerald. Swatzell paid a fine and did community service.

Swatzell expected hate from Fitzgerald, but not so much love. He wanted to thank him for all he had done but legally couldn’t speak with him during the two-year criminal investigation.

The day before the two-year anniversary of the accident, Swatzell was in the parking lot of a grocery store after buying a greeting card to send to Fitzgerald. Just about to turn on his engine, he saw Fitzgerald walking into the same grocery store.

After an introduction, Fitzgerald told Swatzell, “I have a desire to want to be in your life.”

“Part of the tug I felt and draw to Matthew was he was a good guy. He wasn’t a convict or on drugs. He was just a guy who got off a shift,” said Fitzgerald. “I felt it was my responsibility to encourage him and see the big picture.”

“I can honestly say that without this friendship I don’t know where I’d be,” said Swatzell, now 27.

Fitzgerald has watched Swatzell become a family man and helped him raise himself from the abyss of guilt.

Though Swatzell had Fitzgerald’s forgiveness he quickly realized he didn’t have his own. When his wife became pregnant with their son, he found out she was due February 18 — the same day as Fitzgerald’s daughter’s birthday.

“Since I was young all I wanted was to have a wife and son and so when it happened it sent me to such anxiety and depression because I thought something was going to happen to them,” said Swatzell, “because I had been part of something happening to someone else.”

After seeing a therapist and many talks with Fitzgerald, Swatzell was able to move past the hurt. Now, he has another baby on the way.

“It's still a struggle and I have demons and things I’ll have to deal with forever,” said Swatzell. “But I can’t find the words to express what Fitzgerald and his support have done for me.”

Fitzgerald, who has been remarried for almost two years, said he'll one day have more kids with his new wife. Though he lives further from where he and Swatzell first met, the two families visit whenever they're near each other.

Fitzgerald believes he has gotten just as much out the friendship as Swatzell has.


“This has been just as healing for me too,” said Fitzgerald. “I’ve taught on forgiveness and I know that forgiveness is not so much for the other person but for yourself.”