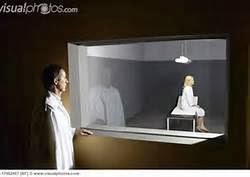 Another article about another way Hospitals and Doctors rip America off.  Wait for it ..... SHOCKING I KNOW!

The current myth, rumor or lie is that it is Immigrants, the Uninsured and the Elderly that are causing the rise of medical care and that once they are either booted out of the country, insured and dead (in that order but optional for all of the above).

And of course that is also why Medicare and Medicaid must be absolved, destroyed and in turn utterly decimated as those people and their sickness is what caused the Government debt.

And why there are clear problems with the administration and operation of any Government program, there are more middle men then in the Lego movie, the real truth is that the problems are due to the "gamers" of the system. And unlike Legoland where it seems functional and durable, this complex makes the Pentagon seem like an a  parallelogram.

Hospital Administrator's and their goon squad, which in most hospitals is either or both the Social Workers and Nurses, are front line to ensure that the insurance pays the bills.  They pump more than stomachs, just ask those admitted or their families about that "process."

But ultimately the head of the squad, the Doctors, are the ones who code and diagnose the patient.  The idea is that the diagnosis should come from the source, the patient, who has the symptoms and necessary complaints that match a diagnosis.  Now most Doctors will of course order needless tests, consult Google, Web MD or just the software prompt that will send them  the appropriate code to match the illness with the patient. Whether or not they are needed or accurate is irrelevant.  Somebody has got bills to pay. And those bills will yours.

The below article discusses the deliberate and manipulative way a hospital can remove the horrible middle man and notorious Scrooge, the Government, which despite their inefficiency, has been that opposing front line to the escalating costs of medical care.  You know care that in one hospital has you paying $300 for Aspirin but in another city $150.  Hey it is half off! Why are you complaining?

I just spoke to a young woman who had a serious car wreck. Her husband was transferred to the dump truck Harborview Medical Center here.  Immediately within 24 hours he was released despite a Doctor offering to do the nasal repair surgery right then.  Oddly nothing was done and yet sustained crushing blows to the face and of course Traumatic Brain Injury, yet released very early.  Why? I am assuming she has very inadequate insurance.  And they couldn't Medicare fraud as they did with mine and coded me as an "outlier" with the 72 hour catch and release mentioned in the article.

That is what they do. They assess your ability to pay or your insurance and in turn diagnose and treat accordingly.  This young woman's husband desperately needed to stay in hospital and be "observed" but no send him home and have him return for expensive and yes needed surgery that they have convinced her that they are only ones who can do such surgery.  Uh a quick call to Virginia Mason and Swedish led me to several names who can do said surgery.  Part of your medical bills these day are paying for the marketing and advertising you see in magazines and on billboards.  "Come to Valley Hope where every day is a valley of hope!"

But when you scared and worried about your loved one you want the best and you are also kinda sorta busy with caring for someone whose unexpected illness/accident has lead them there.  But this woman was different and she cared in the right way, being aggressive and assertive. And those are two disorders Hospitals hate to treat.

It’s not something they teach doctors in medical school. And it’s probably not something you’d know to look for if you were suddenly rushed to the hospital in an emergency. But when a doctor decides to write the words “under observation” on a Medicare patient’s chart, it can have lasting consequences.

Those two little words can be the difference between spending thousands of dollars out of your own pocket and having Medicare cover the entire bill.

Brenda Kelley-Nelum was driving her husband Al 'Doc' Nelum to an appointment when he started having symptoms of a stroke. An ambulance took him to the nearest hospital with a stroke clinic. Hours later they were still there, waiting on test results, when someone mentioned her husband had been put on observation status. As an advocate for seniors in Virginia, Kelley-Nelum had a vague recollection that she’d heard that term before. And it wasn’t good.

“I was really frightened about what's wrong with my husband. And then they came up with this observation status and I questioned why?” Kelley-Nelum said.

She was right to worry.

As it turned out, her husband would go on to a nursing facility for rehabilitation, at a cost of about $22,000. Medicare pays for rehab only for people admitted to a hospital for three or more days as “inpatients.” Medicare will not pay for rehab if they were classified as “observation status” when they received treatment at the hospital.

Watch the video below for tips from Dr. Ashish Jha of the Harvard School of Public Health, who explains what you can do to prevent this kind of billing issue.

Kelley-Nelum did what advocates advise anyone on Medicare to do. She found out how her husband was classified and asked if he might need rehab later. Then she spoke up -- loudly. She asked so many questions, she said, the doctors grew tired and sent in someone from hospital administration. That person relented and changed Doc Nelum's status to “inpatient.” His entire $22,000 bill was ultimately covered by Medicare.

Kelley-Nelum says her husband is lucky she was there.

“If I had not been there my husband probably would have accepted the observation status ... on face value.”