The Model of Design 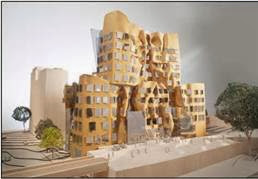 As we are seemingly moving away from the art of the hand, with fewer graphics and design actually being produced, another trade and skill, model making may be going the way of the 3D Printer.

Today the New York Times profiled a modeler who might be more the art in architecture. As we move more and more away from traditional design, art and talent, I wonder what we are truly gaining or are we losing more than what is just a job but a true profession.

A Translator of Blueprints


When “60 Minutes,” the CBS News show, secured an exclusive interview with a member of the Navy SEAL team that killed Osama bin Laden, one of the first things it did was search for a model maker who could replicate the compound in Abbottabad, Pakistan.

“I said, ‘We have to do a model,’ since to my mind, I couldn’t understand the story without it,” said Henry Schuster, a producer at “60 Minutes.” “A model is the original 3-D, it allows you to see everything at scale, and spatially, you can move from place to place and get a sense of progression that isn’t possible with fancy graphics.”

To find someone who could replicate Bin Laden’s home and its surroundings in miniature, the producers called various experts for recommendations, including Robert A. M. Stern, the architect and dean of the Yale School of Architecture. At the top of everyone’s list was Richard Tenguerian, 57, a model maker who has spent the past three decades working for some of the world’s most famous architects from his basement workshop on Lafayette Street near Astor Place.

One of a handful of people in New York who practice the craft of making building models, Mr. Tenguerian, who was born in Aleppo, Syria, and raised in Beirut, Lebanon, has worked for the likes of Richard Meier, Philip Johnson and Renzo Piano. His replica of Bin Laden’s compound is now on display at the Navy SEAL Museum in Fort Pierce, Fla., while his model of the new Yankee Stadium was featured in the groundbreaking with then-Governor George E. Pataki and is part of a permanent exhibit at the New York Yankees museum.

“He is a true artist,” said Kenneth Drucker, director of design for the New York office of the architectural firm HOK, who has worked with Mr. Tenguerian for the past quarter century. “We have relationships with multiple model shops, but he is my model maker of choice. We have an unspoken language, we have worked together so long, he knows what level of abstraction I need — and he has never missed a deadline for me, ever.”

When one thinks of models, it is typically of the dollhouse or train set variety. And Mr. Tenguerian’s subterranean studio on Lafayette Street does have a toy store feel: he keeps a pet snake in a tank near his desk and two birds tweet contentedly in a cage near the elevator. On a recent Saturday, a not unusual workday when a deadline must be met, employees were toiling away, their heads bowed over draft tables, painstakingly applying leaves to miniature trees like a reality-television version of Santa’s elves.

But their work is not child’s play. Architectural models can cost upward of $100,000, and sometimes far more. Architects use models to realize and improve upon their designs; developers rely on them during presentations, hoping the models will convince the relevant authorities to approve their plans. For brokers, models have become a key marketing tool, used to persuade buyers to shell out millions of dollars for homes that have yet to be built.
“There is nothing better than a model to really understand how a building looks,” said the architect Morris Adjmi, who has worked with Mr. Tenguerian on several projects. “His models have a warmth about them. Even though they use a lot of automated processes, there is this handmade quality that gives them a soul and life.”

Mr. Tenguerian comes from a long line of artists. His family, which is of Armenian descent, can trace its origins to the 1700s, and includes artists, diplomats, clergy and translators. His parents, who survived the Armenian genocide before fleeing to Syria, worked in creative fields. His father, Antranig, was a sculptor and his mother, Mary, a clothing designer for Chanel when the design house had an outpost there.&lt;/ “I grew up in a creative environment,” Mr. Tenguerian said. “We used to make all of our own toys, sketching, drawing, playing outdoors.”

At age 14, Mr. Tenguerian worked as a summer intern for Hagop Atechian, a Lebanese architect, for whom he built his first model. “Every summer after that, they would call me to make more models for them,” Mr. Tenguerian said. “When you are that age, you think that everyone can do what you do. It isn’t until you get feedback or a reward that all of a sudden it’s a turning point. Still, I never thought about being a model maker, I wanted to become an architect.”

In 1975, when Mr. Tenguerian was 18, the civil war in Lebanon broke out. He had been accepted to the American University of Beirut, but in the wake of the war, chose instead to leave for the United States. Mr. Tenguerian arrived here alone, with plans to live with an aunt in Woodside, Queens. “I came with just $25 in my pocket — which I used for the cab ride from J.F.K. to my aunt’s house.”

In New York, Mr. Tenguerian worked for a jeweler, and eventually, found a job at AWAD Architectural Models. He saved up enough money to attend Pratt Institute in Brooklyn, working during the day and attending classes in the evening. He graduated in 1984 with a degree in architecture.

“After school I was confused,” he said. “Architects wanted to hire me, but they were going to give me jobs making models.” Ultimately, Mr. Tenguerian embraced the calling. “I decided to stay being a model maker because the demand was so high. I thought, ‘the architectural community wants me to stay a model maker so I can contribute that way to the field.’ ” In 1988, he opened his own company.

“As a professional model maker, we bring the architect’s vision into reality, that process from the invisible to the visible,” Mr. Tenguerian said recently, sitting behind his desk, his voice occasionally punctured by the sound of whirring machinery used by his workers. “Modeling is not new, it is historical. In Egypt, there was no photography or paper and they created clay models to preserve and document their history. I am part of a long practice.”

Depending on the size and type of job, it can take anywhere from a few days to more than a year for Mr. Tenguerian to complete a model, and he often hires craftsmen such as carpenters, painters and electricians to help. Technology has also become integral, including LED lights, 3-D printing and computer programs that allow, for example, a model to be controlled using an iPad.

His ability to translate an architect’s vision has been a key to Mr. Tenguerian’s longevity, and the walls of his studio are an ode to his successes. Photographs, which are tacked onto nearly every available surface, include Mr. Johnson in his trademark round black glasses with his arm around Mr. Tenguerian’s son, the model for the new Tappan Zee Bridge and a strange oblong mock-up of a proposed hotel in Abu Dhabi. On one wall, several shelves are lined with clay busts of famous architects, many the work of Mr. Tenguerian’s brother Harout, a sculptor, who created the likenesses from photographs taken when the architects visited the workshop.

Mr. Tenguerian hopes one day to write a book about model making, and to that end, he has begun collecting materials. He has even written a document in which he poses questions that he then answers, such as, “What do you do as a model maker” and “What does architecture mean to you.”

In response to “What is a model maker’s job besides cutting and pasting?” he says, “Every architect has their own expectation and ways of looking at things. They often are personal and we must find a way to exceed their expectations. Certainly, a model maker should treat the model as a piece of art, and not just any product.”
Posted by Unknown at 6:35:00 PM