Test Not on Paper 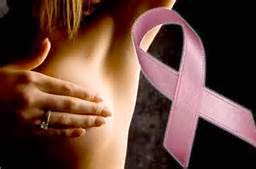 And again another study shows that Doctor's might have been over prescribing - tests. Shocking, I know. And it is time to add one more to the list.

I have officially lost count the number of bullshit tests our medical industrial complex puts us through to basically insure that they don't get sued, get more money, or are simply lazy jerks who do nothing but pass the buck, literally and figuratively to others to do the dirty work.

I am 54 and have steadfastly refused a Mammogram. I have been "invited" to partake the few times I have forced myself to see Western Medical Professionals,  where  I am also invited to have a proctology exam, which I have also declined.

I have long decided to bypass any arduous cancer treatments should I be diagnosed and instead decided to travel to Paris, commission a Designer for a Haute Couture design and then jump into the Seine upon its completion. I think that is a hell of a way to go.  I have figured it is about the same amount of money and a way better way to spend it. But to each his own.

In our lack of empathy, demanding and scolding nation I have heard many complaints, negativity and hostility with regards to my own personal plan and personal decision with regards to my own personal medical decisions using my personal funds or insurance which come from my personal account. Funny, with our same up by the bootstraps, intrinsic emphasis culture, the second you defer to follow the standard protocol you have insulted the individual with your individual choice.

So it does make one wonder are we followers, leaders, or marchers to our own drums? I think we are sheep and there is a part of the 1% who are the Australian Retrievers who manage and control us and they are turn  owned and controlled by the .01 of the 1%.

So ultimately the decision is yours or not.


One of the largest and most meticulous studies of mammography ever done, involving 90,000 women and lasting a quarter century, has added powerful new doubts about the value of the screening test for women of any age.

It found that the death rates from breast cancer and from all causes were the same in women who got mammograms and those who did not. And the screening had harms — one out of five cancers found with mammography and treated was not a threat to the woman’s health and did not need treatment like chemotherapy, surgery or radiation.

The study, published Tuesday in The British Medical Journal, is one of the few rigorous evaluations of mammograms conducted in the modern era of more effective breast cancer treatments. It randomly assigned Canadian women to have regular mammograms and breast exams by trained nurses or to have breast exams alone.

Researchers sought to determine whether there was any advantage to finding breast cancers when they were too small to feel. The answer was no, the researchers report.

A large, 25-year study of Canadian women aged 40 to 59 found no benefit for women who were randomly assigned to have mammograms.

The death rate from breast cancer was the same in both groups, but 1 in 424 women who had mammograms received unnecessary cancer treatment, including surgery, chemotheraphy and radiation.

The study seems likely to lead to an even deeper polarization between those who believe that regular mammography saves lives, including many breast cancer patients and advocates for them, and a growing number of researchers who say the evidence is lacking or, at the very least, murky.

“It will make women uncomfortable, and they should be uncomfortable,” said Dr. Russell P. Harris, a screening expert and professor of medicine at the University of North Carolina at Chapel Hill, who was not involved in the study. “The decision to have a mammogram should not be a slam dunk.”

The findings will not lead to any immediate change in guidelines for mammography, and many advocates and experts will almost certainly dispute the idea that mammograms are on balance useless, or even harmful.

Dr. Richard C. Wender, chief of cancer control for the American Cancer Society, said the society has convened an expert panel that is reviewing all studies on mammography, including the Canadian one, and would issue revised guidelines later this year. He added that combined data from clinical trials of mammography showed it reduces the death rate from breast cancer by at least 15 percent for women in their 40s and by at least 20 percent for older women.

But an editorial accompanying the new study said that earlier studies that found mammograms helped women were done before the routine use of drugs like tamoxifen that sharply reduced the breast cancer death rate. In addition, many studies did not use the gold-standard methods of the clinical trial, randomly assigning women to be screened or not, noted the editorial’s author, Dr. Mette Kalager, and other experts.

Dr. Kalager, an epidemiologist and screening researcher at the University of Oslo and the Harvard School of Public Health, said there was a reason its results were unlike those of earlier studies. With better treatments, like tamoxifen, it was less important to find cancers early. Also, she said, women in the Canadian studies were aware of breast cancer and its dangers, unlike women in earlier studies who were more likely to ignore lumps.

“It might be possible that mammography screening would work if you don’t have any awareness of the disease,” she said.

The Canadian study reached the same conclusion about the lack of a benefit from mammograms after 11 to 16 years of follow-up, but some experts predicted that as time went on the advantages would emerge.
Well Faces of Breast Cancer


That did not happen, but with more time the researchers could, for the first time, calculate the extent of overdiagnosis, finding cancers that would never have killed the women but that led to treatments that included surgery, chemotherapy and radiation.

Many cancers, researchers now recognize, grow slowly, or not at all, and do not require treatment. Some cancers even shrink or disappear on their own. But once cancer is detected, it is impossible to know if it is dangerous, so doctors treat them all.


If the researchers also included a precancerous condition called ductal carcinoma in situ, the overdiagnosis rate would be closer to one in three cancers, said Dr. Anthony B. Miller of the University of Toronto, the lead author of the paper. Ductal carcinoma in situ, or D.C.I.S., is found only with mammography, is confined to the milk duct and may or may not break out into the breast. But it is usually treated with surgery, including mastectomy, or removal of the breast.

Mammography’s benefits have long been debated, but no nations except Switzerland have suggested the screening be halted. In a recent report, the Swiss Medical Board, an expert panel established by regional ministers of public health, advised that no new mammography programs be started in that country and that those in existence have a limited, though unspecified, duration. Ten of 26 Swiss cantons, or districts, have regular mammography screening programs.

Dr. Peter Juni, a member of the Swiss Medical Board until recently, said one concern was that mammography was not reducing the overall death rate, but increasing overdiagnosis and leading to false positives and needless biopsies.

“The mammography story is just not such an easy story,” said Dr. Juni, a clinical epidemiologist at the University of Bern.

Even experts like Dr. H. Gilbert Welch, a professor of medicine at Dartmouth University, who have questioned mammography’s benefits were surprised by Switzerland’s steps to reconsider its widespread use.

In the United States, about 37 million mammograms are performed annually at a cost of about $100 per mammogram. Nearly three-quarters of women age 40 and over say they had a mammogram in the past year. More than 90 percent of women ages 50 to 69 in several European countries have had at least one mammogram.

Dr. Kalager, whose editorial accompanying the study was titled “Too Much Mammography,” compared mammography to prostate-specific antigen screening for prostate cancer, using data from pooled analyses of clinical trials. It turned out that the two screening tests were almost identical in their overdiagnosis rate and had almost the same slight reduction in breast or prostate deaths.

“I was very surprised,” Dr. Kalager said. She had assumed that the evidence for mammography must be stronger since most countries support mammography screening and most discourage PSA screening.
Posted by Unknown at 10:04:00 PM