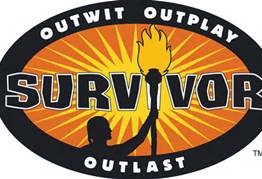 I used to love that show and I would return to it one day I think but like anything you need to watch other reality or live it to appreciate your own. And as I have been a hardened critic of the criminal justice system there are the once in lifetime moments that may you go hmm or ahh or thank god, whatever phrase, term or sound you need to take such a moment.

So when I read this story, I thought the term Survivor has many meanings. Once again it shows the power of a Court system who works with the community as opposed to against it. One that realizes the insane excessive over legislating laws and punishments are doing more harm than good and actually costing more in not just lives ruined but financially.

I think I was most surprised that of all things a reality star and legal aid attorney went to lengths to help this young woman. Maybe I do need to start watching this show again just to remind myself that not all the media whores on these shows are utter media whores that can be reserved for the pundits on the cable news.

Facing Jail Time, Until a Lawyer With Survival Skills Helped Her Find Her Way

The .22-caliber pistol was in her waistband, not only unlicensed but defaced, its serial number scratched or sanded off. She had not been to school in at least six months. Sitting in a detention cell in December 2010 at age 17, Jessica Williams of East Harlem realized she had been caught cold and was about to be cooked: a year in jail on a Class D felony, and then lifetime membership in the Rikers Island Alumni Association. “Reality didn’t hit me until I was in Rikers Island, and thought, ‘Oh my God, this is not my life,’ ” Ms. Williams said this week.

Turns out she was right.

On Thursday, Ms. Williams, now 20, will take the day off from her job at a CVS drugstore and turn up for graduation from Manhattan Comprehensive Night and Day High School. Among the speakers on the commencement program are the lawyer who decided that she was worth another chance and the judge who decided to give it to her. And cheering her on will be school advisers who helped her get a driver’s license and have her poised to start a training program with U.P.S. next month.

“She hadn’t been through the system,” said Eliza Orlins, a lawyer with the Legal Aid Society who represented her. “I felt that if she could escape from that, she could transform her life. She has a wonderful aunt and grandmother and girlfriend who wanted to see her succeed.”

For all that, nothing about Ms. Williams’s case is much out of the ordinary, except that enough people made the effort to help her way to redemption. Ms. Orlins, a graduate of private schools in Washington, is dedicated to her work, but that is not a rarity in the Legal Aid Society or in the offices of New York City’s district attorneys. (Though, it should be said, Ms. Orlins apparently is the only public defender in New York to have appeared twice on the reality TV show “Survivor.”)

As a teenager, Ms. Williams had a dreadful record in school — cutting classes, getting suspended, a fib-a-day for her parents — but none whatsoever of violence, or, for that matter, any criminality. She had a clean rap sheet.

She grew up in the Jefferson Houses projects in East Harlem, raised by her mother and stepfather, living with “five other siblings — one brother, one sister, two nephews, one niece,” she said. After attending Bayard Rustin High School for a few years, she effectively dropped out.

“I was hanging out in the projects, partying, running around, doing negative things,” Ms. Williams said. “I was, like, popular.”

One afternoon in December 2010, she said, she and some friends found the gun near a trash can on 119th Street. “I thought it would be cool if we kept it, and that night — I don’t know why — I decided to take it outside,” she said. The police rolled up. She explained that she had thought it might be worth a few dollars by turning it in at a police station house. “The officer said if I was going to take it there, I should never have had it in my waistband,” Ms. Williams recalled.

A minimum of a year in jail is the formula applied by New York State as a hedge against the history of misery associated with guns; when it turned out that the gun was not working, and that its possession was therefore not a felony but a misdemeanor, the Manhattan district attorney’s office stuck by its demand for a year in jail. Even a broken gun is a source of havoc. Then again, so is too much jail.

In Brooklyn, the Red Hook Community Court has taken drastically different approaches and has shown that some problems are better solved by not locking people up. It accepts criminal cases from three police precincts and, under a single roof, manages to steer people into drug treatment, alternative schools, and other places besides jail. Its recidivism rate is lower than that in the rest of the city, and it saves up to $15 million a year in incarceration costs, according to a recent study.

But what is routine in Red Hook demands special agility elsewhere. Ms. Orlins told Ms. Williams to get back into school if she wanted to have any hope of avoiding jail. After getting advice from others at Legal Aid, Ms. Orlins approached Judge Lynn Kotler, who was hearing the case, and asked that Ms. Williams be given a chance to work with Bronx Connect, a mentoring program to help young people stay out of prison. After a few stumbles, Ms. Williams wound up at Manhattan Comprehensive, where Judge Kotler and Ms. Orlins will speak at graduation on Thursday.

Had being on “Survivor” helped Ms. Orlins navigate the court system?

“You mean being starving and miserable and dealing with people who are cranky and miserable?” Ms. Orlins said. “It’s the perfect preparation for criminal court.”
Posted by Unknown at 1:34:00 PM