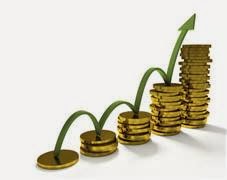 I have long discussed the fraud and the absurdity of the 401(k) concept that for years had people convinced that they were like the character Bruce Dern plays in Nebraska, coming into millions.  Of course Wall Street played that Main Street  like a well worn fiddle but in reality the only ones making money from your money was Wall Street.

There have been Frontline specials on this issue, ProPublica has addressed it and the New York Times has been a frequent commentator on the subject thanks to Gretchen Morgenson's outstanding reporting.   And once again she does an excellent job discussing the ways businesses in the business of retirement often profit while you don't.  The article is here for your perusal.

The article is another example and cautionary tale of how these non-Madoff schemes work. And this is on the eve following the Obama Administration's desire to establish self run IRA's for the working class.

The program was first presented in 2009 and of course like anything in that Administration ignored and buried.

And there is no allowances for those whose pensions are now at risk due to municipal or federal bankruptcy.  That is still of course the debate and the blame of those Unions demanding that workers receive a liveable wage upon retirement, the same kind but nowhere near the amount that Executives get.  You don't think they are enrolled in those 401(K for con) plans do you?


Making good on a State of the Union address promise, President Obama on Wednesday ordered the creation of new employer-sponsored savings accounts intended to help more people get started saving for retirement.

The plan, announced on Tuesday night, was in keeping with his theme of providing financial relief to the middle class to try to bridge what is widely acknowledged as a growing income equality gap.

The president also vowed to raise the minimum wage for employees of federal contractors in hopes of spurring other companies to do the same.

In a stop in Pennsylvania on Wednesday, Mr. Obama signed a presidential memorandum and handed it to Treasury Secretary Jack Lew. It instructed him to create the new “starter” retirement savings program called “myRA,” a name intended to mimic the I.R.A.’s, or individual retirement accounts, that were first made available to workers in the mid-1970s.

The accounts — which are intended for people who do not now have employer-sponsored savings plans — will operate much like Roth I.R.A.’s, according to Treasury officials. Married couples with modified adjusted gross incomes up to $191,000 and individuals earning up to $129,000 will be able to save up to $15,000 total in after-tax dollars for a maximum of 30 years.

MyRA contributions can be withdrawn tax-free at any time without penalty, though pulling out any earnings will be subject to the same restrictions as the Roth, according to Treasury officials.

Initial investments can be as low as $25, and contributions as little as $5 can be made through payroll deductions; mutual funds often have much higher investment minimums.

There will be only one investment option: The Treasury will create a security fund modeled after the federal employees’ Thrift Savings Plan Government Securities Investment Fund, which pays a variable rate.

Unlike the popular 401(k) plans now available to millions of employees at larger companies, account holders cannot lose money. Still, workers also will not have the benefit of potentially higher returns when investing in a diversified portfolio of stocks and bond funds.

But the Treasury’s goal is to get people saving, particularly lower-income workers, who otherwise might not save at all.

“While this will not solve the retirement income shortfall that exists in the U.S., it is a step in the right direction,” said Jamie Hopkins, a professor in the retirement income program at the American College. “These new accounts will open up access to tax-advantaged retirement savings vehicles that many people do not currently have access to because of cost-prohibitive barriers.”

“This is relatively small and for most people won’t make a significant impact on their retirement preparedness all by itself,” he said.

Savers can keep the same account when they change jobs. Once a saver’s myRA reaches $15,000, or after 30 years, the balance will be rolled over to a private sector retirement account. Account holders also have the option of rolling it over earlier.

The new accounts will initially be offered through a pilot program by employers who choose to participate by the end of this year. The accounts are meant to cost employers little or nothing to create since they will neither administer the accounts nor contribute to them. But employers are not required to offer them.

In his speech on Tuesday, the president addressed what many people consider a crisis among retirees who are living longer on smaller and smaller pots of money: “Today, most workers don’t have a pension. A Social Security check often isn’t enough on its own. And while the stock market has doubled over the last five years, that doesn’t help folks who don’t have 401(k)’s.”
Posted by Unknown at 7:56:00 PM