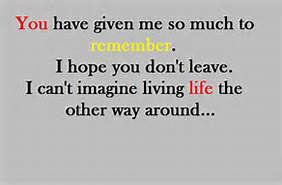 The last few days have been a boon in articles about people, aging, medicine and more importantly living.

First up: More Obamacare really he cares, he cares so much that more delays are on the horizon. I am so over this that I no longer need any medical care.

From the NY Times: The Obama administration announced on Monday that it would postpone enforcement of a federal requirement for medium-size employers to provide health insurance to employees and allow larger employers more flexibility in how they provide coverage.

And on that note. We have this article and book from a Doctor who discovered being in the hospital is shitty care. Duh. There have been many Doctors who have also experienced this first hand and written about it, add this one to the list of shocking, I know. Nurses are middle tier in the hospital hierarchy. The orderlies and other attendants who do the cleaning and shit wiping are the lowest. Surprise when you are the highest tier and that, like the 1% has its own internal hierarchy, you find that out when having your ass wiped.

This is America, until you have it happen to you directly and you then learn about it directly then you become suddenly empathetic, compassionate and in turn an advocate. And then you also become a professional pain in the ass. At some point you either do something that benefits the larger picture or you need to STFU. Or try reading these books, they oddly might help.

And since most Doctors spend about 15 minutes with a Patient and then order expensive tests and other utterly unneeded and unnecessary tests we add other incompetent professionals to the mix. All to meet a checklist off and ensure that the worst case scenario is not that or the fear of the medical malpractice suit, that is also an utter myth, along with the caring competent Nurse. I was specific in my malpractice suit, listing the charge nurse by name. Trust me read a medical chart and go "wow cut and paste or I am a perfect patient every 2 hours, I never change what so ever."

Phillip Seymour Hoffman's death is now marking a new drug "crisis" the Opioid one. And we have now more than one article about families overcoming tragedy and of course the over prescribing of opioid as pain medication, the new gateway drug. Remember when it was Pot? Then we had Crack and then we had no knock warrants and insanity about stopping drugs and imprisoning people for using them. It worked out well as are other wars have, with equal arms and drones and dogs and hysterical men highly charged and uber paranoid, ask those in Iraq or Afghanistan about that and oddly many of the drugs we run amok over here about come from over there. It's full circle of life.

But if you need drugs well then you might be out of luck. There is a serious shortage of needed drugs and no reason why they are not available so I am sure it is not from the lack of chemicals or manufacturing but perhaps due to insurance costs and return on investment. It is always about the money when it comes to Big Pharma. Although in the case of executions in America those drugs are largely European companies and are doing so for purely political reasons and for once they are doing the right thing. Besides we love our guns in America and the whole 2nd Amendment so firing squad away!

*ETA: Today our Govenor in Washington state suspended the Death Penalty. He has largely been a idiot with regards to his issues on criminalizing most misdemeanors but this is a step in the right direction

And on that note, Eric Holder continues his quest to reduce the long term affects of felony convictions by symbolically asking States to restore voting rights. Ironic as many States are trying to reduce them for non-felons. But I digress....

And thanks to the ever aging Boomers, we must remember sex and what stops it - Menopause. After realizing that men were being over prescribed drugs for "Low T" or as I call it, the new fibromyalgia, gluten intolerance, peanut allergy disorder, they still have to have someone willing and able to have sex with them. So now we have a new dilemma other than hot flashes and estrogen issues, we ladies can have vaginal atrophy. Yes that is major problem in the age of lubricants that are being openly advertised on TV, But if you are truly worried try oral sex, you know in this case a man will do all the heavy lifting. Quid.Pro.Quo as they say. Turnabout is fair play? Hmm... there is a visual there. The numbers nine and six are prevalent here.

But remember all sex is safe sex. There has been a rise in STD's among the Senior set and resistance to protected sex which seem to set Bill Maher off with regards to Medicare paying for treatment, sadly I agree. The Government will pay for oldster sex and treatment for VD while excoriating women's libidos and not paying for birth control? Interesting.

But all of this has to be an improvement over dying slowly with senility. You can still age well and neither your vadge or brain need to atrophy and since hard ons are linked also to weight the option to pursue health may be a winner as well. Another article actually found that old peeps minds may be fine but we gots a lots going on in there and in turn may stave off that atrophy as well. Hey its a busy brain for an 85 year old, ask this athlete about that.

But a lot of the issues of health center around having solid healthy relationships, intimate or otherwise. And the need to find ways to connect are essential.

So what do couples do to build communication and in turn have healthy sex. Well try a movie. A nice movie, HER might be one that you both would like. It is about a man dating his PHONE. And well just like in real life, dating is so much better when you know the person in real life. Your imaginary friend is just that, better in your imagination.

I read this blog over and go wow this sounds like a lot. And for most people this is. The privilege of being white, middle class, well educated, having choices and opportunities allow you to do and more importantly experience them. I know people who have never left the neighborhood. You think Nebraska is a send up on rural living oldsters, but easy for a critic who well has never been to rural Nebraska to say that.

We know so little about each other, our communities and more importantly don't seem to care. It is an artifice, a defense that allows us to view the world from an 8x14 screen or a 3x5 card. That is not living well or caring much. So everybody let's Wang Chung today.