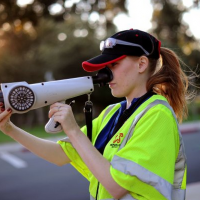 Sort of like who's on first but now with the increasing move towards legalizing Marijuana, there are many cities and states dipping their toes into that green bud water through medical marijuana as they are hooked on the income it generates, just not for the players it used to. No not the dealers, the Police.
And in Minnesota their largest voice against the legalization is of course the Police.  Not because they fear a bunch of cancer stoners on a criminal rampage, the former stereotype of the reasoning behind the war on drugs, but the money lost.  Not just the federal grants for the cool fun tanks and fetish wear they love to adorn themselves while kicking someone's door down at 3 a.m, but money from forefiture.   Then how are the boys going to go to Hawaii?

This article describes the debate and the truth behind it.  Money.

Well they will get it other ways, the new DUI laws and the nanogram will make up for some of that loss.  Funny and no coincidence that there are now a rash of articles on the danger of driving while high or at least having THC in the blood.  No knock required, just a piss in the cup.

War on drugs just finds a new field in which to ready aim and fire.

By: Mike Mosedale
February 14, 2014
Rep. Carly Melin acknowledges that many in law enforcement have legitimate public safety concerns related to medical marijuana. But she says the uncompromising posture of the top law-enforcement officials makes it “pretty obvious that something else is going on here.”
Medical marijuana bill sponsor says police agencies are hooked on drug-enforcement dollars

In her push to legalize medical marijuana in Minnesota, Rep. Carly Melin expected there would be tough negotiations and, inevitably, some compromise on the fine points of the proposal. That seemed a reasonable assumption, given the hard line opposition from many of the state’s law enforcement leaders and Gov. Mark Dayton’s insistence that lawmakers need to get those top cops on board before he signs on.

The negotiations haven’t been tough, she said, they have been virtually non-existent:  “It’s like negotiating with a brick wall. All along I have said that I am willing to amend the bill. But they won’t move at all.”

“They wouldn’t discuss any specific provisions and said they had a blanket opposition to medical marijuana,” Melin recalled. She took note of one objection voiced at the meeting but not mentioned in the coalition’s 10-page, bullet-point laden white paper: concern about the impact the measure might have on police budgets.

According to Melin, Dennis Flaherty, the executive director of the MPPOA, explicitly told her that he was worried that legalization — in any form — could lead to harmful reductions in the federal grants that are an important funding source for many police agencies.

Efforts to reach Flaherty for comment were not successful.

To date, most questions about the policy positions of law enforcement and its financial stake in upholding current drug law have received little attention at the Capitol. “I don’t think it’s part of the debate because they wouldn’t publicly admit that it’s even an issue,” Melin said. In addition, she said, “Nobody wants to question the motives or honesty of law enforcement.”

Melin took pains to acknowledge that many in law enforcement have legitimate public safety concerns related to medical marijuana. But the uncompromising posture of the top leaders, she added, makes it “pretty obvious that something else is going on here.”

Whether or not money is a motivating factor, there is no question that federal crime-fighting funds have become  increasingly important to local law enforcement. Nationally, the U.S. Department of Justice distributes between $300 million and $500 million annually through a program called the Edward Byrne Memorial Justice Assistance Grant.

Byrne grants are especially critical to the operations of inter-agency drug task forces, which don’t have the same dedicated funding sources as municipal police departments. In 2012, 23 such task forces in Minnesota received a total of approximately $4.2 million from Byrne grants. The money is spent on everything from military-grade hardware to officer overtime.

Critics contend that Byrne grants effectively encourage police to pursue relatively low-level drug offenses, including marijuana possession. Mainly, they say, that’s because the performance measures used in determining awards are based on such factors as numbers of arrests or new task force investigations, with little regard paid to the quality of the arrest or the outcome of the court case.

“The agencies that are successful have to demonstrate a commitment to drug enforcement. The nature of that enforcement is much less important,” said Norm Stamper, a former chief of police in Seattle who now serves on the board of the drug reform advocacy group, Law Enforcement Against Prohibition. “Those who develop a dependency on federal funds such as Byrne grants are likely going to oppose any kind of initiative to legalize anything that’s been a cash cow for them.”

Stamper, who testified before the Minnesota Legislature during the last big medical marijuana push in 2009, said law enforcement has another big stake: preserving its haul from assets seized in the course of drug investigations.

During his tenure with the San Diego Police Department, Stamper said he felt “a real sense of justice” after the department seized two helicopters owned by high level drug dealers and then converted them to the department’s use. “I have since come to view seized assets with a very jaundiced eye,” Stamper said. “I think there is a really twisted set of priorities that cause too many in law enforcement to go after the money and that becomes the mission, rather than public safety.”

For those police who see medicinal marijuana as gateway legislation, the financial implications of change are real. In Washington, where recreational marijuana is legal, police are already complaining they’ve been forced to slash budgets because they can no longer rely on any revenue from marijuana-related asset seizures. A drug task force in one county cut its budget by 15 percent to compensate for the lost revenue.

In 2012, police in Minnesota seized approximately $8.3 million of cash and property under the state’s forfeiture law, according to a report from the Office of the State Auditor. About 47 percent of those forfeitures were related to controlled substance violations, with most of the rest associated with drunk driving.

The auditor’s report does not differentiate between marijuana and other drugs, so it is hard to know how a change to legalized medical marijuana might affect the cash haul, said Sen. Ron Latz. Latz said he suspects most asset forfeitures are connected to drugs such as crack and meth, where the felony threshold is low.

Not all agencies use the forfeiture law in the same way. The St. Paul Police Department netted more than $582,000 from asset seizures in 2012. It was the second-biggest haul of any police agency in the state — a fact made more notable since the proceeds were derived exclusively from controlled-substance cases.

According to Lee McGrath, an attorney with the libertarian Institute for Justice, Minnesota law enforcement agencies netted nearly $30 million between 2003 and 2010 through the use of forfeiture.

“What is most offensive in Minnesota is that you can be acquitted in criminal court and still lose your car or your cash in civil court,” McGrath said. “The only people defending the current law are in law enforcement. Everybody else is offended by the idea.”

While forfeiture was sold to the public as a good way to hit drug kingpins and gang leaders in the wallet, McGrath said, Minnesota law enforcement mostly use forfeiture to target small game. “No Colombian drug lords are being busted under this law. The average seizure in Minnesota is worth $1,253,” he said.

McGrath, as well as some liberal and libertarian-minded lawmakers, want to prohibit the use of forfeiture in the absence of a criminal conviction or admission of guilt. Rep. Susan Allen and Sen. Dave Thompson have proposed such legislation.

That move is not winning friends in law enforcement circles. In December, the members of the state’s Violent Crime Coordinating Council — an oversight body created in 2010 after the now-defunct Metro Gang Strike Force failed to account for more than $18,000 in seized cash — voted to oppose “proposed legislation limiting the use of asset seizure and forfeiture.”

Dodge County Sheriff Jim Jensen, the VCCC chair, passed on those objections to Allen and Thompson in a Feb. 7 letter. The same day, Jensen also wrote Rep. Melin and Sen. Scott Dibble to formally express the VCCC’s opposition to the medical marijuana legislation, as well.

The letters irked Melin enough that she fired off her own letter to the House Research Department inquiring as to whether the VCCC over-stepped its statutory authority in advancing policy positions.

In a sharply worded letter to Public Safety Commissioner Mona Dohman and the members of the VCCC, Melin made her frustrations clear:

“The public has long questioned law enforcement’s motivation behind its staunch opposition to medicinal marijuana, and suspected that a threat to the law enforcement’s revenue stream through forfeiture laws creates an inherit conflict. The fact that the VCCC opposed both medical marijuana and a restructuring of forfeiture laws at the same meeting raises a red flag that needs further exploration.”

In addition, Melin wrote that “it is especially concerning to me that the VCCC flew in a law enforcement officer from Colorado to address the Council on medical marijuana laws in the State of Colorado.”

Melin said the incident further highlighted the outsized role that law enforcement has assumed in a debate she would prefer be defined by doctors and patients. But, she said, Gov. Dayton invited law enforcement to the table. “It would be very helpful for us if the governor asked law enforcement to negotiate in good faith,” she added.
Posted by Unknown at 8:08:00 PM