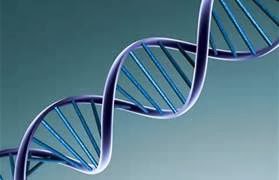 I think that is now an acronym for Do Not Analyze. Texas, the ground zero of death chamber penalty and imprisonment once again does not fail to do nothing.

Despite the new legislation to require DNA analysis to be done in criminal felonies there are the exceptions to the law and that is the actual process of law itself.

I read this case and thought good to know that the wrong person could be tried and convicted and sentenced to death by compounded drugs without any evidence. Maybe the real killer could come forward admit he killed her, had killed before and had that plea bargained down to the equivalent of jaywalking, much similar to the case I wrote about in Fool me once.

You need practice to become a career criminal apparently and you need law enforcement to keep busy so let's compromise and find ways to stop one and do the other by actually doing the other - their job.

I have long written about failed crime labs of idiocy and incompetency so maybe that is why testing the DNA is kinda sorta hard and stuff. But nothing says incompetency more than rushing through a critical DNA analysis. Sure we need it for Maury Povitch, "Whose the Killer?" episode next week. And it is easier and faster to ram these cases through the court in drive through justice where you get coke, fries and a death penalty all for under six figures.

And of course when anyone asks why this happens and how injustice occurs, well aside from lying lazy cops, Prosecutorial Misconduct, Crime lab ineptitude we have the Judge. And once again the fish stinks from the head and this Judge is new at the job and I am sure needs to "appear tough" on crime. Not the first nor the last in our system of Judicial insecurity.


The state’s highest criminal court on Wednesday unanimously reversed a lower court’s decision to allow further DNA testing in the case of death row inmate Larry Swearingen, sending his case back to a district court for further proceedings.

Swearingen was sentenced to death in 2000 after he was convicted of kidnapping, raping and killing 19-year-old Melissa Trotter in Montgomery County. His lawyers say DNA testing on evidence found near Trotter’s body could prove his innocence, but prosecutors say further testing is unnecessary.

James Rytting, a lawyer representing Swearingen, said he would revisit the present motion for further DNA testing now that the case is before the district court once again.

“They remanded it,” Rytting said of the Court of Criminal Appeals' decision. “They didn’t say DNA testing is completely forbidden.”

Bill Delmore, the Montgomery County assistant district attorney prosecuting Swearingen’s case, said he would ask the court to set another execution date, adding that there was a “mountain of evidence” of Swearingen’s guilt.

“Here we are, back where we started,” he said.

Montgomery County state district court Judge Kelly Case on Wednesday withdrew an order that had set the execution of condemned murderer Larry Swearingen for Feb. 27. The judge's decision came after a hearing in which Swearingen's lawyers argued that more time was required to accomplish DNA testing they believe will prove his innocence in the 1998 murder of Melissa Trotter.

Montgomery County assistant district attorney Bill Delmore said he was disappointed with the decision, the first ruling in the case from the newly elected judge.

Delmore said that prosecutors had offered to conduct the testing at the state's expense in an expedited manner that would allow the execution to proceed as scheduled. Swearingen's lawyers, however, declined.

"Their refusal to negotiate on the timing of doing the testing between now and the execution date suggests their motion was primarily for the purpose of delay," Delmore said.

Bryce Benjet, a lawyer for the New York-based Innocence Project who is representing Swearingen said that more time is needed to conduct the complicated testing that is necessary in the case.

"We hope the district attorney will agree to conduct testing within the law so that Larry Swearingen can finally get the testing that can dispostively prove his innocence," Benjet said.

A week after condemned inmate Larry Swearingen, who is set to be executed Feb. 27, requested DNA testing that he hopes will prove his innocence in the 1998 murder of a Conroe college student, his attorneys and state prosecutors are bickering over how and when the analysis should occur.

Prosecutors agreed to the testing — a major development following many years of opposition to it — and asked for the evidence to be submitted to a lab and analyzed in an expedited manner. Their hope, they said, is to get the testing done quickly enough to prevent the delay of Swearingen's execution date, the fourth one he has faced since his conviction in 2000.

"A representative of that laboratory has informed prosecutors that the testing could be completed on an expedited basis within about 10 business days," Montgomery County District Attorney Brett Ligon said in a press release. Ligon said he would consent to DNA testing but would oppose a stay of execution for Swearingen.

But Barry Scheck, co-director of the New York-based Innocence Project, and one of Swearingen's lawyers, said that the nature of the evidence requires complicated testing that could involve several different types of analysis. That work, he said, will take more time than is left before Swearingen's execution date.

Ligon’s proposal to conduct expedited testing, Scheck said, would compromise Swearingen’s ability to get the reliable testing results that could prove his innocence.

After Texas courts rejected a litany of scientific testimony that Larry Swearingen’s lawyers say proves that he was in jail at the time of the 1998 murder for which he is set to be executed next month, his lawyers are seeking new DNA testing and asking the state’s highest criminal court to reconsider its latest rejection.
In a motion filed Thursday with the state's Ninth District Court in Montgomery County, James Rytting, a lawyer for Swearingen, and lawyers from the New York-based Innocence Project asked the court for a fourth time to allow DNA testing on evidence they say could prove Swearingen’s innocence in the death of 19-year-old Melissa Trotter and perhaps lead to her real killer. Rytting, in a separate motion filed Wednesday with the Texas Court of Criminal Appeals, has also asked the judges to again review the dispute over whether scientific evidence proves it was impossible for Swearingen to have killed Trotter.

“Our belief is we have proved he’s innocent 10 times over,” Rytting said.

A jury convicted Swearingen of kidnapping, raping and killing Trotter in Montgomery County, sentencing him to death in 2000. He is scheduled to be executed on Feb. 27.

Swearingen has maintained his innocence. And no fewer than five scientists hired by his lawyers have found that the decomposition of Trotter’s body shows that she was killed while Swearingen was in jail on unrelated charges. But prosecutors say that Swearingen was the last person seen with the coed, and they hired their own scientists to dispute his contention.

Bill Delmore, an assistant district attorney in Montgomery County, said there was no need for additional review by the Court of Criminal Appeals. He hadn’t seen Swearingen’s DNA request, but Delmore said he would probably object to it.

“I think we’ve already explored all the potential DNA samples and what have you that might be tested,” Delmore said.

Trotter disappeared from Montgomery Community College on Dec. 8, 1998. On Jan. 2, 1999, hunters in the Sam Houston National Forest found her body on a mat of leaves, twigs and pine needles. Swearingen was among the last people to see her alive. Police had arrested him on unrelated outstanding warrants three days after she went missing and immediately pointed to him as the culprit. Swearingen admitted he had seen Trotter the day she disappeared, but he said he left her alive and well on the college campus. Evidence found near Swearingen's home and a pile of circumstantial evidence, including his own behavior, implicated him.

Swearingen has maintained his innocence, though, and since his conviction at least 10 different reports from multiple scientists have concluded that Trotter’s body tells a different story. Their examinations of her organs show that she was killed while Swearingen was behind bars.

Along with the scientific inquiries to determine Trotter’s time of death in relation to Swearingen’s incarceration, his lawyers have also sought DNA testing on a slew of items that weren’t examined during his original trial. The courts have repeatedly denied the requests, citing restrictions in the 2001 DNA testing law. In 2011, though, lawmakers approved a change to that law, allowing more access to post-conviction DNA testing. Now, post-conviction testing is available for DNA evidence not previously analyzed and for DNA evidence that was tested but that can be re-examined with newer technology. Rytting and Innocence Project lawyers argue that with the change in the law, the court should now permit testing on several items. They are asking to test fingernail scrapings from Trotter, the pantyhose used to strangle her, a torn pair of pantyhose found near Swearingen’s home, Trotter’s clothing and cigarette butts recovered from the crime scene.

“The Texas Legislature has made it clear that DNA testing should be allowed when there is a possibility it could help prove innocence, and the testing Mr. Swearingen is seeking could shed light on many unanswered questions in this case,” said Barry Scheck, co-director of the Innocence Project, which is affiliated with Cardozo School of Law.

Swearingen's lawyers are also hoping to persuade the state's top criminal court to take another look at the science they say proves he could not have murdered Trotter. Last year, the district court in Montgomery held a weeklong evidentiary hearing in which scientists testified for hours about the decomposition of Trotter’s body, the development of insects found on her corpse and the weather conditions in the forest where hunters found her.

It was all in an effort to determine whether Trotter died during the three days between her disappearance and Swearingen’s arrest, or, as his lawyers say, much later. Scientists hired by the state said the weather was cool enough that it would have helped preserve Trotter’s organs, which were found well-preserved, during the days after her disappearance and death. Conversely, experts hired by Swearingen’s lawyers testified that had her body been lying in the forest for more than two weeks, the deterioration would have been much more advanced.

After the hearing, state district Judge Fred Edwards, who was replaced in the November election, decided the state’s arguments were more convincing. Before transcripts of the hearing were completed, the judge told Delmore to write an order that supported the state’s view of the case. Delmore said he wrote the findings based on his extensive notes from the hearing and his memory because the transcript wasn’t available. The judge told Swearingen’s lawyers not to bother drafting an order that reflected their arguments. Edwards signed off on the state’s findings, and the Court of Criminal Appeals, which typically aligns with prosecutors, agreed to those findings, too.

“I felt like I did accurately summarize the testimony,” Delmore said in an interview Wednesday. “I don’t think the findings of fact need to summarize all the testimony offered.”

He said it is common practice for the winning side in an argument to draft findings that the court adopts.

Rytting said the findings are one-sided and inaccurate, and he has asked the Court of Criminal Appeals to conduct a review of the hearing with the full transcript and to consider Swearingen’s arguments.

“No matter where that judge got his information, he disregarded the science,” Rytting said.