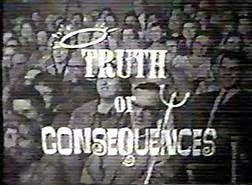 As I look at more and more cases where individuals and their stories with regards to the impropriety of the jurisprudence system, two stories came to the forefront.

First this where another innocent spent tragic and useless years behind bars for a crime he did not commit and another where a young man lost his life in another desperate attempt to plea bargain and stave off prosecution.  Use 'em and lose 'em is clearly his story.

Both lost their lives just in different ways.  Our system of Justice clearly has no system other than reward those for doing nothing more than well  doing nothing.

The settlement, announced on Tuesday, was another measure of vindication for Mr. Tankleff, whose life turned upside down in September 1988, when he woke up on the morning he was supposed to begin his senior year in high school and discovered his father bleeding heavily in his home office.

Mr. Tankleff, then 17, called 911, and by the time the authorities arrived, he discovered that his mother was also dead, bludgeoned and slashed. Mr. Tankleff initially denied involvement in the murders and pointed to one of his father’s business associates. But during a long interrogation, a Suffolk County detective, K. James McCready, told Mr. Tankleff that his father woke from a coma and accused his son of the murder.

90 of murdering his parents, Arlene and Seymour, following a highly publicized and televised trial. He was released from prison in December 2007 after the appellate division of the State Supreme Court vacated the conviction, saying that he probably would not have been convicted if newly uncovered evidence had been presented to the jury in 1990.

The charges were officially dropped the following year. The lawsuit, filed in 2010, represents the state’s share of damages for his wrongful imprisonment. The state agreed to pay $3.4 million. There is still a separate civil rights lawsuit pending in federal court against Suffolk County and Detective McCready.

“I’d like to thank my family and friends who have stood by me for the past 25 years,” Mr. Tankleff, 42, said in a written statement. “I am looking forward to my federal trial, where I hope to expose the misconduct that caused my wrongful conviction so that it does not happen to anyone else.”

The federal lawsuit claims that Detective McCready fed Mr. Tankleff the facts of the case and asked leading questions while taking his confession.

Mr. Tankleff’s case became a crusade for many who believed in his innocence and came to epitomize the problems with false confessions. Barry C. Scheck, a founder of the Innocence Project, is on Mr. Tankleff’s legal team.

Mr. Scheck said in a statement that the team had new forensic evidence showing that Mr. Tankleff’s parents were killed by other assailants

Parents allege drug task-force members did nothing to protect their son after his identity as a confidential informant was compromised; police say Jeremy McLean just wasn’t careful, even though he’d been warned.

The four law-enforcement agencies that make up the Cowlitz-Wahkiakum Narcotics Task Force have agreed to pay the parents of a dead confidential informant $375,000 to settle a lawsuit alleging detectives failed to protect their son after they used him to snare a local heroin dealer.

Jeremy McLean, 26, was a small-time drug dealer and user who agreed to work for the task force in 2006 to avoid drug charges of his own. He was killed Dec. 29, 2008, in a Longview trailer home by William Vance Reagan Jr., a heroin dealer who had been arrested by task-force detectives after McLean — working undercover and wearing a wire — bought drugs from him.

Reagan, who pleaded guilty to the killing in 2009 and was sentenced to life in prison without parole, told a Cowlitz County judge he had an associate lure McLean to the trailer, according to news reports of court proceedings.

When McLean arrived, Reagan — who was out of jail on bond — said he came out of a bathroom with a .22-caliber handgun and shot McLean three times in the head and once in the face.

McLean’s parents, Shelly and Mitchell McLean, filed a lawsuit in U.S. District Court in Tacoma in 2011 alleging that police did nothing to protect their son even though Reagan had told several people that he intended to kill McLean after concluding he was an informant.

It was not a difficult conclusion to reach, the lawsuit alleges, since police had repeatedly used McLean to conduct “buy-bust” operations, exposing him as an informant to an ever-widening circle of drug dealers and users.

Police, in court documents, say detectives warned McLean to keep a low profile and offered to help him leave town, but he refused.

The task force “required Jeremy McLean to work as an undercover informant in increasingly dangerous drug transactions involving high-volume narcotics dealers,” in exchange for a promise not to charge him for selling eight methadone pills to another task-force confidential source, the lawsuit alleges.

“They had no policies about confidential informants,” said Darrell Cochran, the attorney who represented the family. “They knew Jeremy was in danger. They were shooting from the hip.”

He called the settlement “significant,” and said the family was “happy” with the result.
Robert Novasky, an attorney who represented the cities of Kelso and Longview and Cowlitz and Wahkiakum counties, said the settlement concedes no liability.

“But we recognize how difficult this is, and we had no desire to put the family through a trial,” he said.
Court papers say McLean made at least 12 controlled buys, resulting in five arrests. The lawsuit said his “confidential identity was becoming compromised” but that the detectives kept using him anyway.

The lawsuit alleges McLean was provided no training and that his task-force handlers — Detective John Johnston and Sgt. Kevin Tate — downplayed the danger of what he was doing.

McLean purchased drugs from Reagan and his girlfriend in June and July 2008, with Reagan being arrested on Aug. 20, three weeks after McLean had worn a hidden microphone to a drug purchase. Reagan bailed out of jail the following day and, according to the court documents, immediately started talking about killing McLean.

At one point, Reagan even called McLean’s mother and told her that her son had better “watch his back,” the lawsuit alleges. When McLean reportedly told the detectives about it, he was told “not to worry about it.”

The lawsuit was settled shortly after the task force and its members filed a motion to dismiss the claims and invoke immunity for the officers involved. The settlement was finalized last week.

It states that McLean signed an agreement that recognized that being a confidential informant was dangerous and that he would assume those risks and hold the agencies “harmless” from liability.

Johnston said he warned McLean to be “safe and smart” after Reagan began making threats, and urged him to stay away from drug deals. Johnston said McLean agreed and said that he “wasn’t stupid.”
Posted by Unknown at 11:20:00 PM