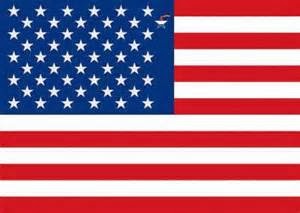 That would not be Puerto Rico.  When Nick Kristof who covers primarily the indignities of third world countries writes of our own you know it is serious.

As you will read the indignities of America and the ever present zeal of our Police to ensure that we are felons of some sort disguised as keeping us safer, the stories below are not ones that are unfamiliar.  I should know.. I do know as it happened to me.

There is no lawsuit, no monies, no apologies that can compensate when you have been violated and raped (yes metaphorically but again the legal definition by the Justice Department is here) by the Police and their accomplices, the Medical professionals, you wonder if it is possible to ever get over that pain.  I have run out of prayers, mantra and cupcakes to assuage that pain.

To the medical staff you are nothing more than evidence and to that you will be billed for that indignity.  They have no dignity as we have also come to see in Texas keeping a dead woman "alive" to be a human incubator for a fetus that is not viable.  Undoubtedly they will bill the family for that as well, as they are only upholding the laws written by legislators who care little about what those laws really mean and what the true affects of those laws are on those enforcing them and those they are enforced upon.

I have a bill too, I used it wipe my ass.   I will use the Constitution the next time it is about as valuable.

This is America, welcome to the newest state - the Police State.

IF you think that protests about overzealous law enforcement are over the top, listen to what unfolded when the police suspected that David Eckert, 54, was hiding drugs in his rectum.

Eckert is a shy junk dealer struggling to get by in Hidalgo County, N.M. He lives a working-class life, drives a 16-year-old pickup and was convicted in 2008 of methamphetamine possession.

Police officers, suspecting he might still be involved in drugs, asked him to step out of his pickup early last year after stopping him for a supposed traffic violation. No drugs or weapons were found on Eckert or in his truck, but a police dog showed interest in the vehicle and an officer wrote that Eckert’s posture was “erect and he kept his legs together.”

That led the police to speculate that he might be hiding drugs internally, so they took him in handcuffs to a nearby hospital emergency room and asked the doctor, Adam Ash, to conduct a forcible search of his rectum. Dr. Ash refused, saying it would be unethical.

“I was pretty sure it was the wrong thing to do,” Dr. Ash told me. “It was not medically indicated.

Eckert, protesting all the while, says he asked to make a phone call but was told that he had no right to do so because he hadn’t actually been arrested. The police then drove Eckert 50 miles to the emergency room of the Gila Regional Medical Center, where doctors took X-rays of Eckert’s abdomen and performed a rectal examination. No drugs were found, so doctors performed a second rectal exam, again unavailing.

Doctors then gave Eckert an enema and forced him to have a bowel movement in the presence of a nurse and policeman, according to a lawsuit that Eckert filed. When no narcotics were found, a second enema was administered. Then a third.

The police left the privacy curtain open, so that Eckert’s searches were public, the lawsuit says.

After hours of fruitless searches, police and doctors arranged another X-ray and finally anesthetized Eckert and performed a colonoscopy.

“Nothing was found inside of Mr. Eckert,” the police report notes. So after he woke up, he was released — after 13 hours, two rectal exams, three enemas, two X-rays and a colonoscopy

The hospital ended up billing Eckert $6,000.

When I came across this case, it seemed far-fetched to me — more like rape than law enforcement. But the authorities, hospital and doctors all refused to comment, and, a few days ago, the city and county settled the lawsuit by paying Eckert $1.6 million.

This wasn’t a unique case. A few months earlier, a man named Timothy Young who lives nearby says that police officers pulled him over, forcibly strip-searched him in a parking lot and then took him to a hospital for a forced X-ray and rectal examination while he was handcuffed. Nothing was found, so he was released — only to receive a hospital bill.

And a few weeks before Eckert’s ordeal, a 54-year-old American woman crossing from Mexico into El Paso was strip-searched and taken to the University Medical Center of El Paso. She says in a lawsuit that, over six hours, she was shackled to an examination table and subjected to rectal and vaginal examinations — with the door open to compound her humiliation. After a final X-ray and CT scan, all of which turned up nothing, she was released — and billed for the procedures.

Joseph P. Kennedy, Eckert’s lawyer, notes that such abuses are not random but are disproportionately directed at those on the bottom rungs of society. “It’s a socioeconomic issue,” he said. “It’s the indignities forced on people who are not articulate, not educated and don’t have access to legal services.

Police are caught in a difficult balancing act, and obviously the abuse of Eckert isn’t representative. But it is emblematic of something much larger in America, a kind of inequality that isn’t economic and that we don’t much talk about.

It’s the kind of inequality that lies behind police stops for “driving while black,” or unequal implementation of stop-and-frisk policies, or “zero tolerance” school discipline codes that lead many low-income children to be suspended.

This inequality has a racial element to it, but it is also about social class (Eckert is white but struggling financially). This is about Americans living in different worlds. If you’re a middle-class reader, you probably see the justice system as protective. If you’re a young man of color, you may see it as threatening.

So as we discuss inequality in America, let’s remember that the divide is measured in more than dollars. It’s also about something as fundamental as our dignity, our humanity and our access to justice; it’s about the right of working stiffs not to endure forced colonoscopies.
Posted by Unknown at 7:42:00 PM