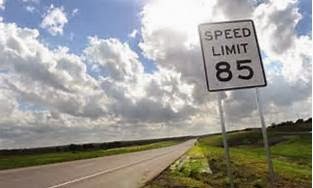 As I no longer own or drive a car I have relied solely on public transportation and the occasional taxi for those days when getting up at 4 am to go to work as it rains or even not. just seems too challenging. Even that service has changed with more flat fee taxis offering better rates and service. And when the time comes I will go toward using the car sharing services that are also providing another alternative to rentals. So why own basically an appliance when the money could be better used?

But as I frequently point out there are trade offs with anything. There is the convenience and the speed and that is pretty much it. As the costs continue to rise to keep, insure, fuel and maintain a vehicle and the ever increasing distractions, risk but add just another issue to your privacy being violated with the "black box" installation in cars, the cameras that film you from a multitude of sources, just having one sense of control of a world where we are under constant surveillance and observation gets to a point of where anonymity is a precious commodity.

And right now here in King County we find ourselves having formed a "transit riders union" to fight the budget cuts that are threatening routes and schedules in time where overall ridership is up. Of course the largest cuts are to the areas most reliant on buses while some areas have double decker buses with outstanding seats and wi fi.  Yet the City itself is funding the construction of bike lanes and new trolley lines designated to accommodate the Amazonians and those "others" who live in work in area that they "coincidentally" serve.  While it offers more choice what it  has further demonstrated that even in this supposed liveable city we have a distinct difference even when it comes to the idea of pubic transport.

Even in San Francisco they are realizing that private buses using public transportation infrastructure without paying for the privilege is now coming to an end. It is of course still debatable and this is the issue that will become another one here in Seattle  as we too have the same problem with our own Tech giants and others (Hospitals/Medical) and their private services and subsidies to their workers that use the same public access facilities without compensation.

And of course there are other "penalties" that are exclusive taxes on types of vehicles that is here in Washington and will undoubtedly grow across the country as more alternative vehicles take hold in our fossil fuel nation.

How do we collectively pay for construction and maintenance of "free" highways and other roads? Fuel taxes. In light of the inability to collect fuel taxes from electric car drivers, the State of Washington has passed a law requiring a yearly $100 fee to own an electric car. The fee goes into effect early in 2013, and has criticism from an electric vehicle advocacy group.

The existing fuel tax system is an extremely fair and anonymous way to collect road maintenance dollars from road users. The amount of fees paid by each individual is directly related to how much they use the road system. The fee is anonymously collected at the gasoline pump, which means the fuel tax can't be used by the government as a sneaky way to track all our movements. The flaw is that because the fee is on the sale of fuel, owners of cars that consume a fuel delivered through an alternative mechanism do not pay any fees for road use. For more information see Nicholas Zart's article at Washington State Taxes Electric Car Drivers For loss of Gasoline Tax

The phrase for "fuel tax" is probably not the best way of describing this fee. Because the purpose of gasoline taxes is to pay for road maintenance, a better phrase would be "road use fee".

The fee in Washington State was included in House Bill 2660, and goes into effect on Feb 1, 2013. Electric vehicle owners must pay the fee at the time of their annual vehicle registration renewal. The $100 fee is in addition to the standard vehicle registration fees owed each year.

So when was discussing the crisis in funding and asking what alternatives there are to simply slashing and burning service, I have been asking my drivers about the options and their opinions. And like always I get a multitude of thoughts and some not so thought.

My favorites are the idiots and yes I know they are bus drivers but honestly you don't have to be an idiot when you drive a bus, collect garbage or wait tables, yet that is what we have become a nation of - idiots - when not in positions of financial largess. And frankly that number of zeros on the payroll check have no monopoly on the smart factor.

But the one thing that we all agree is eliminating our transfer system and ensuring payment on routes, not just having fare checks on the "special" routes. We all agree that would also ensure security overall for both drivers and passengers in a year where drivers and riders are being assaulted and robbed at an increasing rate. And there is the need to debate about fare costs and fees that need to be re-examined with relation to income. There are already Senior and disabled fares and we need to see what that means with regards to the working poor who use the service exclusively.

And of course that means looking at driver licensing and use fees. And on that note that too is coming and frankly as they use the roads it means looking at who uses it and how often and that is now coming. It can't come too soon.

PORTLAND - Washington and Oregon are getting serious about finding a replacement for the gas tax. Steadily improving fuel efficiency in cars is eroding the primary source of road funding in the Northwest. A new report to the 2013 Washington Legislature finds it "feasible" to have drivers pay by the mile instead. In Oregon, lawmakers have actually drafted legislation to do just that.

Suburban Portland SUV owner Mary Olson has possibly glimpsed the future of how we'll pay for roads, although it's tricky to spot.

"There's a plug-in underneath my dash," she says pointing to a small, square transmitter that records Olson's mileage for monthly billing. She is a state transportation commissioner and has volunteered to test a newfangled tracking device.

You can imagine that if some drivers were offered a GPS-enabled device they would not just say no, but maybe "Hell no!" So why did Olson choose this option?

"Because I don't care if people know where I'm driving," she says. "I don't have a problem with that. But more importantly, I drive out of state from time to time. This way, I don't have to think about that because the device automatically tells them that I am not in Oregon, so I am not charged for those miles."

Olson is one of about 100 volunteer participants from Oregon, Washington and Nevada testing pay-per-mile as an alternative to the gas tax. She shows me her December bill from a state transportation contractor.

It turns out, that's just about exactly what gas taxes would've cost her. Road trial participants get a credit for the estimated state gas taxes they pay at the pump.

Oregon Department of Transportation project manager Jim Whitty says the experiment shows how a new approach to pay for roads could work. He argues it's important to get moving on a mileage-based road tax because average fuel economy keeps improving, not to mention those electric cars which generate no gas tax at all.

"As more and more people move into that segment, into the high fuel efficiency vehicles, essentially our financial system for the roads collapses."

Whitty says Oregon's real-world experiments have also demonstrated that drivers want choices for how their mileage is tracked. They want the option to pay a flat rate too. Consultants hired by Washington's Department of Transportation came to the same conclusions.

"If you give people one way to do things, it might be satisfactory to some people," Whitty says. "But most people will say, I wish they had done it a different way. Especially if that choice was GPS. They say, 'Aha, the government is getting my coordinates.' You want to avoid that because we don't want their coordinates. We have no reason to have them. All we want is the taxes from their driving."

Once the Oregon Legislature gets down to business this winter, lawmakers will consider whether to implement pay-by-the-mile starting two years from now. The proposed legislation says metered road use would apply only to new cars that average 55 miles per gallon or better.

In Washington state, lawmakers will need more convincing to go down this road says state Senator Ann Rivers, a Republican from Clark County.

"I think that this idea is so new, it's going to take quite a bit of time to get the public comfortable with it."

As Rivers puts it, having "Big Brother" ride along in your car is big issue to overcome. She also predicts her constituents will perceive the mileage tax to be additive rather than a replacement for an existing tax. Finally, Rivers mentions one more speed bump ... both Oregon and Washington have supermajority requirements to pass new taxes through their respective legislatures.

In Salem, the Oregon House Revenue Committee will be the first legislative panel to consider pay-by-the-mile this winter. Committee chairman, Rep. Phil Barnhart, acknowledges a need "to come up with another way" to pay for road maintenance and construction. But the veteran Democrat is noncommittal about requiring high-MPG car owners to pay a mileage-based road use charge.

"What the legislature is going to do with the proposal this time, I do not know. We have yet to study the proposal in detail," said Barnhart.

Now the issue of private roads and toll roads are not new and in California and other cities they use the EZ pass system to expedite some of the traffic issues and ostensibly build new highway infrastructure.  But often they are built to accommodate the residents of the area.  The first one I ever encountered was in Orange County but they are elsewhere with even a Wikipedia page dedicated to them.

And there is an ever increasing debate over the private road system and that they are going to have to pay now for services they haven't to maintain and keep what only they use.  I have no problem with that either.

We have to re-evaluate how we commute, how we drive, and more importantly maintain and keep the infrastructure in place for EVERYONE to use.  There can be no privacy in what is a public reality.