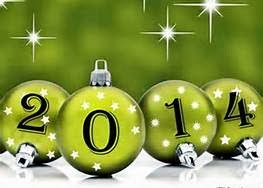 The war on poverty is lost, the poor lost and the gilded age won. As we enter the new year there are many interesting changes on the horizon - pros and cons - that would say the times and tides are changing, rising or drowning.

Looking at the Cons:
Unemployment Benefits for Millions are now over
Health Care is Mandated for All
Type of Jobs Changing
Housing Prices are Rising

Health care is Mandated for All
The Fed is doing stuff (unclear of kind of stuff but hey)
Housing prices rise, rents drop (okay maybe kinda not really)
Cities and States are reviewing minimum wages


The article from yesterday's New York Times discusses the War on Poverty. The article is here. But some highlights are as follows:

Fifty years later, much has changed, but much remains the same — the national poverty rate still hovers around 15 percent.

But high rates of poverty — measured by both the official government yardstick and the alternatives that many economists prefer — have remained a remarkably persistent feature of American society. About four in 10 black children live in poverty; for Hispanic children, that figure is about three in 10.

According to one recent study, as of mid-2011, in any given month, 1.7 million households were living on cash income of less than $2 a person a day, with the prevalence of the kind of deep poverty commonly associated with developing nations increasing since the mid-1990sThe more important driver of the still-high poverty rate, researchers said, is the poor state of the labor market for low-wage workers and spiraling inequality. Over the last 30 years, growth has generally failed to translate into income gains for workers — even as the American labor force has become better educated and more skilled. About 40 percent of low-wage workers have attended or completed college, and 80 percent have completed high school.

And there is this article today discussing the change in work. A pro or a con?


I predict that average weekly work hours will decline again over the next year because fiscal policy is now switching from penalizing part-time work to rewarding it.

Full-time work has traditionally offered health and other benefits that part-time jobs rarely do, and those benefits have kept a number of workers in full-time positions. The Affordable Care Act aims to end that advantage, by giving workers opportunities to obtain insurance outside the workplace.

In addition, in some cases the new insurance opportunities can be so inexpensive compared with employer insurance that people stand to, paradoxically, have more disposable income from working part time than they do from working full time.

The third economic force is that in January 2015 the Affordable Care Act begins to penalize employers that do not offer affordable health insurance, except that part-time employees (working less than 30 hours or four days a week) are exempt for the purposes of determining the penalty. This is another reason that part-time work – especially positions with 29-hour weekly work schedules – would increase at the expense of full-time work, at least if the mandate goes ahead as planned.

All together, it looks like many of the jobs in the new year will involve less work.
Posted by Unknown at 2:54:00 PM