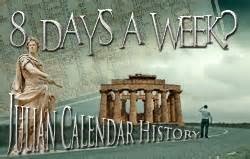 In the zeal to demonstrate humanitarianism and encourage this concept called "work/life balance" Wall Street is now requesting, demanding or encouraging associates to take two days of every week off or 4 per month.  Those used to be called weekends and the idea that the work week ran Monday thru Friday.

Well as Unions began to be seen as enemy number one to private industry and the zeal for money overtook common sense and rational thought unions then become Unicorns.

If there is anything you do note that somehow "value" and that can be both personal and professional is determined by the extraneous.  Word hard play hard.  And a culture that advocates and encourages those aspects means it all comes at a cost.

Call it bonding, call it building relationships or call it bullshit there comes a point where if your entire identity and life is caught up in work and those with whom you work you have no sense of community, you don't even recognize or know who your customers are let alone the purpose and intent of your business and in turn the community in which said customers also live and work.

As I watch the current SEC insider trading case of Matthew "Martoma" or whatever is legal and/or birth name is, let alone what school he may or may not have graduated from, maybe my personal favorite, Harvard, makes one wonder if this group has any concept of boundaries.

But hey I am all for those working for a living and doing so in ways they need to do so. But when you see/read the Wolf on Wall Street or read the Buy Side by Turney Duff or any other biography or book on the industry of banking and finance, the first thing that comes to mind is fraternity and the behavior that accompanies that type of behavior.  If one wonders about fraternities and their history there is this thing called Google, it makes historians seem superfluous.

What is next?  The Silicon Alley actually appropriately vetting and valuating their idiotic investments?  Well let's take it one street, alley or road at a time.

Wall St. Shock: Take a Day Off, Even a Sunday

For the ambitious college graduates who flock to Wall Street, working into the wee hours or even pulling all-nighters is an unwritten expectation of the job. Spending both Saturdays and Sundays at the office is the norm.

But on Friday, Bank of America Merrill Lynch issued a small reprieve for those with grueling schedules: Take four days off a month, on the weekends.

Such an offer from an employer would sound like punishment for the average worker. But for junior employees of Bank of America Merrill Lynch, that recommendation was intended as a bit of relief.
Merrill Lynch, the investment bank unit, said in an internal memo on Friday that its analysts and associates — the two lowest-ranking employee levels — should try to spend four weekend days away from the office each month, part of a broader effort to improve working conditions.

“We are committed to making the work experience better for junior bankers and believe these enhancements will help ensure they have the resources and support needed to succeed,” Christian Meissner, the head of global corporate and investment banking at the bank, said in the memo, which was reviewed by The New York Times. A spokesman confirmed the memo’s contents.

The effort, coming after a review of several months, is the latest sign that Wall Street banks are taking a critical look at the hard-charging culture of these jobs, which are often seen as steppingstones to higher-ranking positions with better salaries (and, eventually, weekends off).

Last year, Goldman Sachs created a “junior banker task force,” composed of senior employees from different units, which recommended that analysts should be able to take weekends off whenever possible.

JPMorgan Chase plans this year to increase its staff of junior bankers 10 percent to help spread out the workload, according to a person briefed on the matter who spoke on condition of anonymity. The bank also plans to ensure that its young employees have one “protected weekend” set aside for rest each month.

For Bank of America, the issue sharpened after a 21-year-old intern died last summer in the company’s London office. Unconfirmed reports on social network forums suggested that the intern, Moritz Erhardt, had worked through three consecutive nights as part of the internship. Though his death was ultimately determined to have been caused by epilepsy, it nevertheless opened a discussion on Wall Street and in the news media about the grueling work hours expected of junior employees.

Bank of America’s review, which included hundreds of interviews with employees at all levels, led to a number of changes that are to start this quarter, the memo said. While the bank does not encourage weekend work, the memo said, “we recommend that analysts and associates take a minimum of four weekend days off per month.”

Exceptions to that guideline must be approved by a senior manager, according to the memo, which added that analysts and associates were required to use their allocated vacation time.

The changes come at a time when banks across Wall Street are trying to remain attractive employers for the country’s brightest young minds. Though the prospect of a large salary and experience in finance still draws many college graduates to the industry, some ambitious students are considering other career paths, including those in the technology industry, famous for its employee perks like free oil changes or staff masseuses.

“It’s a generational shift,” said Russell W. Ladson Jr., 24, a former analyst at Bank of America Merrill Lynch. “Does it really make sense for me to do something I really don’t love and don’t really care about, working 90 hours a week? It really doesn’t make sense. Banks are starting to realize that.”

Mr. Ladson, a graduate of Morehouse College who worked in the public finance group of the sales and trading section of Merrill Lynch, which would not be covered by the new rules, said he took the job in 2011 “because I wanted to make some quick money.” His starting salary was $70,000.

But he soon discovered a lack of passion for the work, made worse by the long hours. He would arrive at the office around 8:15 a.m., often staying until 1 the next morning, he said.

Another former analyst at Bank of America Merrill Lynch, Alex J. Cook, said that on a bad night, he “wouldn’t go home at all.” Mr. Cook, a 27-year-old graduate of Dartmouth, now works at Ralph Lauren in a strategy and operations role.

Mr. Ladson, after a stint at another financial firm, is now working at a technology start-up firm he helped found — which he views as more in line with his passions. The start-up, Drop, is developing an app to make reservations, to order and to pay at restaurants.

Many young workers are similarly looking for personal fulfillment in their jobs, said Adam Zoia, the chief executive of Glocap, an executive search firm focused on the investment management industry.

“It used to be the case that financial services were such attractive jobs that they were magnets for young talent,” said Mr. Zoia, who was once a junior employee at the investment bank Donaldson, Lufkin & Jenrette. “They didn’t have to worry as much about what the actual work experience was like.”

Bank of America said it intended to “make certain that junior bankers work on a wide variety of different assignments, where possible, and ensure that the development of core skills is an important factor in making staffing assignments.”

Changes in “technology, graphics and production and printing services” could also enhance efficiency and work-life balance, and the bank is reviewing these areas as well, the memo said.

But while some analysts complain about long hours, others say they enjoy the intensity of their work and the camaraderie that it can foster.

Mr. Cook, the former analyst at Bank of America, said he spent Super Bowl Sundays at the office in 2010 and 2011. His group took breaks to try to watch as much of the game as they could, he said.
“We would always order a bunch of Super Bowl food,” he said. “It was one of those classic investment banking bonding experiences.”
Posted by Unknown at 3:40:00 PM