The "Un" in Charity and Care 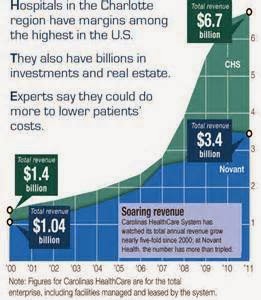 As I have long been questioning the tax deductions for charities and other non-profits for ostensibly political work and little else, none fit the bill more questionably than Hospitals, be they profit or non.

And once again the facts vs the numbers speaks for themselves.  The article below discusses the fraud and once again deception by Hospitals with regards to their charity care.

As I have found that the widening requirements and qualifications vary per hospital.  My personal favorite here is the UW Medicine Chain, a teaching one.  To get charity care in a UW Hospital there is a very simple procedure and requirement but to the public hospital they manage and operate, my beloved dump truck -  Harborview Medical Center,  theirs is an entirely different set of restrictions before you can be determined as in need; they request bank statements for the past 3 months, tax returns, payroll stubs, mortgage/rent verification and well in my case a blood sample.. maybe that is where the missing blood went when the Police commandeered it.

Yes in America your blood can be taken without your consent or knowledge and up until recently without a warrant.  Civil rights they are for the rich, as are tax deductions for charity or as I call them "entitlements". When you are poor you don't itemize nor actually earn enough to donate enough so its not a problem. Good thing as Accountants cost money, although that too is deductible.  Hmm...rob Peter to pay Paul.

And the irony is that the UW Medical complex is the largest recipient of the Affordable Care Act with over 80% of the Insurance policies exclusively covering providers only there. Only two do not and one is an HMO with its own chain.  The only policy that does cover all the hospitals is the State run one.   So this is another irony on top of irony, the State that runs the University of Washington is not requiring insureds to only go to the State run facility but offering options, yet the for profit ones are only offering a Public facility.  Wow shitty care that you could have paid less for now pay more for but at least its a "choice".

Medical care in America the one area that bankrupts over 40% of Americans and places others into a lifetime of debts and all for profit. 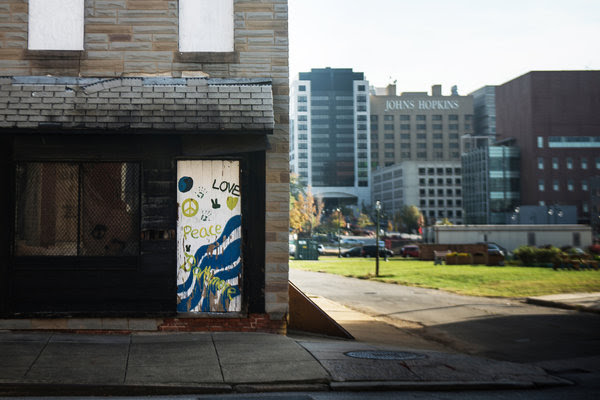 Gabriella Demczuk/The New York Times
A view of Johns Hopkins Hospital in Baltimore. On its 2011 tax form, it said it spent about 11 percent of revenues on charity care and community benefit.

The billions of dollars in tax breaks granted to the nation’s nonprofit hospitals are being challenged by regulators and politicians as cities still reeling from the recession watch cash-rich medical centers expand.

Hospitals, among the largest landowners in many communities, are often designated as nonprofits, allowing them to benefit from state and federal tax breaks for providing “charity care and community benefit.” The exemptions collectively amount to more than $12 billion annually, health economists say.

Now, provisions of the Affordable Care Act, along with Internal Revenue Service reporting requirements imposed in recent years, are revealing how much medical centers give back to their communities. And many health experts have found them wanting.

“You should get close to the value of tax exemption in community benefit,” said Paula Song, professor of health services organization at Ohio State University. “I think you’ll find most hospitals aren’t providing that.”

A study this year in The New England Journal of Medicine found that hospitals spent an average of 7.5 percent of their operating costs on charity care and community benefit, based on filings the I.R.S. has required only since 2009. Some spent under 1 percent and others about 20 percent.

What’s more, the I.R.S. allows hospitals to use broad definitions of community service, including the value of traditional charity — care dispensed free or at a discount to those who cannot pay — and the money hospitals calculate they lose because Medicaid reimburses them less than their costs. Hospitals can also take credit for hosting health fairs, operating some research labs and “donating” their executives’ time to serve on local community boards.

“Nonprofit hospitals may have been founded on the basis of community need but that doesn’t mean they’re not very profitable,” said Gary Young, an author of the New England Journal of Medicine article and a professor at Northeastern University. “Towns are hurting and they see this affluent institution in their midst on lots of land and say, ‘Hey, cough up some money. ”

Melinda Hatton, general counsel of the American Hospital Association, said that all hospitals have a financial-assistance program for the poor, and that they provide services like training new physicians and treating Medicaid patients who have no other doctors. “Tax-exempt hospitals devote the money they would pay in tax to the health of the community,” she said. “I hope cities don’t undervalue that.”

The federal government has not specified the amount of benefit a hospital should provide to be exempt from federal taxes, though their status will now be subject to review every three years under the new health care law. But states and cities are already poised to make demands, said John D. Colombo, a professor of tax law at the University of Illinois Urbana-Champaign.

In a case that is being closely watched, Pittsburgh this year filed suit challenging the University of Pittsburgh Medical Center’s tax-exempt status, saying that the medical center should pay some payroll taxes and more property taxes, estimated to total about $20 million annually.

“Its commitment to charity is dwarfed by its preoccupation with profits,” E. J. Strassburger, the city’s lead lawyer on the case, wrote in a letter to the city solicitor. He said that the hospital failed most, if not all, of Pennsylvania’s criteria for a tax-exempt charity, and that its annual report described it as a “$10 billion global health enterprise,” with excess operating revenue of nearly $1 billion and reserves of more than $3 billion. The institution paid 20 executives more than $1 million annually, he said. Despite a charity policy, the hospital made little effort to take care of poor people except in emergencies, he asserted, spending only about 2 percent of its net patient revenues on charity care.

The hospital does not dispute that figure but says it is being misconstrued. It acknowledges spending about $87 million — about 2 percent — in donated care for patients who qualify for financial assistance. But it says that it effectively donates about another $150 million when accounting for Medicaid shortfalls and patients who did not pay bills, and that it contributes to the city in other ways, like financing college scholarships for public school students. The medical center — which has countersued — says that the city is abusing tax laws in singling it out since it is following rules for nonprofits.

But many experts argue that most hospitals today do not deserve their tax-exempt status.

“The standard nonprofit hospital doesn’t act like a charity any more than Microsoft does — they also give some stuff away for free,” Professor Colombo said. “Hospitals’ primary purpose is to deliver high quality health care for a fee, and they’re good at that. But don’t try to tell me that’s charity. They price like a business. They make acquisitions like a business. They are businesses.”
The exact value of tax benefits is difficult to estimate for any particular hospital, but the benefits include exemptions from federal and state taxes, local property taxes and sales taxes, said Simone Singh, a professor of health management at the University of Michigan.

Under current practices, they say, hospitals can overstate the value of the charity care they provide by subtracting the fees they collect from their estimated costs, which are highly subjective. If a hospital forgives a $3,000 bill for three stitches for a poor patient, how much of that should be counted as charity if the charges are greatly inflated?

Some patients who are hard pressed to pay today’s high charges found that hospitals can be aggressive in bill collection. When David DiCola, 61, went to Roger Williams Medical Center in Providence, R.I., for treatment of a finger infection, the bill was about $1,500. Uninsured, he offered the hospital $500; it refused his offer and sent it to a collection agency, he said.

After Oliver Nisch, 49, of San Francisco, was hit by a car that ran a red light last year, he spent about 12 hours in the emergency room at San Francisco General Hospital. When the driver’s insurance took a long time to pay, the hospital began billing him for $37,000, an amount he said he could not pay; his health insurance policy has a deductible of $10,000. The hospital, he said, sent him a reduced bill of $26,000 and “went after me like crazy.”

The New England Journal of Medicine study found that religious hospitals provided no more benefit to their communities than nonreligious ones, but that major teaching hospitals provided “somewhat more” — though that tended to come in the form of hard-to-quantify services, rather than direct patient care.

For example, on its 2011 tax form, Johns Hopkins Hospital said it spent about 11 percent of revenues on charity care and community benefit, but only about 2 percent was on free or discounted treatment. More than half was spent on educating health care professionals; it did not take any credit for treating Medicaid patients or research.

By contrast, the Cleveland Clinic said that nearly 14 percent of its revenue was spent on activities that would qualify. But two-thirds of that was for professional education and research, and it did claim credit for its so-called Medicaid shortfall.

“There are many gray areas,” Dr. Young said. “Is there manipulation? Absolutely.”