Run Long for the Short of It 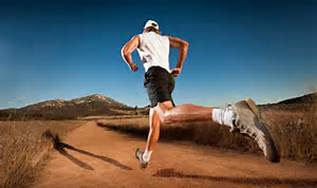 I think that might be some type of sports metaphor or close enough but when it comes to education we are running in all directions.

We have the push for STEM education, science technology engineering and math, the idea that this is an all encompassing curriculum that will turn all students into graduates into fields that they will find long term work and income. And we have the struggle to attract women into the field which lends to the further isolation and male hierarchy that dominates a profession, hey but GM finally put a chick behind the wheel.

And then we have the idea that education online will solve that dilemma twofold - by offering degrees at affordable rates. And then we have this little caveat today that online colleges are really holding or producing many students let alone graduates.

Then we have the idea that just having a degree is the magic key to suddenly long term wages and growth and occupation. And we have degreed people with six figure debt making our coffees, which will soon be replaced by robots.

Below is a breakdown of how college pays or not. The facts speak for themselves. Numbers don't lie they do when they are manipulated in ways that make it so. Hard to know. There is no one answer, no one solution but there is however a need for some type of measurement and control so those who need to know can do so in a manner that allows them full knowledge and acknowledgement that the road well or even less traveled is one done with a GPS.

.The gap between the median earnings of high school graduates and those with a bachelor’s degree or higher – the red versus the purple lines in the graphs here – remains wide. The difference, over a lifetime, is more than enough to justify the expense of attaining a bachelor’s degree.

Here’s the bad news: Adjusted for inflation, median earnings for young men with a bachelor’s degree or higher in 2011 were significantly lower than they were in 1971. Young women have slightly improved their position (by $630) since 1971. But as a comparison between the two graphs shows, their median is still lower than that of male high school graduates in 1971.

The College Board report that provides the basis for the charts above shows that the trend in real earnings of young college graduates is worse if restricted to those with a bachelor’s degree alone, but the historical time series for that category doesn’t go back as far.

Since 2000, the real average earnings of college graduates ages 25 to 34 with a bachelor’s degree alone have declined by about 15 percent. Does anyone seriously believe that college graduates today are less skilled or less productive than they were in 1971? Most of them are handy with hardware and software (not to mention “cloudware”) that didn’t even exist back then.

A large percentage of them are majoring in business in hopes of finding a job. Today, they are often instructed to head for majors in science, technology, engineering and math (the STEM disciplines), where they will almost certainly fare better than other graduates. But they still have a hard time finding jobs in their field of study.

Mal-employment – a more descriptive term than “underemployment,” which also includes involuntary part-time work – is growing, with more than a third of recent college graduates in jobs that don’t require a college degree.

Many college graduates are simply displacing less-educated workers from the jobs they once held, scrambling up the attic stairs to the roof of a bungalow whose first floor, inhabited by mere high school graduates, is now largely underwater.

The good news is that the stairs are still in place, and educators and policy makers should be urging young people toward them. But the finish-your-degree exhortations of reports like the College Board’s “Education Pays” and a Georgetown University report, “The Undereducated American,” should be tempered by the warning that college-educated workers in the United States are now subject to a combination of global market forces and public policies that are reducing their economic prospects.

Much recent debate over the causes of economic inequality has focused on the extent to which technological change (robots in particular) can take the blame. But whatever the causes, the political consequences of a continuing decline in the real average wages of young college-educated workers will be momentous.

It will undermine faith that a market economy always rewards effort, intelligence and skill, increasing awareness that most working people, not just those who didn’t go to college, are vulnerable to impersonal forces of supply and demand.

It might also increase appreciation of public policies that value both students and workers as something more than short-run inputs into a global market machine.
Posted by Unknown at 3:01:00 PM