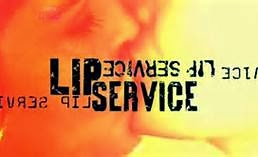 I read the article below yesterday and after I stopped eye rolling and laughing I took a moment to actually think about this. And that perhaps distressed me more, that I actually spent maybe 5 whole minutes of my day contemplating a compensation package a prestigious if not famous law firm.

What I presume from reading the comments is that Mr. Boies is showing his egalitarian nature by bestowing significant bonuses on those who are often resigned to the grunt work of law and not just providing the senior Partners with largess and in turn being damned to the margins of profit. I don't know, I don't care.

I started reading the book about the current lawyer glut and frankly turned it back to the library. Right now I have had more than my glut of share of Attorney's. Finding myself increasingly in debt to the verge of bankruptcy one becomes immune to the plight of the Lawyer and his or her inability to meet their debts. Quid pro quo as they say in the legal field.

As I have written and in fact Mr. Boies notes in the article we are increasingly becoming a nation of have and nots as in at all when it comes to access and affordability to legal representation. My favorite thing is to post inane questions on varying "ask a Lawyer" sites and have them almost always respond with "you need to get legal representation immediately to answer your question." And my response is "thanks if I actually could afford to do so wouldn't I have already and isn't that what this is for?" Never ask a Lawyer a question you will never get an answer with an answer. Trust me on that I am becoming an expert on that one. And odd I actually like my Attorneys their legal knowledge and experience is unparalleled but it comes as immense costs - not just financial.

I reprint the reprimand and scold below. That is what it really is, nothing else. Yes Mr. Boies may fight the good fight on many issues but unless he puts his briefs and his Attorney's where is mouth is, I really don't give a flying... well you know the rest.


The law firm co-founded by the well-known litigator David Boies is again breaking away from the pack when it comes to showering big year-end bonuses on young lawyers.

The Boies, Schiller & Flexner law firm is paying bonuses of as much as $300,000 to some of its associates, with the average young lawyer taking home an additional $85,000, a firm spokeswoman, Dawn Schneider, confirmed late Tuesday. Last year, the maximum bonus handed out to some of the young lawyers at the firm, which specializes in trial and appellate litigation, was $250,000.

Other major law firms are giving much smaller bonuses to their young lawyers, with payments topping out around $60,000. Cravath, Swaine & Moore, often a trendsetter in compensation for major law firms, recently gave associates bonuses of $10,000 to $60,000, according to several reports. . Skadden, Arps, Slate, Meagher & Flom paid $60,000 bonuses to associates who had been with the firm since 2005 or longer, and $2,500 to those who joined in the last few months.

Article ToolsFacebookSaveTwitterEmailGoogle+PrintSharePermalink.The big law firms that focus on corporate and securities work, including advising on mergers, litigation and restructurings, traditionally have moved in lock step on associate pay and bonuses. Bonus amounts at most big law firms are determined largely by seniority. But Boies Schiller, with its more litigation-focused business, has sought to distinguish itself by rewarding associates for the amount of time they put in on significant cases.

Boies Schiller, with offices in New York, Washington, Miami, Las Vegas and nine other cities, is awarding bonuses to its 133 associates a few days before the firm’s annual winter retreat this weekend in Key Biscayne, Fla. The average associate makes a base salary of $220,000.

Next year over all, the average starting salary for lawyers at firms is expected to rise 3.1 percent, according to the legal arm of the professional staffing firm Robert Half. Mr. Boies — who founded the firm with Jonathan D. Schiller in 1997 after leaving Cravath, where he was a partner and had worked some 30 years — said in an interview that the rich bonuses were intended to make associates feel that they were an integral part of the 241-lawyer firm. He said the culture of many big law firms was to bestow most of the riches on the partners and treat “associates as just visiting” and moving on after a few years.

“To be candid, a majority of firms are run for the partners and not the associates,” Mr. Boies said. “And in the near term, there’s probably not much incentive for them to change their business models.”

Mr. Boies said the legal profession needed to find a way to better spread legal resources to improve representation of the interests of individuals and groups who lack the money and power to argue for themselves. Mr. Boies said the United States was “overlawyered” when it came to the rich and powerful, but “under-lawyered when it comes to people who don’t have resources.”

“I think one way the legal profession has got to adapt,” he said, “is to serve not just the people who it has largely served excessively, but develop a business model for people who are underserved.”