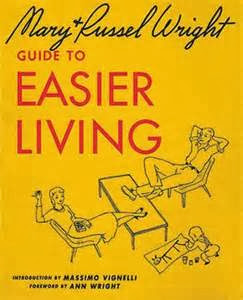 The issue around the minimum wage is one fraught with debate, the debate over giving people a decent wage in order to make a living one or the concept that corporacracy will have to shut down, go to robots or machines to replace the people that do the jobs that pay minimum wage.

I am unsure why they have not done so sooner since that was or is the option. Why not, what are you going to lose? People?

I look forward to the Android barista or the Drone delivering my books over the the nice gal who normally makes my coffee and chats with me on a personal level or the UPS drivers last night who I so jokingly call at this time of year, my Santa in a brown suit. It will eliminate that need for such small talk and politeness.

The below article once again discusses the debate and it brings up the Voodoo Prince Reagan as the sacrosanct holder of all things Rand. The 80s they were a high time as in high on cocaine and bad fashion. And it began the mark of the slide up and the one down.

The irony as always in any debate is that immediately adjacent to my beloved Eduardo Porter was this gem - Senate Study Finds Federal Contracts Given to Flagrant Violators of Labor Laws. There they note: A new congressional report criticizes the federal government for awarding tens of billions of dollars in contracts to companies even though they were found to have violated safety and wage laws and paid millions in penalties Shame, think of the wages that could of generated and the lives improved as a result but what about the shareholders! says some fake hedge fund activist! I would say shocking I know but at this point my hair would like like Elsa Lancaster in the Bride of Frankenstein.

The minimum wage issue took hold in 1967, when LBJ declared his War on Poverty, right about the same time he unofficially declared war in Vietnam. They both have turned out well, we lost.

The story of poverty in America is once again best told by the story of Dasani. Today marked the 3rd installment in her tale of woe and begone. It's subtitle - the Invisible Child. Isn't that what we really want of the poor? To be gone/invisible?

Senator Ted Kennedy once called the minimum wage “one of the best” tools for fighting poverty.

But the fact is, the minimum wage’s anti-poverty powers have been declining steadily for decades. In the late 1960s, a full-time job at minimum wage could almost lift a family of four above the poverty line. By the late ‘80s, it left them 40 percent below it. That is about where things stand today.

Perhaps it is no wonder, then, that the minimum wage is in the spotlight. Low-paid workers across the nation are pressing for a raise. Fast-food workers in particular — many of whom earn little more than the $7.25 an hour federal minimum — are pushing for $15. Senate Democrats want to raise the minimum to $10.10 over three years.

At the center of the debate is economic inequality, which has reached levels not seen since the Gilded Age. Poverty is at a two-decade high. The share of poor working-age Americans is the highest since at least 1967, according to a new study by researchers at Columbia University.

This sobering reality raises two questions. First, can the minimum wage be raised significantly without prompting employers to dump workers, close franchises and replace cashiers with computers? Second, could the minimum wage play a significant role in mitigating poverty and, perhaps, slowing the widening gap in American incomes?

Neither has an easy answer. Perhaps the most compelling argument for raising the minimum wage is simply this: It is worth a try. It might not be the most effective tool to raise the incomes of the working poor. But given the erosion of collective bargaining and the absence of other labor market regulations, it is one of the few we have.

Economists disagree about whether raising the wage will cost some workers their jobs. A poll this year found top economists about evenly divided on whether a $9 minimum would make it noticeably harder for low-skilled workers to find a job.

And some question whether a higher minimum would really help the poor over all, since some workers would keep their jobs while others would lose them.

“It’s kind of a wash,” said David Neumark of the University of California, Irvine. “The hit to losers wipes out the gains for winners.” He said the earned-income tax credit has proved much more effective at relieving poverty among families and, especially, children.

Back in the ‘80s, President Ronald Reagan’s top economists argued that the minimum wage was a job killer. In 2001, Alan Greenspan, who had been appointed Federal Reserve chairman by Mr. Reagan, told a congressional hearing: “I’m not in favor of cutting anybody’s earnings or preventing them from rising, but I am against them losing their jobs because of artificial government intervention, which is essentially what the minimum wage is.”

In an interview more than 10 years ago with Rick Wartzman, my former colleague at The Wall Street Journal who now runs the Drucker Institute at Claremont Graduate University, Murray Weidenbaum, the chairman of Mr. Reagan’s first Council of Economic Advisers, said of the minimum wage: “If we would have had our druthers, we would have eliminated it.”

The Reagan administration didn’t abolish it. The political cost would have been too high. Instead, it let inflation turn it, in Mr. Weidenbaum’s words, into “an effective dead letter.”

By the time the Reagan years were over, the minimum wage was worth less than two-thirds of its peak value. Nonetheless, the real poverty rate — after taking into account other government transfers to the poor — was lower than it had been during the minimum wage’s heyday in 1968.

For all the resistance, there is a compelling case that the minimum wage should probably rise — and not because that would sharply reduce poverty. It is because the United States has little else to support the working poor.

The drawbacks are probably not as dire as critics have charged. Recent research, based on the experience of 11 states that have imposed their own, higher rates, suggests that a modest increase to the minimum wage has little or no adverse impact on employment.

The minimum wage can complement the earned-income tax credit, which can depress wages because it creates new incentives to work, increasing the supply of workers who will accept a low wage. And it reaches parts of the population that the tax credit does not touch, like many poor men and women without children — who would welcome a chance to work their way out of poverty.

New research suggests that the minimum wage may in fact slightly reduce poverty. Arindrajit Dube of the University of Massachusetts, Amherst, estimates that a 10 percent increase in the minimum wage would reduce the poverty rate by about 2 percent and increase the income of people near poverty by about 2 to 3 percent.

It might even slow the widening income gap. Some scholars have concluded that while the decline of the minimum wage was probably not the main cause of growing inequality since the 1980s, it did play a role in widening parts of the income gap.

These effects are, admittedly, not enormous. But they are gains. And they are more than the labor market has been able to deliver.

Notably, arguments that more education will — on its own — improve the lot of workers at the bottom are belied by the fact that low-wage workers today are more educated than they have ever been.

The United States might not even need a minimum wage if it had some of the institutions that other advanced nations use to put a floor on workers’ living standards. But it doesn’t.

At the end of the day, it is true that the United States and its flexible labor markets produce more fast-food employment than those of other rich nations.

McDonald’s has one restaurant for every 22,000 Americans yet only one for every 42,000 Swedes. Americans’ unbridled love of burgers and fries, of course, plays an important role. But another reason is pay: Swedish burger flippers earn more than their American counterparts. That means the prices of burgers are more affordable to the average American than to the average Swede.

“The smallness of the share of the low-skill, labor-intensive private service sector in many European countries relative to that in the United States is at least to some extent due to their higher price of low-skilled labor,” wrote the economists Robert Lipsey from the National Bureau of Economic Research, now deceased, and Birgitta Swedenborg of the Center for Business and Policy Studies in Stockholm, in a study a few years ago about the price disparities. “Their high prices inhibit not only the consumption of these services, but also their production and their employment of low-skill workers.”

Keep two facts in mind. First, millions of fast-food jobs are not indispensable for prosperity. Sweden may have fewer McDonald’s outlets than the United States, but almost twice the share of Americans live in poverty.

And second, the floor can be raised without a minimum wage. Sweden, in fact, doesn’t have one. But it does have other tools — like a 70 percent unionization rate. In the United States, the union membership rate is the private sector is about 7 percent.