Give Til It Hurts 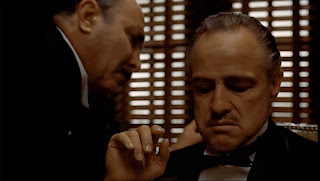 This is the season for the pitch, not as in baseball, but in charity. The ubiquitous bell ringers, the boxes for dropping food, clothing and toys for the tots adorn and decorate almost all public spaces. The push and pull to give is all around and it is the season.

But as I have written in the past, little money goes to those in need. Often there are duplicate to triplicate foundations and organizations that focus on the same group or need, many farm out the obligations and responsibility of distributing money to middle men/organizations that take their cut of their share of that pie and then there are those you have no idea where and whom the money is going.

Below is an outstanding editorial that describes the truth behind the give and take. It seems to be a lot of take and less give. Note the "quote/unquote" non-profit hospitals that seem to be anything but not for profit. Or the wealthy entrepreneur who has a duly named foundation that has no disclosure to share what they give and to whom or the other donations taken and received and in turn not shared but among those whose needs seemed defined by the tax bracket in which they sit.

If you want to give someone in need a helping hand, find a family through a school, a church or from your neighborhood and offer them a helping hand. It can come in many ways,shapes and forms.

It is an offer you really can't refuse frankly.


How the Government Gives

NEWTON, Mass. — THIS is the season of giving, the time when Americans from all income levels make donations to support food pantries, health centers, art and educational institutions, and other organizations that are so important for our civic society. Many donors work hard to stretch their charitable dollars to provide the maximum benefit for those in need.
If only the federal government were as thoughtful.

These charitable donations are estimated to cost the federal government almost $40 billion this year alone and over half a trillion dollars in the next 10 years. What is the public getting for this investment of resources? Sadly, not enough.

The federal government too often provides the deduction for donations that offer little or no benefit. Consider three examples:

Finally, too many charitable dollars are not available to serve the community because they are sitting in investment accounts. Private foundations and so-called donor-advised funds don’t do any charitable work themselves; they only qualify for the charitable deduction because they promise to provide dollars to other charitable organizations that do.

The problem is that Congress imposes no time frame for this commitment. Money can languish in these entities for decades or even centuries. Donor-advised funds have no payout obligation, and private foundations, which are technically required to distribute at least 5 percent of their asset value each year, can meet that requirement simply by making distributions to donor-advised funds. (In 2011 alone, private foundations “donated” well over $90 million to donor-advised funds — money that otherwise could have served real charitable needs.) In the meantime, Congress loses billions of dollars, while these warehouses of wealth pay out fees for the banks and investment houses that manage them.

There is an easy legislative fix for each of these problems. Nonprofit hospitals could be required to provide charity care (an idea floated by Senator Charles E. Grassley, Republican of Iowa, and enacted by a few states). Golf courses could be made ineligible for the conservation easement deduction, as President Obama proposed in his latest budget. Most important, Congress could impose a seven-year payout obligation for donor-advised funds and forbid foundations to meet their payout requirements by giving to donor-advised funds.

Of course, any solution — large or small — will require Congress to pay attention to the problem. This will be no mean feat. Too often when Congress considers legislation limiting the charitable deduction, the conversation is overly simplistic — pretending that all charitable giving is supporting local soup kitchens. The lobbying arm for the charitable sector has not helped the situation. While it purports to represent both donors and charities, it has focused its efforts on preserving the maximum charitable deduction for donors, while paying scant attention to closing the loopholes that divert resources away from true charities.

We all know that Congress needs to get our financial house in order. Curbing wasteful charitable deductions is the perfect place to start.
Posted by Unknown at 5:35:00 PM