I often say everyone has a story and if you elect to read them you will learn more about the nature of humanity than any book any philosopher or historian has ever crafted. 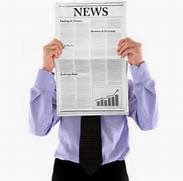 But those stories come from the art of listening which means actually hearing the narrative and in turn asking the right questions to encourage the teller to fill in the blanks, to provide meaning and depth to what often has become a short story in our age of social media confined to a 140 characters or less.

The drive thru nation has become that in more than fast food. We have the drive thru medicine, law and education. We have fast food, fast cars, fast times at Ridgemont High and beyond. We spend more time taking selfies and less time being selfless.

Then I read the story from the New York Times about Dasani, not the beverage, but a homeless girl. Her story is one of many stories, but that does not lessen HER story. Read the story here: Invisible Child

After I finished that story I read about King Bloomberg's Director of Poverty Research. It has clearly been working out well and at one point the Obama Administration was interested in incorporating his findings to reform the federal formula. And that is clearly working out well too. Oh wait...

We have had a War on Drugs and a War on Poverty for decades now, like many of our wars we are losing and this one we cannot withdraw our troops.

With all the discussion about ending food stamps, education "reform", the crisis in housing and the overwhelming need for mental health counseling, proper access to medical care and nutrition as well as family planning, we have a legacy of ignoring those who we funnel into corners of abject poverty and destitution and in turn dependence. And like our war on crime when we realize who is under that rock we had to push on our quest for gentrification we want them buried or hidden away in the cheapest easiest method. We apparently think that is prison or to another state, as we have seen many of late outlaw homelessness. So when in doubt of a problem and how to fix it - criminalize it.

The road to recovery is not one that has any relevance to those in the bottom tier of the 99%. Just like the 1% we have a spread of individuals that range in the scale from 0-99 and they have a long legacy and history of neglect and abuse. And that passes onto the next generation so the myths of bootstraps and pulling is just another story that for some is just that.


With New Formula, an Official Helped Unmask the Face of Poverty in New York

Over and over again, Mayor-elect Bill de Blasio has hammered it home: Forty-six percent of New Yorkers are poor or nearly poor. It is his mantra, the figure he holds up as proof that Mayor Michael R. Bloomberg has failed nearly half of his citizens.

Yet the man who came up with that statistic is no Democratic operative. He is a wry, bespectacled Bloomberg administration official who is far more familiar with complex statistical methodologies than with rough-and-tumble political brawling.

His name is Mark K. Levitan, and he is Mr. Bloomberg’s director of poverty research. Over the past five years, he has completely transformed how New York City measures poverty.

His new formula for counting the needy more than doubled the percentage of people categorized as near poor, bringing millions of low-wage workers, their families and others out of the statistical shadows.

Not exactly the news that most mayoral aides are eager to share with their boss. The figures inspired grumbles at City Hall, where some lamented that Dr. Levitan’s research had become a bludgeon to bash the mayor.

But Linda I. Gibbs, Mr. Bloomberg’s deputy mayor for health and human services, praised Dr. Levitan for helping to reveal “the actual face of poverty” in the city, which, she emphasized, was precisely what the mayor wanted.

Dr. Levitan said Mr. Bloomberg “didn’t flinch” when he told him what he expected from the new approach.

“He wasn’t happy to hear we were going to say there was more poverty,” Dr. Levitan said, recalling early conversations with the mayor. “But he didn’t suppress it. I had the ability to put the numbers out with integrity.”

What Dr. Levitan did was bold and straightforward: He threw out the federal poverty measure used by the Census Bureau in favor of a new one that takes into account the high cost of living in this city, quantifying for the first time the toll of expenses like housing, medical costs and child care.

The new methodology, introduced in 2008 and based on recommendations from the National Academy of Sciences, also factored in noncash benefits such as food stamps and tax credits.

What emerged was a new landscape of hardship. Poverty dipped in places like the South Bronx and hardscrabble corners of Brooklyn, where subsidized housing and government assistance cushion the poorest of the poor. But it rose in places like Queens and Staten Island, where low-wage workers struggle to pay market-rate rents, earning too much to qualify for most benefits, but too little to get by.

“It changes, to a degree, our vision of poverty across neighborhoods,” Dr. Levitan said. “Poverty is less concentrated geographically. It is more widespread across the city.”

That kind of talk might give any mayor heartburn. But Dr. Levitan, 65, who spent a decade as an analyst at the Community Service Society, a research and advocacy group, before joining the city, said he never worried about losing Mr. Bloomberg’s support. (Nor did he fret over what the mayor might think of his son working as a spokesman for Mr. de Blasio’s campaign.)

In 2010, the Obama administration said it would adopt a version of New York’s model as a companion to the federal formula. In April, when Dr. Levitan issued his annual report, Mr. de Blasio took notice.

Mr. Bloomberg’s aides and others say the mayor deserves credit for creating the Center for Economic Opportunity, which houses Dr. Levitan’s research unit and other antipoverty initiatives focused on education and jobs, including a $130 million program to assist black and Latino men. They also point to the construction of 50,000 units of affordable housing, among other efforts.

But Mr. de Blasio and others say more needed to be done. The fact remains, according to Dr. Levitan’s measure, that poverty is higher than it was in 2008, which highlights the challenges facing the incoming mayor.

How do you help the working poor if wages are low and few obvious revenue sources to significantly expand affordable housing exist?

“The question is,” Dr. Levitan said, “how are we going to find other resources?”

We will have to wait and see. Dr. Levitan is not sure what his future holds in the new administration. But he hopes the research will continue.

Dr. Levitan, who recently moved from Hoboken, N.J., to brownstone Brooklyn, remains keenly aware of those who do not share in his world of urban prosperity, the New Yorkers who are “on the outside looking in.”