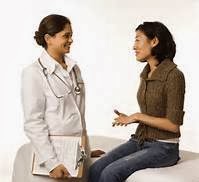 I have already written about the Doctor Shortages, the funneling and limiting of care as a result of Affordable Care Act, but it has become even more evident as the reality of the amount of individuals who are in need for medical insurance, specifically those who qualify for Medicaid.

Due to the income adjustments and tax credits the actual income level once established for Medicaid is now expanded.  Which means another layer of confusion and frustration for those seeking medical care.

Add to the equation that current publicly funded hospitals and clinics will find themselves receiving less funding due to the program, the idea being that having increased clients/patients will in turn balance out the grants and funds received in exchange for more bodies in the door.

So for already bursting at the seams public hospitals and clinics it means bursting and in medical terms that is not a good thing.  And for those victims, whoops I mean Patients, of said institutions means not more of the same, but less of it.

Today, I received note that the dump bucket Harborview Medical Center and UW Physicians were the the victims of malware and I was one of the many secondary victims as a result.  As if the medical negligence was insufficient now hackers have my medical information.  Maybe they can actually testify on my behalf on how crappy my uncare was.

But what this is truly representative of is the move to electronic medical records as required by the ACA which adds further costs, confusion and in turn more ways for your privacy to be violated and in turn exchanged either for profit or for other means of meta dating.. meaning anyone can look at your personal private medical history and make conclusions with regards to you for employment as they do with credit reports.

So once again, even rudimentary care will be compromised.  And think your medical records will be protected and your rights ensured?  Think again. They can't get it right now so imagine with more bodies coming thru the door.  Won't happen.


SAN DIEGO — Dr. Ted Mazer is one of the few ear, nose and throat specialists in this region who treat low-income people on Medicaid, so many of his patients travel long distances to see him.

But now, as California’s Medicaid program is preparing for a major expansion under President Obama’s health care law, Dr. Mazer says he cannot accept additional patients under the government insurance program for a simple reason: It does not pay enough.

“It’s a bad situation that is likely to be made worse,” he said.

His view is shared by many doctors around the country. Medicaid for years has struggled with a shortage of doctors willing to accept its low reimbursement rates and red tape, forcing many patients to wait for care, particularly from specialists like Dr. Mazer. < Yet in just five weeks, millions of additional Americans will be covered by the program, many of them older people with an array of health problems. The Congressional Budget Office predicts that nine million people will gain coverage through Medicaid next year alone. In many of the 26 states expanding the program, the newly eligible have been flocking to sign up.

Community clinics, which typically provide primary but not specialty care, have expanded and hired more medical staff members to meet the anticipated wave of new patients. And managed-care companies are recruiting doctors, nurse practitioners and other professionals into their networks, sometimes offering higher pay if they improve care while keeping costs down. But it is far from clear that the demand can be met, experts say.

In California, with the nation’s largest Medicaid population, many doctors say they are already overwhelmed and are unable to take on more low-income patients. Dr. Hector Flores, a primary care doctor in East Los Angeles whose practice has 26,000 patients, more than a third of whom are on Medicaid, said he could accommodate an additional 1,000 Medicaid patients at most.

“There could easily be 10,000 patients looking for us, and we’re just not going to be able to serve them,” said Dr. Flores, who is also the chairman of the family medicine department at White Memorial Medical Center in Los Angeles.

California officials say they are confident that access will not be an issue. But the state is expecting to add as many as two million people to its Medicaid rolls over the next two years — far more than any other state. They will be joining more than seven million people who are already in the program here. One million of the newly eligible will probably be enrolled by July 2014, said Mari Cantwell, an official with the state’s Department of Health Care Services.

On top of that, only about 57 percent of doctors in California accept new Medicaid patients, according to a study published last year in the journal Health Affairs — the second-lowest rate in the nation after New Jersey. Payment rates for Medicaid, known in California as Medi-Cal, are also low here compared with most states, and are being cut by an additional 10 percent in some cases just as the expansion begins.

“The symbolism is horrible,” said Lisa Folberg, a vice president of the California Medical Association.

The health care law seeks to diminish any access problem by allowing for a two-year increase in the Medicaid payment rate for primary care doctors, set to expire at the end of 2014. The average increase is 73 percent, bringing Medicaid rates to the level of Medicare rates for these doctors.

But states have been slow to put the pay increase into effect, experts say, and because of the delay and the fact that the increase is temporary, fewer doctors than hoped have joined the ranks of those accepting Medicaid patients.

“There’s been a lot of confusion and a really slow rollout,” Ms. Folberg said, “which unfortunately mitigated some of the positive effects.”

Adding to the expansion of the Medicaid rolls is a phenomenon that experts are calling the “woodwork effect,” in which people who had been eligible for Medicaid even before the Affordable Care Act are enrolling now because they have learned about the program through publicity about the new law. As a result, Medicaid rolls are growing even in states like Florida and Texas that are not expanding the program under the law.

Managed-care companies that serve the Medicaid population here through contracts with the state are still hustling to recruit more doctors and other providers to treat the new enrollees.

Molina Healthcare, which provides coverage to Medicaid patients in California and nine other states, has hired more than 2,000 people over the last year, said Dr. J. Mario Molina, the company’s chief executive. They include not just doctors, he said, but nurses, case managers and call center workers to help new Medicaid enrollees who may be confused about “where to go or what to do or how to access health care.”

Ms. Cantwell of the Department of Health Care Services said federal and state rules assured “geographic and timely access” for Medicaid patients, and the state closely monitors managed-care plan networks to make sure they include enough doctors. In California, she said, some 600,000 of the people entering Medicaid in January have already been assigned primary care doctors through an interim health care program for low-income residents that will end next month.

She also said that since the expansion population will be older on average than current adult Medicaid beneficiaries — until now, most adults who qualified were pregnant women or parents of young children — the state had decided to pay doctors a rate “somewhere in between that for our regular adult population and our disabled adult population” for their care.

Dr. Paul Urrea, an ophthalmologist in Monterey Park, said he was skeptical of “blue-sky scenarios” suggesting that all new enrollees would have access to care. “Having been in the trenches with Medi-Cal patients who have serious eye problems,” he said, “I can tell you it’s very, very hard to get them in to see those specialists.”

Dr. Urrea said that when he recently tried to refer a Medicaid patient with a cornea infection to another eye specialist, he was initially informed that the specialist could not see the patient until February. “And this is a potentially blinding condition,” he added.

Dr. Mazer, who leads a committee of the California Medical Association that grapples with Medicaid issues, said the managed-care plans he contracts with “keep on sending us patients, and right now I’m scheduled four weeks out.”

Oresta Johnson, 59, who sees Dr. Mazer through the state’s interim health care program for low-income residents but will switch to Medicaid in January, said she had faced “excessively long” waits to see specialists who could treat her degenerative joint disease. Dr. Mazer is monitoring her thyroid gland, she said, and she is hoping she will not have a problem getting back in to see him next spring, when she may need a biopsy.