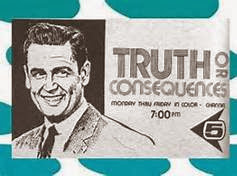 And yet when the opportunity arises we are all guilty as charged from running from the truth.

On the bus today while reading my New York Times I found the below editorial about being a victim of rape in the Military. It was by a man. A few minutes later I looked to my Twitter account and found that 4 adults have also been indicted in their role with regards to the Steubenville Rape case. One of them was a Superintendent of School. What a fantastic role model for children.

Irony that is my new mantra word. Irony that I was on the way to the school I subbed at last spring long term and those children in their way saved my life. And yet I would never think of ever allowing them to partake in a crime let alone subvert their role in one. I think an ounce of prevention is a pound for a cure and that may explain why those boys thought drugging, poisoning, raping and filming an assault was okay. They had no role models. My greatest fear is that I could never be a role model to children and the last two years have put me in a position to worry that may be a reality.

As I read the piece below the word denial came up quite a bit. I live in it and yet I am as direct and honest individual you would meet, to the point where I go "the truth hurts." I get it, I really do. I have and never will admit I was raped and yet no one wants me to either admit it or forget it. Either way it is exhausting.

What happens when an individual accuses another of such a hideous crime is the he said/she said game. It becomes more precarious when alcohol is involved, when there is a past or even present relationship or when the accused is a famous or respected individual. It then becomes a dance of some sort where the victim becomes the pinata or target and the sticks or darts used come frequent and come from multiple directions, often by those defending you. You break the pinata and then all of the truths come tumbling out and then its case closed, you lose. Few make that beating. It is why you see so many suicides and below is a story no different only that he is a man and a member of the armed services, the dichotomy is not lost on me.

I sat in court recently and not for rape or assault but for another matter under which I was charged. Falsely, wrongly and yes expectantly in our justice by drive thru window world. I sat there incredulous as I was blatantly "slut shamed" by a woman who wanted nothing more than to find me guilty as charged. Whether that was the truth or the fact was irrelevant, pointing at me and inferring I was a slut because of the nature of my dress and the car that I drove, who somehow either hallucinated or deserved what happened to me was all I needed to hear. It was horrifying and yes much like the author I just wanted it to stop. I wonder how I can ever be a role model for children again when I watched a system that I used to believe in and would be there to support them is an utter abject failure on every count. I cannot lie but to tell the truth?

As for those in the Military they can say no different. Quite sad really that the phrase wounded warrior carries many meanings. But they are not victims, neither are any of us, we are SURVIVORS.

It was early spring and I had finished working in the Minuteman missile complex at Whiteman Air Force Base in Missouri. Tired and dirty, I’d just made it to the chow hall before it closed for the evening. On the way back to my dormitory, as dusk fell, I took a shortcut through a construction site.

Something struck my head and I was knocked unconscious. When I came to, there were two men holding me. At first, I thought that an object had fallen and hit me, and that these people were trying to help me. I soon realized they were holding me down. When I struggled, they started punching me in the head. They told me to shut up or they’d kill me.

A third man grabbed my pants and pulled down my underwear.

The pain was unbearable, but what I thought about was all the things I hadn’t done in my life because I believed they were going to kill me when they were done. When they’d finished, all three started kicking me as I lay on the ground, curled in a fetal position to protect myself.

“You tell anyone, we’re gonna come back and kill you,” they said. All I knew at that moment was intense relief that I was going to live.

Although I could tell that these were fellow airmen in uniform, it was too dark for me to see their faces. I don’t know how long I lay there, but eventually, I got myself together and went back to the dorm. It was a Friday night and my roommate had gone home to St. Louis for the weekend. Relieved that I would not have to explain myself, I went to the sink and cleaned myself up as best I could.

I holed up for the rest of the weekend, avoiding people. When I went back to work Monday morning, guys saw the bruises.

“What happened to you?” they asked.

I was not the only one. According to the Department of Defense’s Military Sexual Assault Report for 2012, an estimated 26,000 members of the United States military, both men and women, were sexually assaulted in that year. The Pentagon survey almost certainly underreports the scale of the issue. Of those sexual assaults, 53 percent (approximately 14,000 in 2012) were attacks on men. A vast majority of perpetrators are men who identify themselves as heterosexual.

These facts are horrifying enough, but when institutions like the military, closed systems that lack oversight, do not validate the experience of the rape survivor, the perpetrators get to continue their criminal behavior without consequence.

I kept my secret for 30 years. I never told.

I went on to serve 20 years in the Air Force, retiring at the rank of technical sergeant. After that, I bounced around from civilian job to civilian job. I finally settled at Kirtland Air Force Base in Albuquerque, and eventually became plant manager for the Air Force Research Laboratories, before being medically retired for joint pain.

But my real problems were psychological. Sexual assault, whether in the military or in civilian life, is solely about the abuse of power, about control and domination. The lasting scars it leaves are psychic. I suffered from depression; my personal relationships were troubled and always failed. I made several suicide attempts; finally, after my last, I wound up in front of a seasoned social worker at a Department of Veterans Affairs medical center in Northport, N.Y.

My denial was strong: I came up with all kinds of diversionary reasons why I was depressed. Then, one day, in the middle of a counseling session, she asked me flat out:

“So why don’t you tell me about the rape?”

After all the pain and humiliation, it was such a relief finally to get rid of this dirty secret I’d been carrying around for so many years. In a follow-up session, I asked her how she’d known.

“I have counseled a lot of male veterans who were raped in the military,” she said. “I just had a feeling that was your trouble, too.”

It took me awhile, but I embarked on the journey of sharing my story with other male and female survivors of military sexual trauma — or M.S.T., as the V.A. calls rape and other forms of sexual abuse and harassment — as a way to help myself.

My oath of office has no expiration date. As a retired noncommissioned officer, I am duty-bound to advocate for those who have endured this hateful crime. The men and women who serve are my brothers and sisters; when any one of us is violated, it puts our country’s national security at risk. The violators rarely face the consequences of their acts, but I sometimes feel they should be tried for treason.

With support from the public, we hope to persuade Congress to pass the most inclusive bill on military sexual assault to date: the Sexual Assault Training Oversight and Prevention Act sponsored by Representative Jackie Speier, Democrat of California, who has dedicated herself to justice for military rape survivors.

The other main legislative proposals on the table, two amendments to the defense policy bill before the Senate, are both flawed. Senator Claire McCaskill’s provides for a civilian panel to review cases where commanders have decided not to prosecute; Senator Kirsten E. Gillibrand’s takes the decision to investigate and prosecute away from the chain of command, but invests that power in the judge advocate generals, who are senior military lawyers. Neither measure, we believe, creates the robust civilian oversight of military justice that victims need. And only Ms. Speier’s bill would provide vital aftercare for survivors — not least to ensure they are not victimized after returning to service.

Keeping my secret made me suicidal. I am lucky to be alive. Right now, according to V.A. estimates, 22 veterans a day take their own lives. The natural assumption is that these are combat-stress-related, but recent research has found that war zone deployment has little or no influence on suicide rates. We need to consider whether this tragic epidemic has other causes, nothing to do with combat missions. A study of airmen published earlier this year found that rape victims were six times more likely to think about suicide.

My advocacy continues. I take strength from this fact: Now I know that I am not the only one.