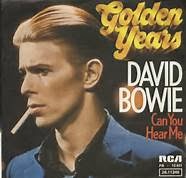 I believe 50 marks the golden anniversary phase in life and marriage.  Today take the G off and its now "olden".  When you are over 50 in America the rite of passage means becoming destitute, unemployed, and unsure of what the future means other than death or wishing it would come sooner vs later.

I think we all think it will never happen to you.  Well think again. The New York Times and MSN both had articles on the boomer class of invisibles.  The shadow people who are too old to be a productive member of society but too young to leech off the entitlements that they earned in a lifetime of work. It win lose draw as in nothing. You win nothing, lose everything and draw nothing.

The stories of these people could be mine. I watch my savings erode into legal debts for something that I still cannot understand why.  Not why me? But why?  Why would no one listen or help me or anyone like me? What the hell is wrong in this country that when you ask for help you aren't even given the courtesy of being heard.  Isn't that still free?

The article in the New York Times is here. The profile is a about a woman of color, named Jenner Barrington-Ward, who they found filing for bankruptcy as she has moved about couch surfing in search of work and a home after years of being employed and a productive member of society.  If she would at least commit a crime she would have that roof over her head for life taken care of.   We will pay for that.

But what I read was the comments.  Here are some that need to be heard:

There are over 500 comments like those above so what does it say to be unemployed and unemployable?  It says in America you are worthless.  I have written endlessly about how I am viewed here in Seattle and I suspect elsewhere when I read articles and comments like those above and note they are mostly from women.  Women over 50 are truly a problem in America.  The problem? We are alive. I was asked if I was glad to be alive about that recently and I had to ponder the response.

Of course later the same woman really elevated the hate factor (and I actually have a court transcript) inferring I was a slut who was out on the town chatting up men and drank Absinthe to hallucinate my lover who then clearly disappointed me sexually, then in turn drank myself into unconsciousness and  drove my car.  The logic here is irrelevant, it's the fact that an actual professional educated woman said this in court about me.   And to think that I was accused of making my "story" up.  I couldn't make up this shit, I really couldn't.

Again who said that? A woman and I can assure you that women are hated by their own gender by far more than men, so being a woman of a "certain age" you should walk into the ocean as fish food is about all you are worth. America, a third world nation with first world problems.

But there are some bright horizons as the MSN article below discusses a program that might be doing some good and right now we need something good.


Over 50 and out of work: Program seeks to help long-term unemployed

When Bret Lane was laid off from his telecommunications sales job after 16 years, he wasn’t worried. He’d never been unemployed for more than a few days since he started working as a teenager. But months passed, and he couldn’t find a job. One day, he heard the Purina plant in his Turlock, Calif., neighborhood was hiring janitors for $14 an hour. When he arrived early at 4 a.m., he counted more than 400 people lined up to interview.

“That’s when I realized things had gotten serious,” said Lane, 53, who called being out of work “pure hell.”

Lane’s experience is hardly unique. As of September 2013, 4 million people had been unemployed for six months or more. The economy has been slow to regain the 8.7 million jobs lost during the Great Recession, making prospects grim for many of the long-term unemployed.

Older workers like Lane make up a larger percentage of the persistently jobless than ever before. Nearly 40 percent of unemployed workers are over the age of 45 — a 30 percent rise from the 1980s. And for this group, the job hunt can be particularly long and frustrating. Unemployed people aged 45-54 were jobless for 45 weeks on average, and those 55 to 64 were jobless for 57 weeks, according to an October 2013 Associated Press-NORC Center for Public Affairs Research poll.

Younger workers didn’t have such a hard time, perhaps because many employers value productivity over loyalty or longevity, said Linda Barrington, an economist at Cornell University’s Institute for Compensation Studies. “Companies will pay a premium for energetic young people,” she said.

Addressing the emotional side of unemployment

An innovative program based in Bridgeport, Conn., is helping to get those who are over 50 and unemployed for long periods back into the market.  Platform to Employment started in 2011 when a Connecticut job center called the WorkPlace was overwhelmed by calls from “99ers”—people who had been unemployed for 99 weeks, exhausting their unemployment benefits—many of whom were older workers.

The exact number of 99ers across the country is unknown; the Bureau of Labor Statistics hasn't distinguished between 99ers and those out of work for a year since 2010, an oversight that some say renders this group even more politically invisible. Already, the long-term unemployed face biases in hiring. It’s both legal and common for employers to write “unemployed need not apply” on job postings.

There has been virtually no public policy tackling long-term unemployment since the recession hit, said P2E founder Joe Carbone, and his program seeks to fill that gap. “These people have lost access to opportunity, which is a basic American tenet,” said Carbone. “We find a way to make them competitive and feel hopeful.”

P2E is an intensive, individualized five-week bootcamp that teaches job skills and works to build job-seekers’ confidence and emotional health. “We acknowledge that there are serious emotional issues for people who’d been unemployed for that long,” Carbone said.

The privately-funded program makes deals with businesses who hire P2E graduates for “internships,” a few-week trial period for the would-be employee, whose salary is subsidized by the WorkPlace. Often, it leads to full-time work. According to P2E, 80 percent of their participants have been granted trial periods, and of those, more than 85 percent have been hired by employers.

Bret Lane washes out his coffee pot at his home after a shift at a call center in San Diego, Calif., on Oct. 31. Lane was laid off after 16 years as a salesman in telecommunications and was unemployed until he got a job at a call center.

The program has spread to 10 other cities across the United States, including San Diego, where Lane, a P2E graduate, has been employed full-time at a call center since May. After a year and nine months of unemployment, Lane sold his two-bedroom house, pared down his possessions to fit in a 5x10 storage unit, and drove to San Diego to live with his sister. That’s when he saw an ad in the paper for Platform to Employment.

He learned how to make his online resume more searchable by adding keywords, as well as how to create an impressive LinkedIn profile. “It also occurred to me that I was being discriminated against” because of age, rather than being rejected for not being good enough. Lane now makes about half of his previous salary and still lives with his sister, but he’s “happy to be working again.”

This acceptance of a new economic reality is at the heart of P2E; the program isn’t solving the problems of precarity, real-wage decline, or manufacturing losses so much as doing damage control.
“I’d say 100 percent of the people who went through Platform are making less than they did previously,” said Carbone. “We get them prepared for the fact that their standard of living will go down, that they probably have to change careers.”

This guidance is necessary, Barrington said. “A lot of [the long-term unemployed] came into the workforce still thinking you could work for the same company for your whole life,” she said. “Someone has to sit you down and tell you that’s not going to happen.”

She added that businesses need to be reminded of the value of older workers, who often bring intangible skills, such as punctuality, responsibility, and “being able to write a memo,” that younger employees may not yet have.

Heidi DeWyngaert, President of Bankwell, a holding company of several banks in Connecticut, said one of her banks hired an older worker from P2E who is succeeding on the job precisely for these reasons. “She’s mature, reliable and responsible with a great attitude,” said DeWyngaert.

The program has gained so much prominence that it’s become competitive in its own right. Early last year, after P2E was featured on 60 Minutes, the Bridgeport office was flooded with inquiries. The program routinely gets 1,000 applicants for around 20 spots.

Hoping to spark a national conversation

Vanessa Jackson, 57, saw the segment and kept track of P2E’s growth until it expanded to her area in Chicago. Jackson had been unemployed off and on since 2008, when she lost her $100,000 job as a marketing manager during a corporate downsizing. “I thought, of course, I would get another comparable job,” she said.

But it didn’t happen. She decided to get an MBA to “ride out the recession,” but that just landed her more debt. She finally got a part-time job as a deli clerk, until she broke her arm and went on disability for 10 months. Her $300,000 401(k) account dwindled to $60,000. She sold her house in the suburbs and moved in with her boyfriend on the South Side of Chicago.

“It was the most desperate thing in the world,” Jackson said. It pained her to remember the days when recruiters would tell her she was one of “the top African-American women in marketing.”

P2E “revived my energy,” she said. “It lifted the depression that was very much there.”

Jackson now works part-time as a project coordinator at a home care service agency for $13 an hour, which she admits is inadequate for her level of education. Still, she almost missed out on the opportunity. When P2E came to Chicago earlier this year, she wasn’t selected at first. “It felt like applying for a job in itself,” she said. “I beseeched [Chicago program manager Michael Morgan]. He said ‘I admire your ambition’ and let me in.”

Carbone is all too aware of P2E’s limited reach. “We’ve helped hundreds of people, but that doesn’t put even a small dent in the amount who need help,” he said. Carbone hopes to spark a national conversation and, eventually, get the attention of Washington.

“Let’s be clear,” Carbone said. “I wouldn’t be doing this if there were appropriate and relevant government policies.”