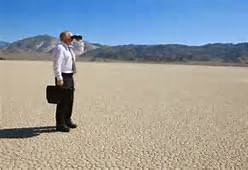 The old adage used to go, first in first out.  So in that logic if you were the first fired you would also be the first rehired.  And that is why its called an old adage, its now about being old.

The article below discusses the "trend" of how long term jobless stay long term jobless.  The ones who have long since run out of unemployment benefits, whose savings, debts and financial security long depleted if not gone.  And add further demonstratives, the absurd nonsense that skills "atrophy" after long term unemployment.

What the article neglects to mention is the age, types of jobs and salaries of those who fall into that category.  But do you need to really look any deeper?

The largest group that this "trend" affects are baby boomers.  These are the >45 who have long histories with one company, have adult or nearly adult children, vested in their communities with home ownership and dutifully enrolled in the companies 401K rip off investments and no health care.

I have put in numerous articles with regards to the significant affects that result from this and more importantly the role of suicide which permeates those who are now back against the wall with nothing to gain and nothing to lose.

What is interesting is that we revere the "greatest generation" as sages and genius despite their increasing age and fragile health.  They still quote the aged  Greenspan as some Yoda who well into his dotage and admission that perhaps some of his economic "Rand theory" might have been a bad idea; or Warren Buffet with prostate cancer and questionable economic investments and his bullshit pledge nonsense, George Soros the same, Peter G. Peterson, Alan Simpson and I could go on and on with septuagenarians who somehow transcend the same logic applied to the dude down the street who has done nothing but 'work hard' and play by the rules.

If I hear the phrase 'work hard' again applied to anyone or anything I will atrophy.   Instead let's everyone 'work lazy' and see how that goes.

We have a bookend of problems. The young coming out of college with little economic opportunity unless making a great latte design is taught in college and the older generation who have experience and knowledge and just as much desire to do well as those half their age.  Join up, fight up, and own up.  Its time to work together not apart.

For Long-Term Jobless, a Stubborn Trend


IN 2006, with the American economy booming, the proportion of workers who were laid off or discharged over a 12-month period fell to 15.5 percent. That was the lowest rate since the government began collecting the data at the end of 2000 — and a sign that the job market was exceedingly strong.

But the rate of firings soared during the credit crisis and Great Recession, hitting a peak of 20.4 percent in late 2009.

Now it has fallen to the lowest level ever recorded — 14.8 percent.

And yet, the job situation now is not a good one. While fewer people are being fired, the rate of hiring has barely picked up. And as can be seen in the accompanying charts, the long-term unemployment rate — the proportion of the labor force that has been out of work for more than 15 weeks — remains higher than the short-term rate. In October, the long-term rate was 3.8 percent, while the short-term rate was just 3.5 percent.

From 1948, when the Bureau of Labor Statistics began to publish monthly unemployment rates based on a survey of households, until mid-2009, the long-term rate was never as high as the short-term rate. Since then, it has consistently been higher, although the gap has narrowed.

What seems to have happened in the United States is that job mobility — historically an important feature of the nation’s labor market — fell rapidly during the recession and has yet to recover much.

The data on hirings and firings is compiled by the government in its monthly Jolts — Job Openings and Labor Turnover Survey — report. The charts on hirings and firings, as well as on voluntary departures, are based on actual numbers over 12-month periods, not on the seasonally adjusted figures.

By adding the monthly figures, the charts may overstate job mobility to some extent. In some cases, the same worker may have been hired several times during a year, and have left just as many jobs during the same period. That is particularly true in industries like construction, where many jobs are for relatively brief periods.

But even taking that into account, the fact remains that in a normal year the number of workers leaving jobs — whether voluntarily or involuntarily — amounts to more than 40 percent of the total number of jobs. The number of new hires is, of course, at a slightly higher rate if employment is rising.

One measure of the health of the job market is the number of unemployed people for each unfilled job vacancy. At the end of 2000, when the data was first collected, that figure was just over one — an indication of the boom that ended with the 2001 recession. It soared to nearly seven to one during the recession.

The latest figures show the ratio has fallen back to 2.9. By that measure, the job market is finally a little better than it was at the low point early in the last decade.

But it appears that many of the people who have been unemployed the longest simply lack the skills to get the available jobs. The short-term unemployment rate is back to the levels that prevailed for most of the period before the recession. But the long-term rate, while it is falling, remains higher than it was at any time before the recession.