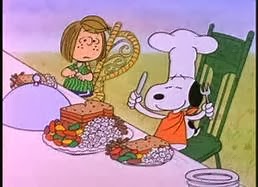 I have been quite the proponent of the concept of the "new family." One less of DNA and more of collaboration and cooperation, finding those of multi generations that are seeking commitment without the need to marry or in fact have any legal requirement in which to be together.

The New York Times yesterday devoted an entire section to the Changing American Family. Profiles discussed the blended families,  nothing new there as we knew about them in the 70s, they were the Brady Bunch; Gay Parents, Single Parents,Adoption, Career Jugglers, Co-habitators and two ones of my particular interest - Parents Behind Bars and Electing a Family.

The story of those families who have to bond and connect when one parent is behind bars is the new dichotomy. We have such a large and ever increasing prison population thanks to the ever growing Police State, we are not just supporting one individual through incarceration we are also supporting that individuals family.  So much for the entitlement generation and their tough on crime, dump the safety nets.  When you look again at costs per difference, it is quite staggering.

The essay below tells one such story.  But remember be thankful that you and your family are safe this Thanksgiving.

Bonding From Behind Bars
The children of more than a million inmates are left to cope as best they can.
The daughter of a prison inmate left for school. More than half of the 2.3 million adults incarcerated in the United States are parents of children under 18.Gretchen Ertl for The New York Times
One variant of the modern American family — sadly characteristic, if often ignored — is the family struggling with the impact of an incarcerated parent. Largely as a result of harsh drug laws and mandatory minimum sentences, the nation’s prison population has almost quadrupled over the past 30 years, according to a 2010 Pew Charitable Trusts study.
Today the United States is the world’s leading jailer by far, housing more of its citizens behind bars than the top 35 European countries combined. And of the estimated 2.3 million inmates serving time, more than half are parents of children under age 18. That translates into 2.7 million affected children nationwide, or one of every 28, up from one in 125 in 1990.
Some groups have been hit much harder than others. “African-American children living in lower-income, low-education neighborhoods are seven and a half times more likely than white kids to experience the incarceration of a parent,” said Julie Poehlmann, professor of human development and family studies at the University of Wisconsin. “And by age 14, more than half of these kids with a low-education parent will have an imprisoned parent.”
Families are left to cope as best they can, not only with the deafening absence, the economic hardship, the grief and loneliness that separation from a loved one can bring, but also with the stigma that accompanies a criminal conviction, the feelings of humiliation, debasement and failure.
It’s one thing if your father is taken away by disease or divorce; it’s another if he’s taken away in handcuffs. Studies have shown that even accounting for factors like poverty, the children of incarcerated parents are at heightened risk of serious behavioral problems, of doing poorly in school or dropping out, of substance misuse, of getting in trouble with the law and starting the cycle anew.
In a telling sign, “Sesame Street” recently introduced a Muppet named Alex, who looks as glum as Eeyore and is ashamed to admit why only his mother shows up at school events: Dad is in prison. The show offers an online tool kit for children and their caregivers, “Little Children, Big Challenges: Incarceration,” with a coloring book, cutout mobile and “how am I feeling?” cards (angry, upset, sad).