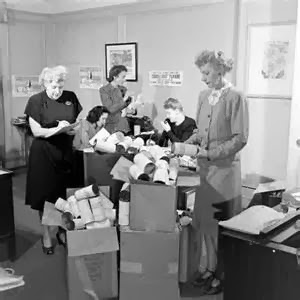 I have long written about the low wages of our food service industry. The link to lower than minimum wages for those who garner tips as part of wages with regards to that side of the industry is tied to a decades old legislation that ties those in the white napkin, tablecloth servers to a wage that averages just around $4/hr. Nothing says an enjoyable celebratory meal than knowing the individual handling my food makes poverty level wages, has no health care and is hungry. That defines irony or tragedy.

Then we have the fast food industry which in pockets of places across the country have been standing up for higher wages. I was watching Bill Moyer's this weekend and catching up on past episodes when I saw the Green Shadow Cabinet women on discussing this and other activism around the country that is in response to the ever widening income inequity that plagues our country, much like food borne illness. Irony or tragedy?

The link to the episode is here: The Path of Positive Resistance. The women discuss their own efforts to personally make change and truly put themselves in places where they do walk the the talk. It is why I still fight the good fight as they are inspirations for us all. I have long abandoned the two parties of politics and until we restore our rightful role in this a democracy I see more corporations exploiting their role and access in our Government.

And no company does more than sending a mixed message than WalMart. A recent story about their own charity drive has an interesting aspect. This WalMart controversy  is where they have in their stores campaigns to help their own crews feed themselves, their families and other issues that are usually relegated to charities about the vague unknown poors that we see in public places this time of year. I think I prefer actually knowing that the money I donate to the food or clothing drive is actually for the employees working there soliciting for the aid. It is more direct and then I can actually have personal contact with the individual who will be receiving my donation. It makes it so much more personal. Irony or tragedy?

Then I read this in Al Jazeera - where McDonalds is giving tips to employees about how to feel less hungry and healthier. Irony or tragedy or is this a farce? Well I would have to break up my McDonald's food frankly to remind myself that I now can only afford that shit.

Now the requisite arguments that paying these people a liveable wages would cause inflation and raise prices and in turn what is not mentioned of course is the amount of government support in the forms of food stamps and medicare that these same individuals receive, much higher cost per person than raising the cost of the Big Mac by a nickel.

Oh wait Congress wants to stop those safety nets, entitlements or as the tea drinkers call "enablers" of dependence. Irony is that they would never set foot in said fast food establishments as the lobbyists take them to the white napkin establishments who are making even less, but hey food and shame go well together. Guilt eating anyone?

And in Seattle we elected a "Socialist" to our City Council whose campaign centered around making minimum wage a liveable one to be $15/hr. This goes in line with the city of Sea-Tac and its own referendum to raise their wages to the same.

The idea that for profit businesses indirectly or inadvertently support non-profits which is what charity drives are is again an irony or tragedy. The good thing to know is that they are eliminating the middle man but one wonders if they also take the tax breaks that non-profits do for doing so? Another entitlement that benefits one over another.  Ah the rich get all the breaks as in tax ones.

The ladies are right, there is activism and resistance. I still look back to Wisconsin and their amazing power of the people two years ago.  It seems decades ago but in our media hunt peck lather rinse repeat we do little to encourage, see or hear about these pockets of activists who are working in their communities to make change for good.