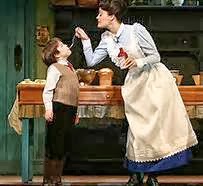 Frankly it would be cheaper and possibly not worse.  The high price of medicine makes no sense unless of course you realize that Big Pharma has no interest, no horse in that race, nor imperative to do so.

As the supposed saviors of America claim, the tech sector, they are saving us from well them maybe, we have all the super technology in the world which should make things run fast enough and in turn cheap enough for everyone.  That is clearly not working out.

Today the NYT had an article about the costs associated with breathing.  Good to know that in America taking a breath costs a few breaths as those who need medicine in which to do so, often save a breath in order to take one.

I may need an inhaler to cope with another frustrating example of how our Country is run ragged by the corporations that profit from greed. That is all it is - greed.  There is no other explanation as to why any company would ensure their "shareholders' aka "executive management" wealth by simply exploiting the health of the American people.  Shame, shame on them and us for allowing it.

Breathe deeply then read the article and then the editorial below about how the Medical Industrial Complex is also ensuring their profits as the nation gears up for the next year when Obamacare kicks in.

Is this really about health care or about profits?  This is more about our fight for our civil/human rights to have health care that is equal and available to everyone.

Out of Network, Out of Luck

For several hundred patients at the University of Pittsburgh Medical Center, it started with a certified letter informing them that they were no longer allowed to see their physicians. The reason? They were unlucky enough to have insurance called Community Blue, which is offered by a rival hospital system. Astoundingly, they were barred even if they could pay for the care themselves.

One patient, in the middle of treatment for lung cancer, said at a hearing before a State House of Representatives committee that she was prohibited from seeing her U.P.M.C. oncologist. Another, with the debilitating autoimmune disease scleroderma, said she was dismissed from the U.P.M.C. Arthritic and Autoimmune Center. A third, a five-year breast cancer survivor who needs follow-up care every six months, was cut off from the doctor who had been with her since she was first given her diagnosis.

Community Blue is sold by a company called Highmark. Like U.P.M.C., it is both a hospital system and an insurance provider, part of a growing trend toward vertical consolidation in the two industries. These and other companies insist that such consolidation streamlines the caregiving system and thus benefits the patient. But in the short term, they are waging a vicious war over patients — and as the experience in Pittsburgh shows, it’s often the patients who are losing.

Historically, U.P.M.C. was the biggest health care provider in Pittsburgh and Highmark the largest insurer. U.P.M.C., though, has been selling its own brand of insurance for over a decade, and Highmark recently affiliated with a local multisite hospital system, now known as the Allegheny

U.P.M.C. responded to the formation of the Allegheny Health Network by labeling Highmark a competitor and a threat to its financial sustainability. It has also announced that its current contract with Highmark will not be renewed, meaning that in December 2014 almost all U.P.M.C. hospitals will be open to Highmark customers only at out-of-network rates, which are among the highest in the country.

At the same time, U.P.M.C. is running an aggressive ad campaign for its own health insurance plan, and Highmark subscribers with Community Blue have been denied access to their U.P.M.C. physicians. According to an official statement from U.P.M.C., this denial of access results from “misunderstandings” related to Community Blue’s being “a cut-rate product.” (Full disclosure: I used to work as a clinical nurse for U.P.M.C.; my insurance is not through Highmark.)

Things have gotten so bad that State Representative Dan Frankel, a Democrat, and State Representative Jim Christiana, a Republican, recently introduced legislation in the Pennsylvania House that would guarantee health system access to “any willing insurer.” I spoke at the news conference announcing the bill, sharing my concern, as a consumer and a bedside nurse, that the health care providers in Pittsburgh seem to value market share more than the needs of patients.
All of this is happening within the context of dramatic change in the health care industry. Historically, insurance companies have had more market power than hospital systems: they set reimbursement levels, determined which providers and hospitals were in or out of network and chose which patients to insure.

The Affordable Care Act, however, is changing that. By mandating that insurance companies can no longer deny coverage because of pre-existing medical conditions, or set lifetime caps on total payouts, the act curbs what some would call past insurance company abuses, and in the process cuts back some of the industry’s market power.
But while health insurance practices are becoming more regulated, the act, by offering incentives for coordinated care, has encouraged hospital mergers and the buying up of physician practices.

In line with those changes, more health systems nationally are following the lead of U.P.M.C. and Highmark, combining health insurance with the provision of care itself. The systems promise that such networks streamline care and offer lower costs and consistently good outcomes for patients.

But the worry is that integration will yield not better care but higher profits achieved through monopolistic consolidations and self-serving business practices. The cost of care for an entire geographic region could increase without making patients better off.

Further, if rural hospitals become part of large integrated systems, patients could be shut out from the only nearby hospital, as was feared recently in Altoona, Pa., when U.P.M.C. acquired Altoona Regional Health System.

Profit seeking has its place, even in some parts of health care. But the hospitals in Pittsburgh are nonprofits supported in part by community donations and public tax breaks. Profiteering is fundamentally antithetical to who they are.

And the generosity bar should be set higher for health care than for any other business. Hospitals are not selling cool new phones or marketing the latest app. We produce that most delicate and personal of products: health. Patients come to us in need, and it’s our job to either make them better or, if we can’t heal them, offer all the comfort we can.
The Affordable Care Act says that in order to justify their tax-exempt status, nonprofits must show “community benefit,” offering a possible check on aggressive business practices. However, that requirement does not specifically address provider-insurer networks or questions of access, and a lack of compassion has definitely been on display in western Pennsylvania.