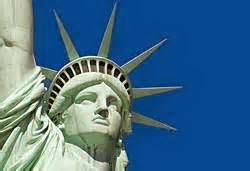 Here is the legal dictionary's definition of implied consent.

Implied consent differs from express consent, which is communicated by the spoken or written word.

Implied consent is a broadly based legal concept. Whether it is as valid as express consent depends on the situation and the applicable law. For example, the owner of a car generally is liable for an accident caused by someone who drove that car with his or her consent. In many states, that consent can be express or implied, and implied consent may arise from seemingly innocuous actions. For instance, a habit of leaving the keys in the car's ignition may under law imply that the owner consents to anyone else's—even a car thief's—driving the car.

Implied consent as the result of inaction is most commonly found in litigation procedures. For instance, a party to a lawsuit may have the legal right to object to a court hearing that is scheduled to occur before the party has obtained certain crucial documents. But if the party appears at the hearing and allows it to proceed without objecting, the party has waived the right to later object or appeal. By failing to take action to cancel or reschedule the hearing, the party is said to have implied its consent to the hearing.

Perhaps the best known—and most often litigated—application of implied consent involves laws prohibiting driving while intoxicated. Most states have legislation that subjects motorists suspected of driving while under the influence of alcohol or illicit drugs to blood, breath, or urine tests. These chemical tests can confirm the existence and the level of drugs or alcohol in a driver's body, and can be used as evidence against the driver. Pursuant to these state statutes, known as implied consent laws, anyone who drives on public roads or highways has, by that action, impliedly consented to such tests. Once stopped or arrested for suspicion of driving while impaired, a person must submit to a test or face revocation or suspension of his or her driver's license.

Implied consent statutes have been attacked for a variety of constitutional reasons, usually unsuccessfully. Courts have held that the statutes do not violate a driver's Fourth Amendment protection from unreasonable search and Seizure,or Fifth Amendment right against Self-Incrimination. The statutes usually are upheld on due process grounds, although courts have struck down statutes that permit the revocation of a license without a hearing. Arguments that implied consent laws are an invasion of privacy or an undue burden on interstate commerce have also been rejected by the courts.

Courts generally look to one of two theories supporting the validity of implied consent laws. According to the first theory, driving on public roads and highways is a privilege, not a right. Only those who adhere to state laws, including laws prohibiting driving while intoxicated, are entitled to the driving privilege. Under the second theory, courts consider implied consent laws to be a reasonable regulation of driving pursuant to the state's Police Power, so long as the laws do not violate due process. Courts have weighed the interests of society against the interests of individuals, and have determined that drunk or drug-impaired drivers are enough of a danger to society that a slight infringement on the liberty of individuals is justifiable.

The liberty of individuals is protected somewhat by the requirement that before a law officer can request a blood, urine, or breath test, the officer must have reasonable grounds to believe that the driver is intoxicated. What constitutes reasonable grounds is determined on a case-by-case basis. If a driver loses her or his license after refusing to comply with a chemical test and a court later finds that reasonable grounds for the test did not exist, the court can invalidate the revocation or suspension of the license.

Courts generally hold that a revocation or suspension of a license caused by a driver's refusal to test for drugs or alcohol is separate and distinct from a prosecution for driving while intoxicated. Therefore, in most states, it makes no difference whether a driver pleads guilty to, is convicted of, or is acquitted of the crime: refusing to take a test for chemical impairment may result in a revoked or suspended license, and this punishment must be paid despite a subsequent acquittal of driving while intoxicated or in addition to any punishment that comes as a result of a conviction.

Many states require that a law officer warn a driver of the consequences of refusing to take a chemical test, and if that warning is not given, the license cannot be revoked or suspended. Some states offer drivers a limited right to consult an attorney before deciding whether to take a sobriety test. This right is not absolute, since a significant delay would render ineffective a blood, urine, or alcohol test. Several states offer drivers the opportunity for a second opinion—the right to have an additional test performed by the driver's choice of physicians.

States differ in their approach to implied consent laws, but their goal is the same: keeping dangerously impaired drivers off the roads. Courts and legislatures are reluctant to frustrate this goal.

And we now have Google and the implied consent that they can wiretap and in turn provide our emails and other communications to third parties, be they Government agencies or to marketers and advertisers to generate selective personalized ads. Amazon does this as well, even Nordstrom was doing it by mining your cell phone data to track your shopping patterns in their store. The postal service has also checked our mail. What else have we implied our consent to?

Implied Consent. The thought of it makes one wonder what that means in every aspect of our lives when it comes to to another and what they can or cannot do or to us. We are slowly having our Civil Rights erode from beneath us sending us to the precipe. Cliff jumping is not an option.
Posted by Unknown at 5:02:00 PM