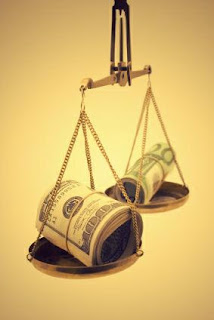 Much is made of the discrepancy between the everyday worker at a company and the CEO.  The current stats are showing close to a 300% level discrepancy between the CEO and his/her staff. Now to the everyday idiot that I often speak to, they tell me they earn it. When I ask for details on how this is determined and what is the measurement and tools used to know said information, I am usually met with some type of vulgarity and dismissed.  Conversations with Idiots coming to an EBook near you!

But in reality the measurement tool is like versus like. The idea behind the CEO scale is comparing that companies wages with a company of similar structure, meaning profit, sales, company size and type of company.   Well that is not working out quite as expected.

The article below discusses the interesting ways that CEO pay is calculated and of course the strange loopholes and variances that seem to allow CEO of Company A be compared to CEO of Company Z.  The letters in between may or may not actually have actual businesses that do correlate to said Company A, but hey whose counting?

HOW much pay is too much pay? It’s a question shareholders have been asking for years.

Now the Securities and Exchange Commission has dipped its toe into the executive pay pool with a rule issued last week that would require companies to publish a comparison of their chief executives’ pay to the median compensation of most other company employees.

Unless you were born yesterday, you already know there’s a vast gulf between C.E.O. pay and that of the public company rank and file. So the rule, if it goes into effect (it is now undergoing a 60-day comment period), won’t be that revelatory. Sure, there will be noteworthy numbers. But the new rule will do little to help shareholders understand whether the executive pay awarded by their companies is appropriate and if not, how off the charts it is. A far more meaningful comparison for regulators is the peer groups public companies choose to use as benchmarks when setting their pay packages.

These peer groups, which are supposed to include similar companies, often don’t. In many cases, companies choose peers that are far larger or more complex and whose executives are paid more to manage that size and complexity. Therefore, the inclusion of these companies in a peer group can skew an executive’s pay higher. Investors have a name for such companies: aspirational peers.

Peer groups certainly are ubiquitous — in 2012, some 86 percent of companies in the Standard & Poor’s 1,500-stock index said they used them, according to Equilar, the executive compensation analytics company in Redwood City, Calif. But they can be pretty blunt instruments for comparing executive pay.

Aware of the potential for questionable choices of companies within these peer groups, institutional investors are examining them more closely. Equilar has been assisting these investors with a system that generates a separate peer group for a company. Shareholders can use Equilar’s peer groups — and the pay they provide to their executives — to vet the groups chosen by their companies.

Aeisha Mastagni, investment officer at the California State Teachers’ Retirement System, says her organization uses Equilar’s peer groups as a gut check before voting on executive pay at companies. When wide disparities emerge between a company’s peer group and the Equilar alternative, Calstrs officials have brought up the matter with company officials.

“The peer group aspect is one piece of the puzzle that we look at when we cast votes on company pay practices,” Ms. Mastagni said in an interview last week. “Far too many companies use the peer groups as a starting point when they really need to be that reasonableness check.”

Peer groups chosen by companies don’t always differ significantly from those Equilar’s system produces. But many do.

ONE is Hain Celestial Group, a food company based on Long Island whose founder and chief executive, Irwin David Simon, received $6.5 million in pay last year.

In its proxy statement, Hain discloses two different peer groups that it uses to benchmark pay. One consists of many food and beverage companies, including Chipotle Mexican Grill, Mead Johnson and United Natural Foods. Most have higher revenue than Hain’s and half have larger market capitalizations. And yet Hain’s chief executive received far more than the $3.9 million median pay for the C.E.O.’s at those larger peers.

The other peer group used by Hain consists of companies whose founders, like Mr. Simon, still run the show. This peer group is made up of 14 companies, including Costco and Starbucks. The revenues of most of those companies were significantly higher than Hain’s — Costco, for example, has $99 billion in revenue compared to $1.4 billion for Hain. Nevertheless, these peers paid their executives less — a median of $4.8 million versus Hain’s $6.5 million.

Equilar’s suggested peer group for Hain, adds two companies to Hain’s list, with median revenues that were much more in line: Post Holdings and SunOpta. This group paid their C.E.O.’s a median $2.6 million last year, far less than what Mr. Simon at Hain received.

Mary Anthes, a spokeswoman for Hain, said that its peer group was selected by its board’s compensation committee and that for the last two years Hain’s sales, earnings and stock price had been markedly higher, justifying the pay.

But when you look at revenues, the peer group comparison makes less sense. Manpower’s revenue was more than three times the $5.5 billion Kelly generated last year, and the market capitalization of both peers was far in excess of Kelly’s $585 million.

As an alternative, Equilar chose a larger group — 14 companies, most of them in the employee staffing field — with median revenue of $1.24 billion and market capitalization of $775 million. In this case, Equilar’s more representative group was not so out of whack with Mr. Camden’s actual pay. The median pay dispensed to the top executives at these companies was $2.8 million, slightly below what Mr. Camden received.

Kelly Services did not respond to an e-mail seeking comment.

Equilar came up with the idea of creating alternative peer groups because its officials believed that in an age of big data, it could improve on the standard, more limited approach taken to come up with peer groups. Rather than just look at industry groups and revenues, Equilar builds relationship maps.

Equilar uses an algorithm to tap into peer group data found in S.E.C. filings and employ social media to generate what it contends are credible alternatives to company peer groups.

For example, Equilar consults all filings for mentions of peers and then matches them up. Say, for example, company A is identified as a peer by company B but A does not include B as one of its peers. Equilar feeds this information into its system. It also includes what it calls second-
degree peers — when company A lists B as a peer and B lists company C as one, Equilar will consider adding company C.

Equilar maps these ties and identifies the strongest connections among them. The result is what it calls market peers for each company.

Investors have to weigh many elements when assessing the fairness of executive pay. Peer groups are just one of those, of course. But as the Equilar examples show, some peers are more equal than others.