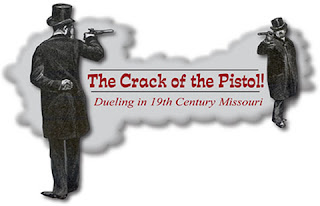 As I was reading the article below about the fight over gun control I was watching Al Jazeera and suddenly an interruption came on regarding a shooting in the Navy Yard.  Ah yes the irony once again that a lunatic with a gun hits on all places a Naval shipping yard.  Anchors away!

That is okay because in Seattle on Saturday an insane person stabbed to death and injured another on the street.  See who needs guns to be crazy.  Not this maniac or this insane maniac who used an ax a few years ago to kill two people (the second went unknown until he told the police who then autopsied the victim and found that he had died due to ax wound.. another Harborview victory of incompetence, failing to note that head injury was from an axe.. but hey he was homeless so why care?)   The NRA is right only good guys with guns can stop bad guys with axes or whatever they have handy.

Or not, as the Police in New York Saturday in Times Square as they shot two innocent bystanders in their attempt to sharp shoot a crazy person.  Good people with guns hurt good people not with guns. Even steven!

What more can we do or say in this country when it comes to dealing with the issue of gun violence. The article cites the Author of the book I just finished who lays out a perfectly reasonable explanation of what needs to be done with regards to this issue.

Colorado  managed to make change but then it as always proverbially bit those who led the change on the ass.   I wonder if Pat Robertson will say that is why the Colorado River overflowed, God was punishing the gun lovers or the haters.  Well it happened in liberal Boulder so God must be a conservative.

And let us not forget Missouri or Montana who have both attempted to bypass any federal gun laws.

Funny I could shoot the maniac who drugged and assaulted me and go free.  Options, always looking for them.  And the debate here is just beginning. Maybe we should have a duel?


In Gun Debate, Divide Grows as Both Sides Dig In for Battle

The weeks after a gunman killed 20 schoolchildren in Newtown, Conn., were characterized by a new optimism about a goal that had seemed elusive for almost a decade: tougher gun laws. The shooting was called on more than one occasion “a game changer.”

In the nine months since, although supporters of stricter legislation have won some victories, those high hopes have been tempered by a series of losses, most notably in April when the Senate defeated several measures to strengthen gun restrictions and then last week in Colorado, where two state senators who had backed stronger gun laws lost recall elections.

The greatest successes of gun control supporters came in the form of sweeping new laws in a handful of Democratic-led states, including Maryland and New York, as well as in politically mixed Colorado. But more than two dozen states, most of them controlled by Republicans, moved in the opposite direction, broadly expanding the rights of gun owners.

Now those on both sides in the debate are raising money, developing new strategies and turning their focus to potential battles in at least half a dozen states.

“What happened in Colorado was a very powerful reminder to elected officials that voters still count,” said Andrew Arulanandam, a spokesman for the National Rifle Association.

But Mark Glaze, the executive director of Mayors Against Illegal Guns, the group founded by Mayor Michael R. Bloomberg of New York, said that the recall election, with its low turnout, was not a true test of what Colorado voters wanted and that his group was moving forward.

“Our plans are full speed ahead,” he said. Both the N.R.A. and Mr. Bloomberg poured money into the Colorado election.

Mr. Glaze and other supporters of tougher gun laws pointed to states like Minnesota, New Mexico and Oregon as places for potential campaigns to pass bills requiring background checks for private gun sales or other firearms legislation. Gun bills in those states came close to passing this year.

And in Maine and Washington, gun control supporters intend to push ballot initiatives, going directly to voters and bypassing elected officials, who they say are vulnerable to pressure from the gun lobby.

“After Newtown, there couldn’t have been a more powerful moment to get this done,” said Ethan Strimling, a former state legislator in Maine and a leader in discussions there about putting a background check initiative on the ballot as early as next year.

“And when you can’t get it done through our elected officials under that kind of emotion because of the N.R.A., you have no choice but to go directly to the people,” Mr. Strimling said.

Gun rights groups, in turn, are mounting initiatives of their own. In Washington State, where gun control supporters have already collected 225,000 of the more than 244,000 signatures needed for a ballot initiative on requiring background checks for private gun sales, their opponents have begun their own, dueling initiative, which would prevent the state from requiring background checks that are more restrictive than federal standards.

Gun rights supporters in other states are also focusing on legislators. In Nevada, for instance, a recall campaign has already begun against State Senator Justin Jones, a Democrat who led the successful passage in June of a bill to strengthen background checks. Gov. Brian Sandoval, a Republican, vetoed the bill.

In the decade before the Newtown shooting, state after state had gradually extended the rights of gun owners. But the push for new legislation that followed the massacre inspired a new burst of energy on the other side.

Angered by talk of a renewed assault weapons ban and fearful of increased government oversight, opponents of tighter restrictions increased their efforts.

Ammunition and semiautomatic rifles flew off the shelves of gun stores. Second Amendment groups welcomed a flurry of new members. Dave Trahan, the executive director of the Sportsman’s Alliance of Maine, said the group’s membership had grown 120 percent over the last year, gaining 70 to 100 new members each month. The alliance, he pledged, would fight any attempt to place an initiative for background checks on the state ballot.

But even some staunch supporters of gun rights concede that advocates of stronger legislation have won some striking victories.

“I think the Bloomberg side made very significant progress in some states,” said Dave Kopel, a lawyer and the Second Amendment project director at the Independence Institute, a research group.

“When you look at the state scoreboard,” Mr. Kopel said, “they’re roughly in a position of parity this year, which is doing well for them.”

Since the Newtown shooting, robust background check laws or packages of gun legislation were enacted in four states with Democrat-controlled governments — Connecticut, Delaware, Maryland and New York — as well as in Colorado, the site of two mass shootings, in Aurora in 2012 and in Columbine in 1999.

Others states, including Alabama, South Carolina, Texas and Utah, enacted far more modest legislation to strengthen restrictions on the possession of guns by people with mental illnesses or those involved in domestic violence cases.

Supporters of tightening firearm restrictions also count as a victory the confirmation in July of B. Todd Jones as director of the Bureau of Alcohol, Tobacco, Firearms and Explosives, an agency that had been leaderless for six years. And they argue that the tide of new laws weakening existing gun laws has been slowed in the aftermath of the shooting in Newtown.

“The absence of things is also a positive,” said Dan Gross, the president of the Brady Campaign to Prevent Gun Violence.

Yet gun rights groups have continued to make inroads in many Republican-controlled states. Indiana, Kansas, North Carolina and about two dozen other states passed measures this year allowing people to legally carry guns in churches, elementary schools and casinos, on college campuses and at other venues; made state records of concealed carry permits confidential; expanded self-defense statutes; or otherwise increased gun owners’ rights.

And although Missouri lawmakers last week failed to overturn a veto by Gov. Jay Nixon of a bill that would have prevented the enforcement of federal gun laws in the state, a modified nullification law was enacted in Kansas. Gun rights groups in other states are pushing for similar statutes.

Zach Silk, campaign manager for the Washington Alliance for Gun Responsibility, a group fighting for tighter firearms restrictions, said the idea for a ballot initiative emerged after a universal background check bill failed in the State Legislature.

“There is no question that this is new territory,” he said, adding that in states that allow such ballot initiatives, they have often been used to focus attention on issues, like same-sex marriage, that lawmakers failed to address.

“It’s popular, it’s effective, and it will allow us to have a conversation directly with voters, rather than having to deal with legislators,” he said.

Nick Hanauer, a Seattle venture capitalist who contributed to the Colorado effort to defeat the recall, has said he will help bankroll the initiative. Once the necessary signatures are obtained, the initiative would go to the Legislature, which could either enact it or pass it on for next year’s ballot.

But the proposed initiative is already meeting resistance, in a state that includes both liberal cities like Seattle and rural areas strongly defensive of gun rights.

Dave Workman, communications director for the Citizens Committee for the Right to Keep and Bear Arms, said gun owners feared that the background check initiative could lead to “a de facto gun registry.”

“There are two reasons you want to register all the guns in a community: either to tax them or ultimately to take them,” he said.

The bitter conflicts of the last months have, if nothing else, made clear how passionately the debate stirs Americans on both sides.

Tom Diaz, the author of “The Last Gun” and a longtime advocate of stricter gun laws, said he thought the depth of that passion among gun owners had often been underestimated by “an elitist movement with good intentions.” Ultimately, he said, stronger gun laws will come not from Washington or New York but from ordinary people who decide it is time to make changes.

“I think that in the long term, the nation is going to reject this unbridled kind of gun culture,” Mr. Diaz said. “But I think it’s going to take a long time. Colorado is a true test for those actually in the trenches, but it might also be a wake-up call — nothing is easy, and pouring money in from Bloomberg is not a magic solution.”
Posted by Unknown at 5:22:00 PM