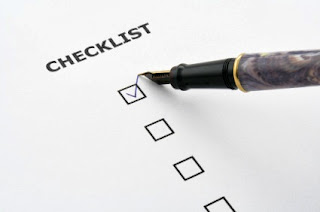 As the date of doom, as we have been repeatedly told, approaches for the scourge that is Obamacare, the reality of the situation is one still of great confusion for the people it is supposedly most to benefit - the general public aka the consumers.

What is occurring is of course consolidation or monopolization of health care providers, from hospitals to practices and the problems with lack of available primary care providers in rural areas that may not be able to serve all the clients effectively. And we have the real situation as described below - fewer choices overall.

I have long warned that with this many who are entering the health care market will be in the lower economic range and the kinds of insurance we the "poors" will be able to afford, even with subsidies, means walk in clinics and public hospital facilities that are already overflowing with the poors, trauma and other issues that are used to supplement the community - from temporary jails to mental health facilities. I shudder to think about the dumping ground that is Harborview in Seattle and Highline to the south. They already have horrendous reputations and I don't see it improving as a result.

That said health care costs are coming down and that is in response to the biggest factor in the free market - demand. This article discusses this and what that may mean in the longer bigger picture, or not\

And we have more employers opting to use the exchanges as ways to reduce costs and pass more onto the employee. Another article discusses that trend and where that future may head. Including actually offering health care management as GE is looking to do.

Choice is the key to the free market, but that concept has long left us in many fields.


WASHINGTON — Federal officials often say that health insurance will cost consumers less than expected under President Obama’s health care law. But they rarely mention one big reason: many insurers are significantly limiting the choices of doctors and hospitals available to consumers.

From California to Illinois to New Hampshire, and in many states in between, insurers are driving down premiums by restricting the number of providers who will treat patients in their new health plans.

When insurance marketplaces open on Oct. 1, most of those shopping for coverage will be low- and moderate-income people for whom price is paramount. To hold down costs, insurers say, they have created smaller networks of doctors and hospitals than are typically found in commercial insurance. And those health care providers will, in many cases, be paid less than what they have been receiving from commercial insurers.

Some consumer advocates and health care providers are increasingly concerned. Decades of experience with Medicaid, the program for low-income people, show that having an insurance card does not guarantee access to specialists or other providers.

Consumers should be prepared for “much tighter, narrower networks” of doctors and hospitals, said Adam M. Linker, a health policy analyst at the North Carolina Justice Center, a statewide advocacy group.

“That can be positive for consumers if it holds down premiums and drives people to higher-quality providers,” Mr. Linker said. “But there is also a risk because, under some health plans, consumers can end up with astronomical costs if they go to providers outside the network.”

Insurers say that with a smaller array of doctors and hospitals, they can offer lower-cost policies and have more control over the quality of health care providers. They also say that having insurance with a limited network of providers is better than having no coverage at all.

Cigna illustrates the strategy of many insurers. It intends to participate next year in the insurance marketplaces, or exchanges, in Arizona, Colorado, Florida, Tennessee and Texas.

“The networks will be narrower than the networks typically offered to large groups of employees in the commercial market,” said Joseph Mondy, a spokesman for Cigna.

The current concerns echo some of the criticism that sank the Clinton administration’s plan for universal coverage in 1993-94. Republicans said the Clinton proposals threatened to limit patients’ options, their access to care and their choice of doctors.

At the same time, House Republicans are continuing to attack the new health law and are threatening to hold up a spending bill unless money is taken away from the health care program.

In a new study, the Health Research Institute of PricewaterhouseCoopers, the consulting company, says that “insurers passed over major medical centers” when selecting providers in California, Illinois, Indiana, Kentucky and Tennessee, among other states.

“Doing so enables health plans to offer lower premiums,” the study said. “But the use of narrow networks may also lead to higher out-of-pocket expenses, especially if a patient has a complex medical problem that’s being treated at a hospital that has been excluded from their health plan.”

In California, the statewide Blue Shield plan has developed a network specifically for consumers shopping in the insurance exchange.

Mr. Davila said the new network did not include the five medical centers of the University of California or the Cedars-Sinai Medical Center near Beverly Hills.

“We expect to have the broadest and deepest network of any plan in California,” Mr. Davila said. “But not many folks who are uninsured or near the poverty line live in wealthy communities like Beverly Hills.”

Daniel R. Hawkins Jr., a senior vice president of the National Association of Community Health Centers, which represents 9,000 clinics around the country, said: “We serve the very population that will gain coverage — low-income, working class uninsured people. But insurers have shown little interest in including us in their provider networks.”

Dr. Bruce Siegel, the president of America’s Essential Hospitals, formerly known as the National Association of Public Hospitals and Health Systems, said insurers were telling his members: “We don’t want you in our network. We are worried about having your patients, who are sick and have complicated conditions.”

In some cases, Dr. Siegel said, “health plans will cover only selected services at our hospitals, like trauma care, or they offer rock-bottom payment rates.”

In New Hampshire, Anthem Blue Cross and Blue Shield, a unit of WellPoint, one of the nation’s largest insurers, has touched off a furor by excluding 10 of the state’s 26 hospitals from the health plans that it will sell through the insurance exchange.

Christopher R. Dugan, a spokesman for Anthem, said that premiums for this “select provider network” were about 25 percent lower than they would have been for a product using a broad network of doctors and hospitals.

Anthem is the only commercial carrier offering health plans in the New Hampshire exchange.

Peter L. Gosline, the chief executive of Monadnock Community Hospital in Peterborough, N.H., said his hospital had been excluded from the network without any discussions or negotiations.

“Many consumers will have to drive 30 minutes to an hour to reach other doctors and hospitals,” Mr. Gosline said. “It’s very inconvenient for patients, and at times it’s a hardship.”

State Senator Andy Sanborn, a Republican who is chairman of the Senate Commerce Committee, said, “The people of New Hampshire are really upset about this.”

Many physician groups in New Hampshire are owned by hospitals, so when an insurer excludes a hospital from its network, it often excludes the doctors as well.

David Sandor, a vice president of the Health Care Service Corporation, which offers Blue Cross and Blue Shield plans in Illinois, Montana, New Mexico, Oklahoma and Texas, said: “In the health insurance exchange, most individuals will be making choices based on costs. Our exchange products will have smaller provider networks that cost less than bigger plans with a larger selection of doctors and hospitals.”

Premiums will vary across the country, but federal officials said that consumers in many states would be able to buy insurance on the exchange for less than $300 a month — and less than $100 a month per person after taking account of federal subsidies.

Many insurers are cutting costs by slicing doctors’ fees.

Dr. Barbara L. McAneny, a cancer specialist in Albuquerque, said that insurers in the New Mexico exchange were generally paying doctors at Medicare levels, which she said were “often below our cost of doing business, and definitely below commercial rates.”

Outsiders might expect insurance companies to expand their networks to treat additional patients next year. But many insurers see advantages in narrow networks, saying they can steer patients to less expensive doctors and hospitals that provide high-quality care.

Even though insurers will be forbidden to discriminate against people with pre-existing conditions, they could subtly discourage the enrollment of sicker patients by limiting the size of their provider networks.

“If a health plan has a narrow network that excludes many doctors, that may shoo away patients with expensive pre-existing conditions who have established relationships with doctors,” said Mark E. Rust, the chairman of the national health care practice at Barnes & Thornburg, a law firm. “Some insurers do not want those patients who, for medical reasons, require a broad network of providers.”