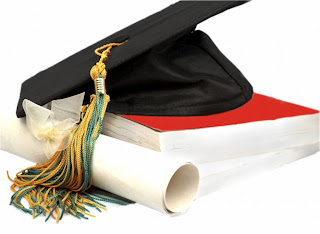 The other large industrial complex next to the Legal and Medical is the Educational one and in fact they are the entire reason that the other two are beyond control.

President Obama has come up with an "idea" to reduce College costs, and that will go the way of pre school, green energy, the living wage and health care for all, in other words nowhere.  In our kick the can, histrionic my way the red vs the blue way, tea or coffee political arena, we do nothing but talk. I have lost count over the national discussions of late.  We had gun control, immigration reform, minimum wage rise, food stamps vs agricultural bailouts, sequestration, NSA, and a bunch of other stuff that I cannot recall or care about anymore.

So with the idea that College's must be more responsible and in turn transparent and cheaper we have a lot of ideas and a lot of hyperbole that will go on a private jet to a College bowl game and sit in a private box, that is where it is going.

David Leonhardt wrote a recent blog post decrying the concept of rising College costs but I am afraid he is drinking from the same kool aid  cup that Andrew Ross Sorkin does when they decide that they know a lot about the rich but the middle class not so much.  I can't be certain if they are that oblivious or simply afraid to bite the hands that feed?  I do believe these Gentlemen are just that and getting one's shirt sleeves and french cuffs dirty are not their skill set. They are not unintelligent just unwilling to to actually speak to real people living on real wages.

And then we have the Vulture Capitalists paying Ivy League students (natch) to NOT go to College and instead come up with some absurd dot/app/bomb, my favorite so far the coffee spray, why drink it when you can just absorb it, in lieu of finishing their degree. What this really does it enables the progeny of the elite to gain further experience, contacts and distance from those who they should be learning to live and work and in turn build jobs, businesses and community.  But on a positive note it frees up a spot perhaps for a real student who would benefit from the Education.  Not that it matters as once these darlings get burned in the valley of the tears they can easily resume their education without any delay.

The focus of STEM should just be T because there is no Science education anyone is engaging in.  This op-ed piece in the NYT I think adequately discusses the failure to attract the new generation Carl Sagan who spoke of billions of stars not as in the dollars behind some absurd crowd sourcing, lunch generating, coffee spraying app.

Education should be like the Medical care we don't get - affordable.  We should have an educated population regardless of their job pursuits and there should be living wages regardless of one's education pursuits.  They are separate but equal issues.  We seem to forget that many of us like being Indians and not all of us our cut out to be Chiefs but that doesn't mean we should be stupid.


A draft of the proposal, obtained by The New York Times and likely to cause some consternation among colleges, shows a plan to rate colleges before the 2015 school year based on measures like tuition, graduation rates, debt and earnings of graduates, and the percentage of lower-income students who attend. The ratings would compare colleges against their peer institutions. If the plan can win Congressional approval, the idea is to base federal financial aid to students attending the colleges partly on those rankings.

“All the things we’re measuring are important for students choosing a college,” a senior administration official said. “It’s important to us that colleges offer good value for their tuition dollars, and that higher education offer families a degree of security so students aren’t left with debt they can’t pay back.”

Mr. Obama hopes that starting in 2018, the ratings would be tied to financial aid, so that students at highly rated colleges might get larger federal grants and more affordable loans. But that would require new legislation.

“I think there is bipartisan support for some of these ideas, as we’ve seen in states where the governors have been working on them,” said the administration official, who spoke on condition of anonymity in order to disclose information not yet made public.

Ohio, Tennessee and Indiana have made moves toward linking aid to educational outcomes. But in the divisive Congressional atmosphere, it is not clear how much backing there would be for such proposals.

In February, the administration introduced an online college scorecard, making public some of the information to be included in the ratings, to help families evaluate different colleges. Graduates’ earnings, however, will be a new data point, and one that experts say is especially tricky to make meaningful.

“There are all kinds of issues, like deciding how far down the road you are looking, and which institutions are comparable,” said Terry W. Hartle, senior vice president of the American Council on Education, a group representing colleges and universities. “Ultimately, the concern is that the Department of Education will develop a formula and impose it without adequate consultation, and that’s what drives campus administrators nuts.”

Almost all of the federal government’s $150 billion in annual student aid is distributed based on the number of students a college enrolls, regardless of how many graduate or how much debt they incur. Under the new proposal, students could still attend whatever college they chose, public or private, but taxpayer support would shift to higher-ranked schools.

With rising tuition and declining state financing, students and families are assuming a growing share of college costs. Tuition revenues now make up about half of public university revenues, up from a quarter 25 years ago. And with colleges facing larger pensions, health care and technology costs, the pressure to keep raising tuition is intense.

The average borrower now graduates with more than $26,000 of debt. Loan default rates are rising, and only about half of those who start college graduate within six years.

Mr. Obama has focused on these concerns for some time, exhorting colleges and universities, and state legislators, to make higher education more affordable.


In his 2012 State of the Union address, he said he was putting colleges on notice that if tuition did not stop rising faster than inflation, financing from taxpayers would drop. And in this year’s State of the Union speech, he urged Congress to consider affordability and value in awarding federal aid, and followed up with a policy plan recommending that those measures be incorporated into the accreditation system.

Mr. Obama’s proposal urges colleges to experiment with approaches that reduce costs. The plan mentions so-called competency-based degrees, in which college credits are based not on the hours students spend in classrooms, but on how much they can show they know.

Another approach mentioned in the plan is online education through what have become known as “massive open online courses,” or MOOCs, which are mostly free. Mr. Obama also urged consideration of three-year degree programs and dual enrollment programs in which high school students can begin to earn college credits.

“This isn’t something that’s going to be fully driven by the federal government, but the president can tell colleges that there’s people out there doing good things, you should look at them, try them and try to do better — and here’s where we can help,” the official said.

There is some money available for such efforts, including $500 million for community colleges, and the administration is seeking more. So far, though, it has failed to persuade Congress to pay for Race to the Top competition for higher education, under which grants would go to those colleges with promising approaches.

With or without more financing, the president plans to offer regulatory waivers to colleges that serve as experimental sites promoting high-quality, low-cost innovations in higher education, especially those that make it possible for students to get financial aid based on how much they learn, rather than how much time they spend in class. He also wants to let colleges offer Pell Grants, federal aid based on need, to high school students taking college courses.

In a letter to supporters this week, Mr. Obama said that tinkering around the edges would not be enough, and that the changes he was proposing in his two-state, three-campus tour beginning Thursday, “won’t be popular with everyone — including some who’ve made higher education their business — but it’s past time that more of our colleges work better for the students they exist to serve.”

Mr. Obama is championing his ideas on a two-day bus tour, at town hall-style meetings on college campuses across upstate New York and Pennsylvania.

In the proposal, the president plans to change aid practices to make sure those receiving financial aid are moving toward a degree by, among other things, stretching out the disbursement of Pell Grant money over the semester, rather than giving it out in a lump sum at the start. While “satisfactory academic progress” is required by the current law, it is left to each institution to define such progress, and students who fail out of one college can simply transfer to another and receive more aid.

“That doesn’t make sense,” said Sandra Baum, an economist who is a senior fellow at the George Washington University Graduate School of Education and Human Development. “Students need a structure that will help them make progress.”

Mr. Obama would also like to expand his existing pay-as-you-earn program for student borrowers so that borrowers could cap their payments at 10 percent of their discretionary monthly income. That expansion would require Congressional approval.

But even without it, the administration next year will direct the Education Department to call all debtors behind in their payments to make sure they understand repayment options.
Posted by Unknown at 7:41:00 PM