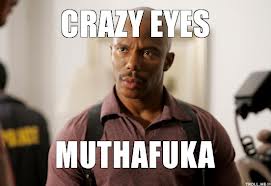 I read this today and to say my head imploded would be redundant. Once again as we move forward to the nation being enforced to have heath care while the providers and insurers go without oversight or regulation, this story serves as another warning that we are not just Patients we are Victims to an industry so corrupt and profit oriented that I am beginning to think Banks are less dangerous. They don't kill people.

CHICAGO — ON Oct. 16, 2002, at 4 p.m., I walked out of my apartment in Secunderabad, India, leaving the door wide open, the lights on and my laptop humming. I don’t remember doing this. I know I did it because the building’s night watchman saw me leave. I woke up the next day in a train station four miles away, with no idea who I was or why I was in India. A policeman found me, and I ended up strapped down, hallucinating in a mental hospital for three days. e cause of this incident was drugs. And these drugs had been recommended to me by the Centers for Disease Control and Prevention.

I had been prescribed mefloquine hydrochloride, brand name Lariam, to protect myself from malaria while I was in India on a Fulbright fellowship.

Since Lariam was approved in 1989, it has been clear that a small number of people who take it develop psychiatric symptoms like amnesia, hallucinations, aggression and paranoia, or neurological problems like the loss of balance, dizziness or ringing in the ears. F. Hoffmann LaRoche, the pharmaceutical company that marketed the drug, said only about 1 in 10,000 people were estimated to experience the worst side effects. But in 2001, a randomized double-blind study done in the Netherlands was published, showing that 67 percent of people who took the drug experienced one or more adverse effects, and 6 percent had side effects so severe they required medical attention.

Last week, the Food and Drug Administration finally acknowledged the severity of the neurological and psychiatric side effects and required that mefloquine’s label carry a “black box” warning of them. But this is too little, too late.

There are countless horror stories about the drug’s effects. One example: in 1999, an Ohio man, back from a safari in Zimbabwe, went down to the basement for a gallon of milk and instead put a shotgun to his head and pulled the trigger. Another: in Somalia in 1993, a Canadian soldier beat a Somali prisoner to death and then attempted suicide. “Psycho Tuesday” was the name his regiment had given to the day of the week they took their Lariam.

Lariam is no longer sold under its brand name in the United States, and our military finally caved in to pressure and stopped prescribing it to the majority of its soldiers in 2009. But some are still getting it; lawyers for Staff Sgt. Robert Bales, who has pleaded guilty to killing 16 Afghan civilians in 2012, said he had taken the drug. And the generic version is still the third most prescribed anti-malaria drug here, with about 120,000 prescriptions written in the first half of this year.

Make no mistake: mefloquine does a good job protecting against malaria (and unlike some other anti-malaria drugs, it can be used during pregnancy and has to be taken only weekly). It just works at a significant risk, the full extent of which we’re still discovering.

The new F.D.A. warning advises people taking mefloquine to call their doctor’s office if they experience side effects. Fine advice, except that by the time most people — business travelers, Peace Corps volunteers, students studying abroad — start to notice the side effects, they are thousands of miles away, frequently out of cellphone service.

Most worrying of all, the announcement notes that the drug’s neurological side effects — dizziness, loss of balance or ringing in the ears — may last for years, or even become permanent. I suspect that it’s only a matter of time before that black box tells us that the psychiatric effects may become permanent too.

More than a decade has passed since my last dose of Lariam, and I still experience depression, panic attacks, insomnia and anxiety that were never a part of my life before.

We have a generation of soldiers and travelers with this drug ticking away in their systems. In June of last year, Remington Nevin, a former Army preventive medicine officer and epidemiologist, testified in front of a Senate subcommittee that he was afraid that Lariam “may become the ‘Agent Orange’ of our generation, a toxic legacy that affects our troops and our veterans.”

Science is a journey, but commerce turns it into a destination. Science works by making mistakes and building off those mistakes to make new mistakes and new discoveries. Commerce hates mistakes; mistakes involve liability. A new miracle drug is found and heralded and defended until it destroys enough lives to make it economically inconvenient to those who created it.

Lariam is a drug whose side effects impair the user’s ability to report those side effects (being able to accurately identify feelings of confusion means that you probably aren’t that confused). The side effects leave no visible scars, no objective damage. But if Lariam were a car, if psychological or neurological side effects were as visible as broken bones, it would have been pulled from the market years ago.

It’s a prescription I wish I had left unfilled.