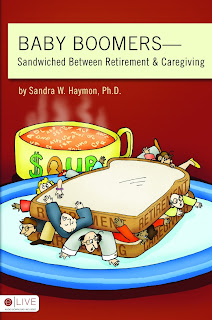 As in die already. Another discouraging article with the same song and tune about the problems Boomers are facing in the dwindling to non-existent job market.

The cover page this morning discussed the current "trend" in Education, particularly among charter schools hiring young kids barely out of College to both Teach and Administer schools.  A fine read that had me laughing my ass off.  As I don't like to blog about the field of which I am currently employed, I provide the link and suggest reading the over 500 comments, few positive about this subject.  Anyone who thinks feedback consists of reminding people the procedure to clap/cheer needs to go to school a little longer. They referred to as a Youth Cult. I have to agree that chanting bit seems to confirm it, it is one step from tattoos and piercings. Oh wait.

And in my ever pursuit of subjects for my tome, Conversations with Idiots, I had another one today with a young woman who apparently was a Teacher in Grad School and had once worked at Amazon. Okay I didn't ask too many questions as she was barely 30 and I found it all so ludicrous and stilted as most conversations with idiots are these days, I went back to reading my paper.  She also had the New York Times, which is what inspired me to ask if she read it daily and of course no. Again I should have considered that a warning and moved along but I mentioned the article on the front page about the Amazon complex being built here and its concept of a bubble and the irony of it all.  She at first thought it meant each worker was literally working in bubbles vs cubicles and yes this person "taught" grad school.  See what I mean about why the  Gen XYMYMYMY cohort are utter idiots.   Cognitive and critical thinking skills were replaced by a sense of testing well and in turn believing a score measured intellect.  Okay then.

I really need to move to cave with cable immediately.  And then I read this article as my coffee companion tried to convince me that age doesn't mean anything and that I would agree but there is something to be said about experience and allowing time to learn a trade and a craft and excel, dumping jobs and careers like cell phones is not building any skill set other than creating garbage.  I could see a familiar facial expression in many of the young to whom I speak, a combination of utter horror, confusion and disdain.  It is why I put all my energy into the next generation, I believe they will be the ones to resolve this.

What was laughable was that even the old buy into the nonsense that it is the number of followers, friends, Linkedin connections and other extraneous factors that matter it also shows that it is utterly meaningless when it comes to actually "knowing" and "getting" referrals and work.   Watch them line up for tatts and piercings next.

If our brains do atrophy with age what does that mean for Warren Buffet, age 80, the richest man in the Country who is described by his Partner as one who "thinks a lot".   I guess when you have more zeroes after you bank deposit slip the less age, gender or color matter when it comes to the supposed decline in skills.

So I reprint the article below and there is nothing new here other than along with the homeless and mentally ill it is only a matter of days before they ship us off to the new version of an Indian reservation. They were once called Concentration Camps or Internment Camps, just semantics really.


(this is a two year old report)


Set Back by Recession, and Shut Out of Rebound

RIDGEWOOD, N.J. — In September 2012, it appeared that the world was John Fugazzie’s frozen oyster. He was in charge of dairy and frozen foods for the A.&P. supermarket chain, making $125,000 a year.

He was also a guest that month at a White House forum on joblessness, in recognition of his work creating Neighbors-helping-Neighbors U.S.A., a volunteer networking organization with 28 chapters in New Jersey serving 1,200 unemployed, mainly white-collar, baby boomers. “John has one of the best volunteer organizations out there,” said Ben Seigel, a deputy director at the Labor Department. “He’s tireless and always upbeat.”

Lately Mr. Fugazzie has been feeling a little weary and beat down. One morning last October, just before his 57th birthday, he was laid off and, carrying a box of belongings from his office, driven home in a car service hired by the company. In the 10 months since, he has applied for more than 400 positions and had 10 interviews, but still has no job.

He and his family are living in his 88-year-old mother’s home, and last month he awoke at 4:30 a.m., sweating profusely, in the midst of a heart attack.

As happens to many Americans, when he lost his job, he lost his health insurance. He now owes $171,569.44 for the six nights he spent at the hospital.

And so on the evening of Aug. 15, at a meeting of the job club he himself started here two years ago, he told the others he was just like them. “I need a job,” he said. “I need to make money now.”

Most of the 15 men and women meeting at the library in this prosperous suburb were middle-aged or older, people who had worked all their lives, but lost jobs in the recession and its aftermath and have not been able to get back to where they were. Many of them worry that they never will, in part because of discrimination by employers against older workers.

On the statistical surface, boomers seem better off than other age groups. According to the Bureau of Labor Statistics, the unemployment rate for workers 55 to 64 (the category that best matches boomers, who range from 48 to 67) was 5.4 percent in July, compared with 7.4 percent for the general population.

But almost every other number from the bureau makes it clear that while the economy may be improving, a substantial number of older workers who lost jobs — even those lucky enough to be re-employed — are still suffering. Two-thirds in that age group who found work again are making less than they did in their previous job; their median salary loss is 18 percent compared with a 6.7 percent drop for 20- to 24-year-olds.

Nor are those who believe age discrimination was a factor likely to have much luck in court. In 2009, just as the economy was hitting rock-bottom, the Supreme Court issued a ruling that toughened the standard for proving bias.

“It’s easier for younger workers to bounce back,” says Mr. Seigel of the Labor Department. “They don’t have many financial obligations. Older workers are supporting families; they may be supporting parents. They can’t afford to spend two years going back for a degree to retrain.”

At the Aug. 15 meeting, Barbara Braun, who worked as a marketing director for a pharmaceutical company, said she wasn’t able to relocate to California when the company moved. “I have a mother with Alzheimer’s, I think it would have killed her,” she said. “Our lives are full of complications we didn’t have at 35.”

They have no doubt that their age is held against them, yet work to keep hopeful. When a woman suggested shaving a decade off her résumé and not posting a photo on networking and job search sites to hide her age, Mr. Fugazzie advised against it. “When you go to the interview, you’re going to look like who you are,” he said. “To waste time hiding it when you’re only going to lose at the other end makes no sense. If they don’t want someone your age, you don’t want them.”

What he does recommend is lowering expectations. “You’re not likely to be the department head,” he said, “so sell yourself as a team player who will work with younger people and help train them.”

Since the Supreme Court ruling, most lawyers won’t even take age discrimination cases. In an effort to change that, a bill has been filed in the Senate each of the past several years, aimed at making it easier to bring a discrimination lawsuit.

The latest legislation has rare bipartisan support; Senator Tom Harkin, Democrat of Iowa, and Senator Charles E. Grassley, Republican of Iowa, are co-sponsors. “Older Americans have immense value to our society and our economy,” Mr. Grassley said in a recent news release. “They deserve the protections Congress originally intended.”

In the last Congress, along with the Democratic majority in the Senate, six Republicans backed the legislation, although two, both moderates, Olympia J. Snowe of Maine and Scott P. Brown of Massachusetts, are no longer in the Senate. Cristina Martin-Firvida, a legislative specialist at AARP, says the bill has the votes to pass the Senate, but to have a chance at becoming law, more Republican senators would need to get behind it, which might then persuade the Republicans who control the House to take up the measure.

She described a friend who is dressed in business attire by 4 a.m. Mondays, so she’ll be ready the moment an opportunity is posted online. If the firm wants to do a Skype interview, said Ms. Clements, her friend is dressed for Skyping. “By Tuesday they’ll have 1,000 résumés and the window will be closed.”

“It’s like Wayne Gretzky says,” Ms. Braun told them: “You have to skate to where the puck will be.”

They discussed the importance of following up any contact with thank-you e-mails and handing out lots of business cards, though it’s tricky to identify yourself when you have no job. “Be careful of the title you give yourself — you don’t want to sound dated,” said Ms. Braun, whose business card reads, “Barbara J. Braun, principal, BarbaraJBraun LLC, Connect Goals to Extraordinary Outcomes.”

Several mentioned the importance of LinkedIn, the business networking site.

“You have to have at least 500 contacts,” said Lisa Sepetjian, who has been an accounts manager for banks and small-business lenders. “Any less shows you don’t care; you’re not in the game.”

Ms. Braun described how she was able to go from 50 LinkedIn contacts to 500 in just a week.

“I don’t want to know 500 people,” Ms. Sepetjian said. “But I want people to know I’m not some baby boomer sitting at home eating bonbons.”

At 8:50 p.m., when a librarian announced that it was closing time, many were still networking. Afterward, eight handed me their business cards and several sent follow-up e-mails thanking me for coming.

By 10:30 p.m., even before I got home, the first of 10 follow-up e-mails had arrived from Mr. Fugazzie. Attached were testimonials from five people; copies of four certificates of commendation for Neighbors-helping-Neighbors; and a letter of commendation to the group from the New Jersey governor, Chris Christie, that began “Dear Friends.”

Also attached was an invitation to a May 16, 2013, meeting at the White House to discuss long-term unemployment, which Mr. Fugazzie hadn’t been able to attend. “I really wanted to go,” he said. “I could have made some important contacts, but my youngest son, Tyler, was graduating from the College of New Jersey on the same day and how could I miss that?”