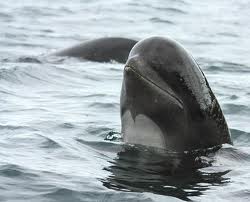 In the sequel to Moby Dick, the whale survives and like the shark in Jaws comes back to really bite you on the ass.

The latest news from the pod is that Jamie Moby Dick Dimon has been erroneously putting many credit cards into collections. Shocking given their history with mortgage foreclosures, I know.

I have been busy looking into what is Default Judgment and the exceedingly large growth industry of the hedge funded collection agencies as they work their magic with regards to debt collection.

As I have well written about and have others, the debt collection industry is a growing one and while there are strict federal and state rules governing collection procedures, they much like their parent companies have long looked to finding loopholes and other gaping holes in the law.  And like any lawman of the wild west, they will go to any length to get their man/woman/debtholder.

And so while it seems to be of some import, one accepts that there are SOME people who like draft dodgers of the past are credit one's.  Their defaults, frauds and other deceptions have added costs onto our credit costs and they should be prosecuted and pursued within the law.  No what that real number is and % of debt holders they are in relation to the millions of credit holders, I have no idea but I doubt it is higher than 10% of the billions currently in the credit industry.

What does happen is that sadly most of these collection agencies are staffed by the same people who often staff your municipal, state or federal government agencies and departments. Meaning morons. They are lowly paid people who for whatever reason got this desk job over the hideous one at WalMart.  I don't know who those people are in the WalMart commercials but one read of the WalMart complaint department at Gawker could tell you they don't exist.

So in their quest to keep a roof over their head they do a hideous job that has not yet been outsourced to India.  I suspect they will be doing so soon as they are trying to get out of that garment industry (those damn buildings), so maybe it will be back here and we can swap jobs.  This is just basically a phone solicitation call as they call those people whom banks and other credit issuing agencies tell them to.  They give them very little to no information and in fact rarely verify or ensure that they are contacting the right person, that there is a contract or signed authorization or agreement to the debt in question.

And there are also two kind of debt collection - ones who are simply the agent of collection, they do all the dirty work- calling notifying and harassing the debtor - and the others are the owners of the debt. They actually buy the debt from the provider on cents on the dollar and in turn do whatever they need to collect the debt. This could include negotiation or what is commonly done - default judgment.

This process is highly interesting as it has more holes than a cashmere sweater post moth season.  The agency files a motion for summary or default judgment.  In 90% of the times the mailings appear as junk so are tossed and you don't realize that you have been "served."  When the allotted time frame for an "answer' aka a response to the suit passes, the creditor or individual can file the motion for default to the court asking for compensation in a specific amount.  You have no idea that this has been filed and if a hearing was scheduled where and when to attend and then suddenly an official document arrives informing you that you have been found in default and usually the demand is garnishment in wages or your first born.

As most people already in default they are rarely if ever informed on what the process is or how to circumvent, answer or in turn ask for help that they can afford.   Googling this does not really work it is not complex but it is time consuming to understand the law and write the briefs/torts needed to respond, file the paperwork properly and then wait the time to hear the response.  And relying on the County clerk's to help you, well see above for that one.

So when I read Matt Taibbi's blog in Rolling Stone discussing the mistakes surrounding  Chase's effort to collect debt, I was shocked! Okay, not really.  But the banking industry has a history of this so why would it be any different.  Too big to fail, to manage and to prosecute.
Posted by Unknown at 5:09:00 PM