The Health of the Nation 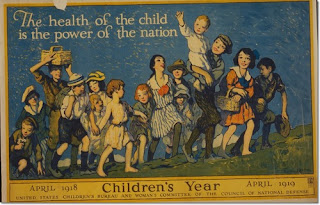 Is now officially on hold.  Today it was announced that the requirement for businesses - not individuals however - to purchase insurance for all employees once the threshold of 50 was reached is postponed.  Postponed for a year conveniently in time for the next midterm election and perhaps avoid all those messy ones of a couple of years ago where dollars were thrown at town hall meetings and hysterical elderly people bused in confused that death panels and their medicare was being taken away from them.

Nothing says caring for the health of the nation more than politics.  And undoubtedly the second tier affect will be allowing more time for industry lobbyists to change, water or alter the original bill.

To be frank the shitty care that Obamacare or the ACA offered was hideous.  No vision, no dental. Shit even if my employer, the Seattle Public Schools, offered me a crap policy without those additions I would be pissed and might throw something. Yes, I work for a school district and I have no health care; America  I am one step removed from a day laborer outside Lowe's, just with more Education.

Maybe now the varying sports bodies, such as the NFL and NHL can suit up now and promote the plan without a conflict of interest. Meaning they manage to damage a great deal of their players and provide them health care but you on the other hand, you are on your own. Nah, it is the off season, they need to rest up.

Crucial Rule Is Delayed a Year for Obama’s Health Law

WASHINGTON — In a significant setback for President Obama’s signature domestic initiative, the administration on Tuesday abruptly announced a one-year delay, until 2015, in his health care law’s mandate that larger employers provide coverage for their workers or pay penalties. The decision postpones the effective date beyond next year’s midterm elections.

Employer groups welcomed the news of the concession, which followed complaints from businesses and was posted late in the day on the White House and Treasury Web sites while the president was flying home from Africa. Republicans’ gleeful reactions made clear that they would not cease to make repeal of Obamacare a campaign issue for the third straight election cycle.

While the postponement technically does not affect other central provisions of the law — in particular those establishing health insurance marketplaces in the states, known as exchanges, where uninsured Americans can shop for policies — it threatens to throw into disarray the administration’s effort to put those provisions into effect by Jan. 1.

“I am utterly astounded,” said Sara Rosenbaum, a professor of health law and policy at George Washington University and an advocate of the law. “It boggles the mind. This step could significantly reduce the number of uninsured people who will gain coverage in 2014.”

At the White House, Tara McGuinness, a senior adviser on the law, disputed that.

“Nothing in the new guidance regarding employer reporting and responsibility will limit individuals’ eligibility for premium tax credits to buy insurance through the marketplaces that open on Oct. 1,” she said.

Under the law, most Americans will be required to have insurance in January 2014, or they will be subject to tax penalties. The announcement on Tuesday did not say anything about delaying that requirement or those penalties.

Administration officials sought to put the action in a positive light in the online announcements, and they emphasized that the existing insurance coverage of most Americans would not be affected.

“We have heard concerns about the complexity of the requirements and the need for more time to implement them effectively,” Mark J. Mazur, an assistant Treasury secretary, wrote on the department’s Web site. “We recognize that the vast majority of businesses that will need to do this reporting already provide health insurance to their workers, and we want to make sure it is easy for others to do so.”

The 2010 Affordable Care Act required employers with more than 50 full-time workers to offer them affordable health insurance starting next year or face fines. Some companies with payrolls just above that threshold said they would cut jobs or switch some full-time workers to part-time employment so that they could avoid providing coverage.

Under the provision to set up state-based marketplaces, subsidies are supposed to be available to many lower- and middle-income people who do not have access to coverage from employers or other sources. It may be difficult, however, for officials running the exchanges to know who is entitled to subsidies if employers do not report information on the coverage they provide to workers.

Enrollment in the exchanges is to begin Oct. 1, with insurance coverage taking effect on Jan. 1. “We are on target to open the health insurance marketplace on Oct. 1 where small businesses and ordinary Americans will be able to go to one place to learn about their coverage options and make side-by-side comparisons of each plan’s price and benefits before they make their decision,” Valerie Jarrett, Mr. Obama’s senior adviser and liaison to the business community, wrote on the White House Web site.

But even some supporters of the law dispute that the establishment of the health insurance exchanges is on schedule, especially since progress varies by state and some Republican-led states are resisting the health care law and withholding resources for putting it into effect.

Much of the administration’s public effort, especially at the Department of Health and Human Services, has been directed toward spreading the word to uninsured Americans, especially younger and healthy individuals whose participation is needed to help keep down premiums for everyone else. About 85 percent of Americans are insured, so most individuals will be unaffected, at least initially.

Behind the scenes, however, the administration has been fielding questions and criticisms from businesses about the reporting requirements — especially the Treasury Department, which has responsibility, given its oversight of the tax reporting system.

Employer groups were quick to applaud the delay. At the U.S. Chamber of Commerce, which has strongly opposed the law, Randy Johnson, senior vice president for labor, immigration and employee benefits, said in a statement, “The administration has finally recognized the obvious — employers need more time and clarification of the rules of the road before implementing the employer mandate.”

E. Neil Trautwein, a vice president of the National Retail Federation, said the delay “will provide employers and businesses more time to update their health care coverage without threat of arbitrary punishment.”

Mr. Mazur, the Treasury official, said the delay “will allow us to consider ways to simplify the new reporting requirements consistent with the law.”

“Second,” he added, “it will provide time to adapt health coverage and reporting systems while employers are moving toward making health coverage affordable and accessible for their employees.”

Within the next week, Mr. Mazur said, Treasury will issue official guidance to insurers, self-insuring employers and other parties that provide health coverage. Formal rules will be proposed this summer, he added, but the administration will encourage employers to comply with the law’s reporting provisions in 2014, as originally mandated.

Democrats were all but silent on the news, but a spokesman for Senator Harry Reid of Nevada, the majority leader, released a statement late Tuesday. “Both the administration and Senate Democrats have shown — and continue to show — a willingness to be flexible and work with all interested parties to make sure that implementation of the Affordable Care Act is as beneficial as possible to all involved,” the spokesman, Adam Jentleson, said. “It is better to do this right than fast.”

But Republicans immediately reacted with statements claiming vindication for their efforts to repeal the law altogether.

Senator John Barrasso, Republican of Wyoming, called the administration action “a cynical political ploy to delay the coming train wreck associated with Obamacare until after the 2014 elections.” And Senator Mitch McConnell, the Senate Republican leader, who faces re-election next year in Kentucky, said in a statement, “The fact remains that Obamacare needs to be repealed and replaced with common
Posted by Unknown at 7:25:00 PM