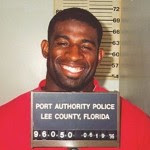 I rolled with laughter when I read this:

The National Football League is not participating in an effort with the Obama administration to help promote enrollment in health insurance plans under the new health care law, a spokesman said. The statement came after two Republican Senate leaders wrote to the heads of six major professional sports organizations, including the N.F.L., expressing concern that they would help encourage people to sign up in the new health insurance programs set to begin next month. Kathleen Sebelius, the secretary for health and human services, has been in talks with various groups to help with enrollment efforts. But the senators, Mitch McConnell of Kentucky and John Cornyn of Texas, warned that doing so might not be a good idea. “Given the divisiveness and persistent unpopularity of the health care law, it is difficult to understand why an organization like yours would risk damaging its inclusive and apolitical brand by lending its name to its promotion,” the senators wrote.

Okay the NFL, home to the most physically disabling sports next to boxing is bowing to pressure by two Senators threats or whatever that was to not do the "Patriotic" thing and assist the current President in promoting a law - one even upheld by the Supreme Court!

The irony, the hubris and frankly hilarity of this makes me relieved.  As Groucho Marx once said: "any club that would have me as a member I would not join."

The NFL currently has a player charged with one murder and being investigated for two others, they have a history of violence among many players, murderers, dog killers, absent baby daddies, rapists and the highest rate of individuals sustaining life damaging illnesses from traumatic brain injury to paralysis.  So I can see endorsing health care and insurance would be a tad ironic if not hypocritical as the NFL has denied the issues surrounding concussions and their role in their rise.

The "culture" of sports and particularly football is not one I embrace. Last year there were more than one story of women being drugged and assaulted by members of teams from high school to colleges. Then we have the strange "catfish" story of the Notre Dame player to add to the already burgeoning file of "la strange" from its legacy of crazy.

So really are we missing out some Tebow message of prayer and forgiveness or some end line dance coming to a PSA near you? No.

I have an endorsement for the NFL - clean up your act. Frankly you also contribute to the excessive costs of cable television for which I pay for unwillingly.  I don't watch a sport that does nothing for the State of America in anyway.  Thanks for the fumble.