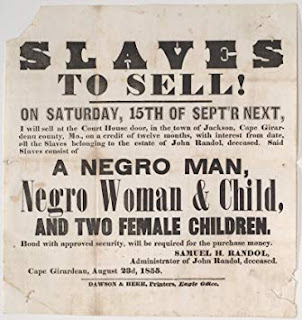 I have long said that Nashville is a home of contradictions, conundrums and outright lies.  I suspect much of that has to do with the Southern oeuvre and belief that falls in line with the concept of hospitality.  The other is that denial is a river called Cumberland and practiced between the walls of the buildings that once dominated the skyline of the shore.  Today those buildings house another type of worship - money.

When I read the below essay in the trash liner we call  The Tennessean I was surprised when I found the author's gender and race and once again it shows that many intelligent faces that belong to the white men here are here.  I have long thought that intelligence here is firmly in the closet where they want to put the Gays and the Blacks and the Liberals or anyone where the article "the" comes first.   I have suspected that most play a bland role like Karl Dean the former Mayor and contender for Governor or his opponent who I did vote for Craig Fitzhugh who is more invisible but no less white than Casper or Phil Bresden who is running for Corker's seat and makes Corker seem like a firebrand for saying 'tough' things about Trump while voting for every single item on the agenda regardless.  Good on ya there Bob!  In fact one commercial for the endless candidates while espousing God, hating Immigrants and loving Trump has a group saying the name of him over and over and mispronouncing it, mixing names and ultimately letting us know he is a white guy all his own!!   The election cycle to say the least here runs to the bizarre to the loathsome and no one defines more loathing than my personal favorite Diane Black followed by Marsha Blackburn and Beth Hartwell, they are some fancy girls.

So today the news is filled with crazy shit and offers that only firmly convince me that he who accuses excuses.  They are sure here that if they practice their faith vigorously that all the other behaviors and attitudes will be forgiven.  Such as the restaurant owner in Mt. Juliet (home of my other favorite fancy girl, Mae Beavers) offering a discount on meals if you provide proof of Church attendance.  Sure I like my eggs over easy and my savings I can put in the Church offering, its a win-win!

This is followed by the rise of the Confederate flag on license plates and as the Confederate Veteran leader explained, its a part of the culture and history of the region in which we should be proud. Sure and owning, beating, killing and raping them however, not a big fan so check my bumper sticker that says that!    See I can contradict myself better than Trump!

The predatory nature I believe that dominates the myth of the Southern Belle is not part of the history books either.  Watch Southern Charm Charleston. From the Mama Doyenne, Patricia, to the Baby Mama, Katherine, you see how women must present themselves and be chased in order to find the husband one wants and in turn deserves.  Multiple marriages, infidelities and out of wedlock pregnancies once the story lines of Soap Operas are standard operating procedure in the South.  But again money and religion wipes a lot of tears.

Slavery is linked to the Church.  What more can I say?  Education is linked to the Church. What more can I say?  The Government is linked to Slavery.  What more can I say?  Society is tied to slavery and the reality is that we need to either offer a Guaranteed Income or in fact simply offer reparations and end all debate.  There is not enough money, not enough museums or statues or other public acknowledgements to end this debate.  It is what it is.  Own it and then start the process of acknowledging the history and move forward and that includes all Americans be those new or old.  I am exhausted of having this circuitous conversation and be called Racist as if that is enough.  What do you want me to do with that label? Tattoo it on my head?  Kill myself?  Fuck a Black man?  Really what have I done to deserve this?  Living in the South means I am a walking target for that and I am bored with it.  Call me whatever you want and I have no power, no role to change it.  What are you doing about it?  I am no fancy girl but at least I know who I am.  Do you?


Nashville needs to come to terms with its slave past

Contrary to what we want to believe, Nashville was a pro-slavery city with a thriving slave trade.
Bill Carey is a former business and political reporter and columnist for The Tennessean.


The city of Memphis recently unveiled a historical marker which mentions that Nathan Bedford Forrest was a slave trader. Perhaps this is a signal that it is time for Nashville to face up to its own past.

I recently researched and wrote a book about slavery in Tennessee called “Runaways, Coffles and Fancy Girls: A History of Slavery in Tennessee.” Much of what is in the book may come as a surprise, especially in terms of Nashville’s deep connections to slavery.

You see, contrary to what we want to believe, Nashville was an overwhelmingly pro-slavery city with a thriving slave trade. Here are some examples:

The government of Nashville used to own 26 slaves. This is not a new discovery. It has been mentioned in at least three other books, the most recent being Bobby Lovett’s 1999 book “The African-American History of Nashville, Tennessee.” However, I’m certain that very few people know this.

How did this happen? The Nashville government sent a slave trader named William Ramsey to Virginia with $12,000. Ramsey returned a few weeks later with 24 slaves which he had bought from slaveholders in Virginia and Maryland. Nashville’s government later bought two more slaves named Daniel and Betsy.

On two occasions, some of these slaves tried to escape, and the mayor of Nashville purchased runaway slave ads in hopes of tracking them down.

The heart of Nashville’s slave-trading business was at the corner of Fourth and Charlotte. In the 1840s and the 1850s, there were a series of slave trading businesses on Cedar Street, now Charlotte Avenue, with names such as Glover & Boyd, Dabbs & Porter, James & Harrison, Lyles & Hitchings, and others.

Not only did these businesses hold regular slave trades, they had “slave pens” holding up to 150 to 200 people each where people could see the slaves that they had for sale.

Today there are no historical markers to reflect this.

Slave girls as young as 13 were openly sold for sex in Nashville. One of the slave traders on Cedar Street was Rees W. Porter.

In many of his advertisements which, appeared in Nashville newspapers such as the Republican Banner and Nashville Union and American, Porter boasts that he has one or more “fancy girls” to sell—some as young as 13 years old.

It was commonly known at the time that “fancy girl” was a euphemism for a female slave of mixed blood who was sold primarily to be a concubine.

Hundreds of slaves were routinely sold at the Davidson County Courthouse. Many of these sales were carried out by the chancery court clerk and master, whose job it often was to dispose of slaves.

In my book, I documented 43 separate slave sales that occurred at the courthouse between 1836 and 1861. Combined, these events resulted in the sale of 302 slaves, at least 102 of them children.

A slave died in the construction of the Tennessee State Capitol. It is not part of the Capitol tour, but on Oct. 21, 1848, a slave who had been hired by architect William Strickland died on the job.

“A sad accident happened on Saturday, about noon, at the Capitol quarry,” the Republican Banner reported. “A negro man belonging to Mr. Baldwin, whilst at work there, received a blow from a lever, by some mismanagement, which broke his spine.
Posted by Green Goddess at 8:44:00 AM