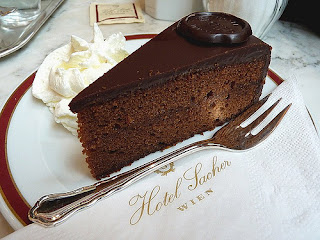 Lawyers who make laws. Hmm conflict of interest? Oxymoron? Or the ways laws should be written?

I am on the fence with how laws are written as clearly no one actually reads them. The reality is that we are a country of laws, written and administered and in turn implemented or rejected by those who write them.  And those are Lawyers or are they?  This is the breakdown of Congress in 2013 and not much has changed since that as we all know the dipshits are re-elected regardless.  I question our "Democrat" Jim Cooper here in Nashville as not really a Democrat as he does not describe himself as such and we could use some actual legislation that might actually represent the composition of Nashville.

Now true we have a big animal Veternarian, Medical Doctors, a former Reality Star, (actually not just Trump check Wisconsin on that one), a Pizza parlor owner (not the one that was a pedophile sex trafficking ring that was another Lawyer who made that one up however!)  And in reality actually few in Congress are actually Lawyers!!  What?  Yes few are funny isn't.   But also Members of Congress are sixty-eight times as likely as all American adults to have practiced law.

The Supreme Court is the only body of our Government that one actually must be a practicing Lawyer/Judge.  Or so you believe.  Nope

The United States Constitution contains no prerequisites for appointment to the Supreme Court. How many U.S. Supreme Court justices have not been lawyers and what were their names?

You are certainly correct about qualifications (or lack of same) to be considered for the Supreme Court. But every single justice on the court, dating back to John Jay, has been a lawyer; each one either attended law school, took law classes, was admitted to the bar, or practiced law.

Thought you needed a businessman in the White House well how about in a gig for life reviewing all the laws of the land. Trump hates Judges and on this one I have a slight agreement, they are not infallible nor are they under any supervision, guidance or any type of oversight.  This I believe contributes to many problems we are seeing across the country with regards to both civil and criminal law and the odd decisions and behaviors being exhibited by many Judges.  That and that are elected and not appointed by a bi-partisan committee to whom they report and are responsible to.  Truly why are we voting for Prosecutors and Judges, we know nothing about them other than bullshit promises and that means what exactly.  Note that this is often mentioned with regards to Justice reform and like everything else utterly ignored.  To quote a Nashvillian: "I don't know anything about that!"

I have immense respect for Ralph Nader until he drank the kool aid that convinced him he needed to run for President.  And while I respect that and it drew attention to the two party system and its failures it may have led to a Presidency and in turn a series of events that we can now look back in anger/amazement/shock or hey not that bad considering what is in office right now.   But in turn much of what he said came to fruition.  The reality is that Democratic party sabotaged a valid candidate and what Russian could not do the Republicans managed to shoot themselves in the foot, arm and whatever body parts were left during that bizarre primary campaign.

But now as we have the Dictator in Charge the reality is that the republic might actually become one - some cross between a Banana one and the Soviet model.  This comes in the form of disparaging the media and the source of information becomes part propaganda part bullshit and then slowly civil rights are eroded by access and in turn openness.

The first started decades ago when the banks and lenders put in an arbitration and mediation clause in all agreements to settle differences when a customer felt wronged.  The tech sector has been doing this for decades as well as a way of data mining and generating profit.  Who actually reads all the information in that agreement we check when we buy a new phone or laptop?  Then employers placed these in contracts to prevent those from often seeking jobs outside the company, under the idea of non compete and in turn prevent any whistleblowing by those who found company errors. And yes our beloved Obama Administration had no problem prosecuting whistleblowers who violated said agreements and laws in place to prevent or deter said blowers of the whistle.

Tort reform has long been a mainstay of the Republican mantra. And with Dr. Tom Price now in charge of DHS expect that will become a signature of import when it comes to Malpractice.  In many States now it is already a massive hurdle to overcome laws put in place to file a suit against a hospital or Doctor.  I live in Tennessee and they are not any different than Washington State that had both the mediation clause in the law and the mediators had to come from whom - medical providers - and in turn restored the contributory law and reduced secondary damage awards.

This I know from personal experience as I had to file my case pro se as no Attorney would touch my case as I was still alive and functioning.  Those are two factors that can severely affect one's case.

A person who has been injured by medical malpractice in Washington State should consider:

The state of Washington gives an injured party a generous three years to file a claim after an occurrence of medical malpractice but provides a less generous one-year period if the injury is discovered later than the initial three years, expected immediate discovery period in cases of obvious medical malpractice. Further, the state has an absolute eight-year statute of repose that will prevent any claims from proceeding if they are filed more than eight years after the malpractice

Washington State also treats medical malpractice claims by minors differently than many other states, specifically, in Washington State, the time limit for starting a claim does not begin to run until a person’s eighteenth birthday. A minor’s parents can still initiate a medical malpractice claim before the child turns eighteen. If that case is not filed, then the child will typically be subject to the one-year filing period after his eighteenth birthday as his injuries will probably be known by then.

Washington State’s various statutes of limitations can run into each other and defeat a party’s claim if the injured party fails to follow the rules. For example, the Washington requires mandatory mediation, and a party’s good faith request for mediation, which must occur before filing a lawsuit, that will delay the deadline for filing the lawsuit by one year. Lawsuits filed before mediation requests if other deadlines are not met, are subject to dismissal. Having a practicing medical malpractice lawyer in Washington will be essential to gaining specific clarity on the dates and statutes of limitation applicable to your individual case.

Washington State does not cap damages that a party may receive in a medical malpractice action. It does apply a formulaic approach to calculating noneconomic damages as a function of an injured party’s income and lifestyle.  Washington State also exposes attorneys’ fee to a Court’s scrutiny to determine if those fees are reasonable.  Additionally, a party’s damages will be reduced in proportion to his relative liability for his injuries. Unlike several other states, Washington State will not refuse all damages if a party is more than fifty per cent liable.  If more than one doctor or facility caused the medical malpractice, Washington State treats them as “joint and several” tortfeasors and allows the injured party to collect the full amount of damages from any one of the ostensibly liable parties.

Although not required by state statute, most or all medical malpractice claims in Washington State are supported by expert testimony to verify claims that standards of medical care were not met or followed. The depth and extent of expert testimony will vary with the facts of each case.


I tried and lost despite the fact that my case was solid. I lost as I had not filed the forms with the State appropriately deemed by law informing them that I was suing them.  That I was suing a State run hospital that is one more hurdle that is added to further eliminate the rights of citizens to sue any agency of the State regardless of the type.

As for the lack of experts (which I had yet to hire as that too is another expensive hurdle)  was debatable and cited in the Summary Judgement but that was not the issue by the Appeals Court they focused on that filing form and that yes the law does not mandate experts but it should have been addressed by the plaintiff.  They never mentioned the mediation clause which is where the case should have been remanded according to the law but again how one files matters.

This is Tort Refom. And it is coming your way.  Mr. Nader wrote this for Harper's Magazine.

The story of how tort law originally evolved from its roots in medieval England is a story of millions of actors and judicial decisions that proceeded in small but steady advances. These advances embodied the democratic principles on which our country was founded and together make up a revolutionary process of personal-conflict resolution. Tort law allows an individual who believes that he or she has been wrongfully injured in person or property to retain an attorney on a contingency fee, paid only if the plaintiff prevails. After a lawsuit has been filed, and has survived a defendant’s motion to dismiss, the plaintiff’s attorney may compel the defendant, be it a person, a corporation, or a city’s police department, to disclose factual information regarding the claim. State and federal procedures urge the contending parties to exchange all relevant information beforehand in an attempt to encourage settlements and expedite any eventual trial. The court proceedings, should there be any, are open to the press and the public. Verbatim transcripts of the trial testimony are made. In pursuit of what is called “truthful evidence,” attorneys for both sides can vigorously cross-examine witnesses. Settlement can occur at any time, but if one does not occur, the trial jury is responsible for returning a verdict and assessing damages. The judge has the authority, though it is rarely invoked, to reduce or increase the damages if he or she thinks the jury is way off base. The losing party can then appeal, again in open court. The media can track the proceedings from start to finish. No decisions by the other two branches of government come close to being so clearly refereed, so open, and so subject to public review.

The reality is that many people are entitled under the law to the truth but as we now realize the truth are just alternative facts in which we can choose those that fit our beliefs.  I believe we are in deep trouble that our rights are in jeopardy and they are by those who have no knowledge or experience in the law. When I defend a Lawyer I know we are fucked, without dinner so there will be no torte for dessert.