There is always blood

The very amusing series Silicon Valley does an excellent job satirizing the Valley cliches and stereotypes. The young dumb and the perpetually surfing, searching and speculating for the next great Google, Facebook or some other life/world changing disruption. Whatever the current buzz word or phrase that is currently the new groovy marks this generations aspiration defines the MEllinneal. 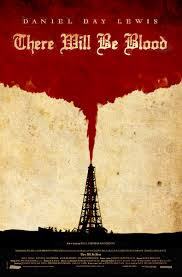 I just returned from a quick 24 hour trip to San Francisco and perhaps the most mind blowing part of that trip, as well back in the day in SF that would be quite different, is now what is the new happening hipster hangout of white privilege and that would be Hayes Valley. I did not recognize it. And that is when I said to myself "shit this gentrification thing is working out!" It was packed with the cool new urban set on a break from drizzle on a Saturday of a long weekend. I walked around and then as dusk approached I left to finish my hoof through my old city on a quest to see what changed and what stayed the same. I found that nothing was the same.

I did not go to other old spots and frankly I saw the urban cool set in their environs as if I was watching them through glass, sipping their crafted brews and eating their artisan food while one shop after another sold their version of what is now bespoke clothing for the fashionably unchic. As I walked down Market Street on my way back to the "City" (by the way SF has always referred to its inner core with that moniker) I passed a new homeless set. The Tenderloin is the bridge between the Valley via the Civic Center and has always been a problem zone, but the new Twitter headquarters is ablaze, the new adjacent markets with more artisan food and fair is there for the buildings and new luxury apartments that house the new urban chic while the doorways and side streets house the "others."

New luxury off price stores adorn the area until you get to Westfield Center anchored by Bloomingdale's and Nordstrom. The mall is the middle class type of stores with luxury off price versions of the same Saks, Nordstrom and Niemans are also there to appeal to those who cannot afford the same full price ticket stores that adorn the luxury old money set. San Francisco has always had an awkward relationship with those who have and have not as Nob Hill stood above the same hood that verged into the Castro, the Haight and the Mission each with their own class and social mores. Today I am not sure they have any distinctive marks but I chose to walk down in the other direction towards the water and PacBell where I used to live and I only recognized Fringale and the Hotel Utah, two contrasts of what defined one of many of the hoods I lived in my decade there. Times change and so do people so I walked on.

I skirted back up through the City in full rain now by Macy's and Union Square and then back to my hotel in the Civic Center. Other than the Hayes Valley I saw few of the new money and I was relieved. They were however on full display at the restaurant in my hotel, Chambers at the Hotel Phoenix, but I was too tired, hungry and a had a great suite in which to take some food from the bar back to my room and just unwind. I am sure had I actually gone to old hangouts and spent time actually going into the new happening spots my idyll would have been ruined, so I chose to avoid them and just stay on the fringe. San Francisco is good with fringe just remember that they are also the ones living in the doorways, the Bart stations and the parks. Seattle reminds me of San Francisco only that is the only thing they share, a sad focus on the tech set as saviors from its own cycle of boom, bust and renew, while casting aside those who simply don't fit the prototype.  We have always been bookends for each other, slightly pretentious, slightly arrogant but always with enough room to allow the fringe to keep on playing, trucking and living.  Only this new generation has only one philosophy, that you must be assimilated or you must leave.  There is no room for being different unless you are different like everyone else.  That said. some places are just cities of resilience that will always survive despite it all. And this is another cycle which is coming to an end. Was Detroit, Cleveland and Philly cities like that in their day? I suspect at one point they were and may well be again some day, just not in mine.

This article in the Guardian I think sets the bells warning that good times are ending but those who will be cleaning up the blood were always there but there will be those who are the succubus's of the blood, the leeches, the carpetbaggers who came there to get the first taste that will feel the burn and the pain, the bloodletters well they have an app for that, and they have no problem living 6 to a room already so they should be just fine. But there is a BART stop that has a place should they need it.


Silicon Valley braces itself for a fall: 'There'll be a lot of blood'

Wannabe entrepreneurs are still piling in to San Francisco, but there’s a sense that time is running out on the exuberant startup world

A sharply dressed French investor is leaning against a doorway, arms folded and his expression slightly bemused. Philippe Suchet is considering the latest raft of hopeful new technology entrepreneurs that have presented at 500 Startups – a major hothouse for up-and-coming Silicon Valley talent.

There’s no shortage of enthusiasm and ideas in the valley, but Suchet is sceptical.

One of the founders walks by handing out his newly venture-backed meal replacement called Ample, whose label says: “Formula version 1.3 better because science.”
The stories you need to read, in one handy email
Read more

Suchet raises his eyebrows and nods.

The last few months have been hard on Silicon Valley startups, as a series of “down rounds” across the tech world chop established companies in half and stock collapses move billionaires back to millionaires. There’s a sense that San Francisco’s excess is peaking; investors asking for their money back, house-flipping seminars popping up across Facebook, and gold-flaked pizza signal the end of times.

But tonight was a party, an exuberant group of 125 founders presenting their brand new startups. Most had just moved to San Francisco, and each raised $125,000 in January 2015 as part of Dave McClure’s 500 Startups accelerator.

“Being six in a two bedroom is uncomfortable, but it pays off in the end,” says a young woman whose new startup puts up Instagram ads for e-commerce sites. A panelist giving advice describes himself as having “lived a life of aggressive networking”.

This is McClure’s biggest single accelerator batch ever – 53 companies initiated at once for his four-month training program, each of which gives him a 5% stake. McClure is the closest to a startup mass production factory that there is – last year he invested about $60m in 600 companies, and this year he’s aiming to invest around $100m in even more.

“It’ll be smelly,” he says, looking around the crowded open-plan office.

The room has the sour, wet, warm smell of bodies and pizza. There’s a scruffy grey carpet with various stains. The ceiling’s exposed with fluorescent lights. It’s a minimalist decor, white walls, folding black plastic chairs. Behind the presenters is a large screen and two small posters that read: “Bullshit Free Zone” and “Complaining Is Not a Strategy”.

One beam has a poster of McClure as a genie coming out of a bottle with a falcon on his shoulder. There’s a small camera on a stick hanging from the ceiling to record the presentations. As is normal, all the startup founders are in casual wear and the VCs by their uniform suit jackets and dark jeans.

McClure watches from the floor. He’s in a black shirt that reads: “500 Strong.” When he doesn’t like a pitch, he shouts: “Buzzword bullshit!”

The startups are a good cross section of what gets seed funding in Silicon Valley.
Advertisement

There’s a company selling ad-blocking software for live-streaming videos, another promising to put all the financial advice you need on a sticky note and somehow monetize this. One woman presents an Airbnb management company. There’s a digital sewing stencils company. A founder says he “designs, builds and sells electric bikes as a service”, echoing the meme “software as a service” to describe his bike shop, and another who’s created “a marketplace to invest in your favorite poker players”. There’s Yodder, an on-demand acne prescription service: “Upload a photo, download a prescription. Remember, life’s already bumpy so keep your skin smooth.”

There are a lot of somewhat shady and questionably legal financial tech startups: one guy presents a company that gives “instant credit through your smartphone in 180 seconds minus the credit check.”

And then another that works as a middleman with bail bondsmen, referring to them as an “underserved industry”. “They’ve been a little demonized because they’re viewed as predatory – the payday loans, bail bonds guys”, the founder Jordan Kelley says. “We make high risk much lower risk but introducing a familiar, friendly brand: Romit.”

And finally an earnest guy in a dress shirt gets up to pitch Halolife, an e-commerce site for burial services.

Bedy Yang, a partner at 500 Startups, says everyone’s waiting to see what happens after demo day, when the companies start looking for funding: “There’s a fear that right after demo day we’ll know whether they can raise money or not. It’s almost like a thermometer.”

At the end of the night, founders sit at long communal work stations laughing about their new high rents and what drew them to San Francisco.

Bradley Deyo, a 24-year-old sharing a one-bedroom with his brother and co-founder, just went to an event in Sunnyvale and found a parking space that said “Venture Capitalist parking only,” he says, showing me a picture on his phone.