The Revolution is coming 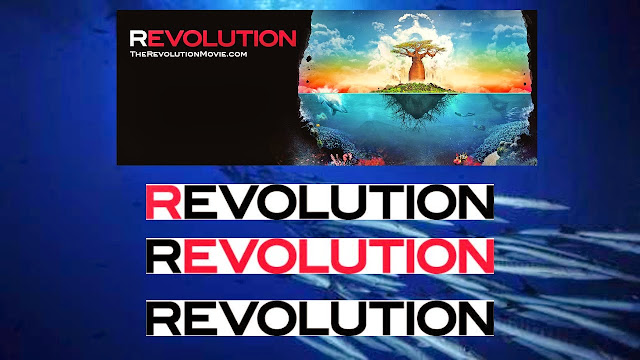 Revolution is the follow up to the hit Sharkwater, by film-maker Rob Stewart.

What the film does is bring us on an adventure 3.5 billion years in the making – from the evolution of life to the revolution underway to save us. Filmed over four years in 15 countries, Revolution captures some of the most remarkable wildlife spectacles ever recorded, and gives audiences a firsthand look into the biggest battle ever fought.

Discovering that its not just sharks that are in jeopardy – but us – Stewart looks to the evolution of life and past revolutions in order to uncover the secrets necessary to save our world. Joining the activists and youth fighting to save their future, Stewart’s journey of hope is startling, beautiful and provocative, revealing this crisis as an opportunity for everyone to become a hero.

The visual and imagery from sea to land is extraordinarily well done. We have often become spoiled by the BBC series of Blue Planet and Planet Earth but those are films about nature this is a film about the role of people and their role in both the destruction and perseverance of the planet and the animals that reside among us.


Nature is not something in which to be conquered and overcome as done once in ancient empires it is to live among and alongside in harmony and collaboration.

The film does an amazing balancing act showing how that struggle affects us all in the name of profit, in the search of fuel and food for the people of the planet and of which we depend and in turn which we are destroying in the process.

The message is powerful but it is not overpowering. Mr. Stewart graciously presents the facts, the familiar faces and the not so familiar voices that all have a role in the struggle in which survival is just for the fittest.

We can easily be the voice in this struggle. There is no question we can do something to change how we live and the way we live. We are not alone and we are all in this together.
I can only recommend this highly. Revolution balances the act of science with passion and rage but in a voice of tempered reasoning and from a place of good intent.

Be grateful that we have such voices for without them the Earth may grow both silent and cold.

Revolution has already been cited and awarded in film festivals around the world and now that world can come to you.

To see the documentary Revolution you may purchase a copy here

For every film purchased online and through the embed code links, $1.00 will go directly to the World Wildlife Fund! The remainder of each purchase is being put towards supporting Sharkwater Production’s continued mission of raising awareness and funds for conservation through its current and future environmental movies and through Rob’s other work with ecological organizations.

Thank you for your help in furthering this mission to save our environment. Join the Revolution.